How much was Tupac Shakur worth?

Who Is Tupac Shakur

Tupac Shakur is the stage name of Lesane Crooks, a popular American rapper and actor. Often called 2Pac instead of Tupac, the talented rapper is considered by many people to be one of the greatest and most influential rappers of all time. He began his music career in the late 1980s and in no time became one of the most successful names in the music industry.

Throughout his short career, Tupac has released five studio, ten compilation and seven posthumous albums. He has been noted in the past century mostly for addressing the contemporary social issues and is considered to be a symbol of activism and resistance against the human inequality. At the peak of his career, the rapper starred in multiple movies which further boosted his popularity. As of 2021, Tupac is one of the best-selling artists of all time, having sold more than 75 million records and he is also an inductee into the Hip Hop Hall of Fame.

American rapper Tupac Shakur had a net worth of only $200 thousand dollars at the time of his death in 1996. Today his estate is worth an estimated $40 million from record sales and merchandise sold after his death at the age of 25.

How Did Tupac Shakur Get Rich?

The main reason why Tupac was so rich was his desire to be a successful rapper. He began rapping when he was a teenager in 1989. At that time, he used the name MC New York. Simultaneously with recording his own songs, the aspiring rapper attended Leila Steinberg’s poetry classes. Steinberg was the one to organize Tupac’s group (Strictly Dope) a concert and decided to become their manager. Thanks to Leila Steinberg, Tupac was offered a recording deal with the rap group Digital Underground, in which he was a backup dancer and roadie.

The group’s first project was released in January 1991 – an extended play titled “This Is the EP Release”. Later that year, having gained thousands of fans and singing a recording deal with Interscope Records, Tupac decided to focus on his solo career and released his debut studio album called “2 Apocalypse Now”. The album was met with positive reviews and it contains 13 songs. Among some of the songs are “Brenda’s Got a Baby”, “If My Homie Calls”, and “Trapped”, which would go on to become some of the rapper’s most liked songs.

In just a few months time, the rapper’s first project was certified gold by the RIAA for selling more than 500,000 copies in the United States. What made the album so well-received were both Tupac’s political hip hop style and focus on several topics. With the project, the rapper focused on racism, black on black crime, police brutality, teenage pregnancy, and poverty. Even now, the album is still considered one of the best hip hop albums from the 1990s mainly because it addresses the urban black concerns among other important subjects.

What made Tupac so famous are his acting skills, intriguing West Coast hip hop style, daring and original fashion choices. Tupac, who was born with the name Lesane was born and raised in New York City. He was born on June 16, 1971 and was renamed just a year after his birth. During his childhood, Tupac moved to Baltimore, Maryland with his family. There, he studied acting, ballet, jazz, and poetry at the Baltimore School for Arts.

In his early years, Tupac became more and more interested in music. Among some of the artists that he listed as his inspirations were Culture Club, Kate Bush, Sinead O’Connor and U2. While attending the Baltimore School for Arts, Tupac also began performing in Shakespeare’s plays. Towards the late 1980s, he focused his attention to rapping and eventually moved to California to further pursue his music career.

Tupac Shakur’s success came after the release of his debut studio album. In 1993, he released his second album titled “Strictly 4 My Niggaz”. It was a commercial and critical success that emphasized more on Shakur’s sociopolitical views. Unlike his first album, most of the songs in the rapper’s sophomore album were collaborations with other artists such as Ice Cube, Ice T, Live Squad, Wycked, and Treach. At the same time, Tupac, alongside Big Syke, Mopreme, Macadoshis, Stretch, and The Rated R formed a group called “Thug Life”.

Continuing the momentum after his third album, the prosperous rapper released his fourth album “All Eyez on Me” in February 1996. Just like the previous album, it was a commercial success and it not only topped several music charts such as the Billboard 200 but also received nomination for a Grammy Award in the category “Best Rap Album”. The album included some of Tupac’s most eminent hits – “California Love” and “How Do You Want It”. Later that same year, in August, Tupac would release his fifth and final album “The 7 Day Theory”.

Surprisingly, at the time his last album arrived, Tupac began using the new stage name “Makaveli”. His final project became one of the most successful albums of the year, topping the Billboard 200 chart for a number of weeks before being certified platinum by the RIAA for selling more than 300,000 copies. Simultaneously with rapping and releasing new music, the talented Tupac starred in several films and television shows. Among some of his most reminiscent roles are in the films “Poetic Justice”, “Above the Rim”, “Bullet”, “Gridlocked”, and “Gang Related”.

When it comes to Tupac Shakur, or simply 2Pac, he is one of the most illustrious rappers of all time. Thanks to his unique personality, high fashion style and most notably fantastic acting and rapping abilities, it didn’t take too long for the multi-talented 2Pac to take over the world. Besides gaining millions of fans from around the world, the rapper has often been cited as an inspiration to many established artists such as The Game, Eminem, Nas, and Talib Kweli among many others. 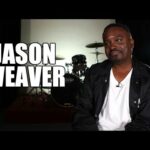