How much is Tyga worth?

Tyga is the stage name of Michael Stevenson. He was born on November 19, 1989. Tyga is a backronym that stands for Thank You God Always. He is an American actor, rapper, singer, songwriter, and television personality. He began his musical career in 2004 and quickly became a sensation in the United States. For well over a decade, Tyga has released hit singles and a total of 8 music albums.

In 2008, Tyga hit the peak of his career as he signed a recording contract with three different labels – Cash Money Records, Republic Records, and Young Money Entertainment. Soon after that, he released collaborations with popular artists such as Drake and Lil Wayne which further elevated his career and boosted his popularity.

American rapper, singer, songwriter, actor, and television personality Tyga has an estimated net worth of $3 million dollars, as of 2023. Tyga signed with Young Money Entertainment, Cash Money Records and Republic Records in 2008.

Tyga is famous because of his rapping, even though he has appeared on TV and in film, it’s his rapping skills that have caught so many’s attention. Although he was interested in pursuing a singing career during his teen years, the rapper first began releasing demo tapes and mixtapes in the late 2000s. His debut mixtape was released in 2007 and it was titled Young On Probation.

It rapidly gathered the attention of Travie McCoy (debated cousin) and he offered him a record deal with DCD2 Records – an independent label. Besides DCD2 Records, Tyga also signed a record deal with G.E.D. Inc at that time. A year after he began releasing music, Tyga released his debut album No Introduction in June 2008.

With the success of his first album, Tyga was offered a deal with Young Money Entertainment – Lil Wayne’s label. After he was signed, Tyga began appearing on more collaborations with popular artists like Chris Brown, 2 Chainz, and Lil Wayne himself. In February 2012, he released his second studio album – Careless World: Rise of The Last King which received generally positive reviews from the critics.

Tyga started to become rich after he signed with major label companies such as Cash Money Records, Universal Republic Records, and Young Money Entertainment. After the release of his second album, the rapper continued to gain success as he released hit singles like “Rack City”, “Faded” (featuring Lil Wayne), and “Far Away” that climbed to the top 10 in the rap music charts.

In 2013, Tyga released two new mixtapes that featured singles with the likes of Justin Bieber, DJ Mustard, and Young Thug. Throughout 2014, Tyga had multiple issues with his label Young Money Entertainment over an album that many believed could be the rapper’s best. He even lashed out at the record label for, quote “not allowing him to release his music and holding him hostage”.

In June 2015, the album, titled The Gold Album: 18th Dynasty was released independently and became the rapper’s worst-selling album. In just one week, it sold less than 5,000 which marked the beginning of a long period of poor sales.

Tyga was successful because, besides rapping, he also worked a lot of awards and reality shows, as well as television series and movies. In 2014, he met the model and television personality, Kylie Jenner, whom he dated for three years. The controversial relationship between the two and his appearances in the television series Keeping Up With The Kardashians contributed to his popularity. What made the relationship so talkative and controversial was the age difference between the two. By the time they dated, Jenner was 16 years old and the legal age consent in California is 18.

At the same time, while he was dating Jenner, in April 2015, Tyga announced that he will be hosting his own reality television series on MTV2. The series titled Kingin’ with Tyga premiered on July 24. The series focused on the life of the rapper, how he was pursuing his music career and also, the chronicles of his luxurious lifestyle.

Tyga’s own show had 2 different seasons both consisting of 6 episodes and it concluded in September 2016. In the summer of 2017, it was announced that he will star in the third season of the VH1 television series Scream. Tyga portrayed the role of Jamal Elliott and he was a series regular for the entire season.

During a long period of poor sales, in 2018, Tyga released his sixth album titled Kyoto. The album became the rapper’s first to fail to chart anywhere, it was sold poorly and it was panned by critics. However after a few years of poor sales and continued effort, Tyga released a hit single named “Taste”.

The song featured Offset, a rapper from the trio Migos, and it immediately became a global hit. It climbed various charts and peaked at number 8 on the Billboard Hot 100. Not only did the song mark his first to enter the Billboard Hot 100 in three years but it was also certified 4x platinum by the RIAA.

Right after the success of “Taste”, many considered it to be Tyga’s “comeback” track that helped him revive his career. In 2018, the rapper continued to release hit singles – “Swish” and “Dip” (which features Nicki Minaj). Both songs were certified gold and platinum, respectively. In 2019, Tyga released his seventh studio album titled Legendary. The album was certified gold by the RIAA and it debuted at number 17 on the Billboard 200 chart. It sold approximately 24,000 album-equivalent units and became Tyga’s highest-charting album since he released his collaboration album with Chris Brown in 2015.

From the releases of his music, and to a much lesser extent, his appearances on TV and his clothing store. Tyga has had career earnings of around $13.5 million dollars.

From looking at his releases and his activities in general, as well as his overall career earnings. It may lead some to conclude that Tyga is richer than he really is. However in 2015, it was reported that the state of California were looking for $19,000 in unpaid taxes. The IRS had in 2014 been after another $120,000. In 2016 it was reported that Tyga was having his G-Wagon reposed after having failed to make payments.

While not paying the government taxes owed is about the worst thing that an individual can do financially. Don’t be too hard on Tyga because it may be that he was owed money, as well. In 2018, it was reported that Tyga commenced a lawsuit against Cash Money Records and Young Money Entertainment for allegedly not paying him royalties on records sold. The extent of the withholding of royalties, or if indeed that was the case, is unknown.

However, it appears that Tyga has struggled in his financial life. It also appears that he has overspent and likely has not properly accounted for and invested his wealth. Of course, it is difficult to know if he is indeed overspending that much, or simply fronting about how much wealth he has actually made.

Between the years of 2011 and 2014, Tyga was in a relationship with Blac Chyna. It has been reported that Tyga purchased a mansion in Calabasas, California around that time for around $6.5 million dollars. They also had one child together in 2012, born in that same mansion. The property however was later reported to have been leased and not owned by Tyga, and it was also reported that he owed some $80,000 in rent as well.

Overall, when considering Tyga’s finances, he has to have had to pay some 48% in taxes on his $13.5 career income. However still, that would bring his career earnings to around $7.02 million, having paid $6.48 million dollars in taxes. Why Tyga has been in debt to the government and allegedly to his landlord as well, is unknown. It seems plausible that he has spent quite some of his fortune and hasn’t wanted to pay anymore. Overall however, it appears that Tyga may have a net worth of no more than $3 million dollars.

Tyga was one of the rising stars of the music industry in the 2010s. He has released 7 studio albums, received many awards, and even had his own television show that focused on his life. In the past few years, thanks to his unique personality, distinct discography, and hit collaborations with popular artists, Tyga has received a lot of attention from people all over the world. Despite going through years of poor sales and failed albums Tyga has refused to quit, making a come back in 2018 and showing the world why they loved his music in the first place. 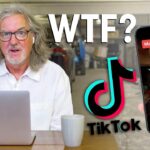 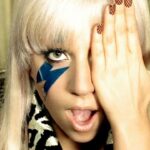