How much is Chris Pratt worth?

Chris Pratt has become one of the most recognizable faces in Hollywood since being discovered waiting tables in Maui. He was discovered by actress and director, Rae Dawn Chong, and since then, Pratt’s ever-increasing profile and non-stop starring roles in Hollywood blockbusters year after year has turned him into an icon. He has trained a group of velociraptors in Jurassic World, gone in to space with Jeniffer Lawrence in Passengers, and become an MCU superhero in Guardians of the Galaxy, and that was all in the span of just two years.

American actor, known for starring in both television and action films Chris Pratt has an estimated net worth of $75 million dollars, as of 2023. In 2014 Pratt’s role as Star-Lord, in Marvel Studios’ Guardians of the Galaxy, established him as a leading man.

In his early days of acting Pratt was a homeless waiter, and he has openly admitted to eating scraps off people’s plates and stripping for $40. Unlike a lot of actors who get there big break at a younger age, Chris Pratt didn’t hit the big time until he was 34, when he was cast as the most lovable superhero in the Marvel Cinematic Universe, Star-Lord in Guardians of the Galaxy.

To begin with, Pratt had a lot of on and off roles over several television shows, most notably in The O.C. and Everwood. He charmed his way up the ladder to eventually gain small roles in Hollywood movies starring the likes of Angelina Jolie, Anne Hathaway, and Megan Fox. In 2009 he was cast in Parks and Recreation, a show influenced by The Office, full of odd characters and outlandish scenarios, which was extremely popular and lasted for seven seasons. Due to the insane popularity of the show, Pratt was one of many actors in Parks and Recreation to be offered a lot more opportunities and starring roles in movies.

After the success of Guardians of the Galaxy, Chris Pratt would go on to star in more massive-scale movies, including becoming the face of another billion dollar movie franchise, Jurassic World. Being the first movie in the franchise since Jurassic Park 3, which received a very tepid response commercially and critically, Jurassic World was a huge success despite being moderately successful among critics. Though this could be accredited to the high concept and the return of dinosaurs to the big screen, Pratt’s now A-list stature definitely helped the movie surpass the billion dollar mark.

Pratt has also done a lot of voice work for very popular animated movies, such as The LEGO Movie, which spawned a sequel, and the most recent Pixar movie, Onward, starring alongside his Marvel cohort Tom Holland. He also shares his likeness and lends his voice to video game tie-ins, and even filling Alec Guinness and Ewan McGregor’s boots by voicing Obi-Wan Kenobi in Kinect Star Wars: Duel.

Choosing these roles is a smart move by Chris, as he chooses parts that almost always get green-lit for a sequel, and he is always open to doing them. Guardians of the Galaxy Vol. 3 is set for release in 2023, and Jurassic World 3 was released in 2022 earning $1.001 billion at the global box office.

Guardians of the Galaxy Vol. 3 will be Pratt’s fifth appearance in the MCU, and if his estimated $20 million salary for Avengers: Endgame is anything to go by, his pay check for the upcoming release could see his net worth increase substantially, especially as being an executive producer on The Tomorrow War will get him a huge backend cut, meaning a portion of the movie’s net profit.

A lot of that success can be attributed to Pratt’s endearing and relatable take as Star-Lord, a music loving, seemingly simple guy who is completely out of his depth but armed with a canon of witty responses. It could be argued that Pratt created the modern day charismatic superhero role which is what would pave the way for future movies and influence the writing of dialogue in Marvel movies. After Guardians,’ the studio would go on to hire more comedy actors than dramatic actors, such as Paul Rudd and Kumail Nanjiani.

Pratt also had the most shocking body transformation out of any superhero yet. From being the overweight couch potato in Parks and Recreation to the sculpted hard bodied Star-Lord in Guardians of the Galaxy, comedy-actors cast in these roles would again follow in Pratt’s footsteps by working out harder and out-doing the hero that came before them. He said himself that he charmed his way into the industry, and Pratt’s success really comes from him being relatable and an every-man put in positions we can only dream of, which has made him a very bankable star.

Chris Pratt’s net worth is estimated to be currently sitting at around the $75 million mark, which has increased due to roles in movies like Onward and The Tomorrow War. Pratt may have got his start later than most but his commitment to his career and his craft has seen him on Forbes magazine’s list of the “world’s highest paid actors” almost every single year, since 2015. As long as he continues to make sequels and animated movies, it’s unlikely that Pratt’s meteoric success will dissipate anytime soon. It’s our guess that we’re going to be seeing and hearing him in more movies than ever. 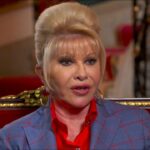 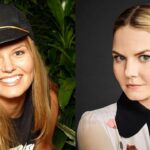