How much is Gisele worth?

You’ve seen this angel stomping the Victoria’s Secret catwalk as one of the highest paid models in the world.

Who Is Gisele Bundchen

From lanky teen growing up in Brazil to Victoria’s Secret angel and highest-paid model in the world, Gisele Bundchen has carved out the kind of modeling career girls only dream of. She redefined “sexy,” built an empire, snagged a coveted sports idol and made models “super” again.

Brazilian model Gisele Bundchen has a net worth of $450 million dollars, as of 2021. She is married to American football quarterback, Tom Brady.

Gisele Bundchen was born July 20, 1980 and raised in Horizontina, a small town in southeast Brazil, in a family of six girls (one of which is her fraternal twin) of German and Brazilian descent. Growing up, she was teased by her classmates—“I was taller and skinnier than everyone else,” she said—earning her the nickname “Oli” after Popeye’s pixel-thin girlfriend, Olive Oyl.

Bundchen used her height in sports, and trained from an early age to be a volleyball player. At 13, she attended Dilson Stein’s Mannequin course at the insistence of her mother, a class for posture and runway walking for young girls who want to be models. The next year, the class took a trip to São Paulo, where Bundchen was discovered, in a shopping mall, of all places, and she is probably the only model alive to be discovered as a world-class beauty while eating at a food court McDonalds.

Return Of The Sexy Model

From her debut, Gisele’s momentum was unstoppable. She placed second in a Brazilian national modeling contest, Elite Look of the Year, and fourth in an international contest held in Ibiza, Spain. She moved to New York in 1996 to seriously pursue modeling—a decision she says was hard, but coming from a poor family in a poor country, it was an opportunity she couldn’t pass up.

Within a year, she caught the eye of acclaimed photographer Mario Testino—“I was mesmerized by her,” he told People magazine—who convinced fashion designers to take a chance on a girl who hadn’t yet seen her 18th birthday. She was first seen in American check-out stands on the May 1998 cover of Allure magazine, and graced the cover of Vogue three times in 1999, the same year she was named the VH1/Vogue Model of the Year.

The magazine gave her the title, celebrating the “return of the sexy model,” and Gisele was credited with single-handedly ending the heroin-chic, deathly pallor era of American modeling. At 20, Gisele stunned from the cover of Rolling Stone, which called her the most beautiful woman in the world. It was in 2000 that she would also join Victoria Secret’s cadre of models, becoming the face (and body) of the lingerie giant for the next seven years.

In addition to her galaxy of endorsements and fashion contracts, Gisele started a flip-flop line called Ipanema—the highest selling sandal in Brazil—and owns a hotel, The Palladium Executive. Though she doesn’t consider herself an actress, she has also had supporting roles in two films, Taxi and The Devil Wears Prada.

A self-described “private person,” she has been reticent to speak of her personal life. She had a long-term relationship with actor Leonardo DiCaprio that was splashed all over the tabloids in the mid-2000s. But she found lasting love in 2006 when she began dating NFL quarterback Tom Brady. The two married in February 2009, and in December of that year, Gisele gave birth to a son, Benjamin.

With more than 600 magazine covers around the world and still going strong, Bundchen is indisputably a supermodel—and may be the last. In 2007, Claudia Schiffer decried the end of the age of supermodels, with the exception of Gisele. Naomi Campbell, reflecting on the term in 2008, said that “supermodel” is thrown around too loosely, and that models have to earn their stripes. “Kate Moss was obviously a supermodel,” Campbell said, “but after Gisele, I don’t think there’s been one.”

Defining Quote “For me to be a model–I had to leave my family. Do you think I liked that? No! There are sacrifices. Life is meant to be a challenge, because challenges are what make you grow. How boring it would be if we knew what was going to happen tomorrow.” 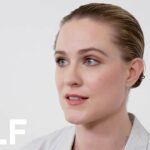 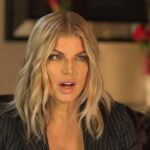