How much is Miranda Kerr worth?

Miranda Kerr is a model who is known for becoming the first Australian Victoria’s Secret model, owning her own brand of skincare products, KORA organics, and being the author of several self help books. Known for her distinctive dimples, Kerr rose to fame as a teenager in the mid-90s as a model, and has gone on to feature in several TV shows, such as How I Met Your Mother, and music videos for songs by Kanye West. The model now makes tens of millions of dollars from marching up and down catwalks for world famous designers like Dior, Chanel, Loewe, and Stella McCartney.

After first modeling at the age of 13, Kerr immediately started winning awards, with the first being the 1997 Dolly magazine model search competition.

The 2000s introduced her to the modeling industry tenfold as she walked on runways for Levi’s, Nicola Finetti, Alex Perry, and many more before featuring in print magazines such as Elle, Australian Vogue, and Harper’s Bazaar. Ten years after she got her start, Kerr was offered a contract as a Victoria’s Secret model in 2007, which is the most exclusive group of models in the industry, and being associated with it turns models in to superstars over night.

Australian model and businesswoman Miranda Kerr has an estimated net worth of $45 million dollars, as of 2023. As one of the Victoria’s Secret Angels, Kerr soon became one of the most popular models in the world. She married billionaire Snapchat founder Evan Spiegel, in 2017.

Kerr’s popularity rose exponentially as not only was she one of the most famous Victoria’s Secret model for those years, but she even featured in an episode of the hit CBS television show, How I Met Your Mother. She also starred in the music video for the track “Number One” by rappers Kanye West and Pharrell Williams. In the 2010s, Kerr’s profile grew even further as she set the precedent for being the first pregnant woman to feature on the cover of Vogue in 2011, being six months pregnant at the time.

And in 2012, Kerr was chosen by Victoria’s Secret to model the prestigious Fantasy Treasure Bra, which made headlines for costing $2.5 million.

On top of her work in the modeling industry and appearances on television, she is also known for her dating history, which has been heavily documented over the years. As movie stars have a tendency to flock to Victoria’s Secret models and vice versa, Kerr famously hit it off with Pirates of the Caribbean star Orlando Bloom in the late 2000s, even going so far as to getting married. In 2015, Kerr’s dating life again made headline news when she started dating billionaire Evan Spiegel, the co-founder of Snapchat.

Kerr has been consistently listed as one of the highest earning models on Forbes since 2008. 2013 was the best year financially in her modeling career, as she was ranked as the second highest paid model by Forbes, earning $7.2 million that year.

That figure was largely thanks to becoming the face of the Austrian jewellery brand, Swarovski. But that isn’t to so that it went downhill from there, as Kerr made just short of seven million dollars in 2014 after becoming the face of H&M and working with Reebok and Wonderbra.

Kerr has a passion for beauty and skincare, and using her savvy business skills she stopped giving vogue her tips and tricks to keeping her skin glowing and her eye lashes curly, and she started KORA Organics after studying nutrition and health psychology in college.

The brand is now sold in 30 countries all over the world and it has won dozens of awards year on year, including the Allure Best of Beauty, which won the brand won for three consecutive years.

In 2015, Kerr was the cover model for Harper’s Bazaar two months in a row, and with continuing her fruitful partnership with Swarovski, the model made an estimated $6.5 million that year. However, the most financial success Kerr found in 2015 was meeting Evan Spiegel, the co-founder of Snapchat and a self made billionaire. Spiegel has an insane net worth of over three billion dollars after selling the phone app to Facebook. Kerr and Spiegel got married two years later.

The model’s success is owed to her genes, as she is often regarded as one of the sexiest women in the world. She has been ranked by FHM’s 100 Sexiest Women list several years over, as well as the 100 Hottest Women of All Time list, and is placed in the top 10 of the sexiest models on Models.com. In a vote conducted by AskMen about the sexiest women alive, she peaked at number five in 2011.

Kerr’s trademark are her deep dimples, which is why she became one of America’s favorite models in the world, despite her Australian nationality.

She has been noted as having a girl next door kind of look thanks to her dimples and is often regarded as “cute” more than anything. Though Kerr is a supermodel, she has a look about her that doesn’t intimidate other women and doesn’t make men feel too scared to approach her. She is also one of the smartest models in history, as it wasn’t just her looks that attracted billionaire Spiegel.

In some ways, Kerr has a banker to thank for her resurgence in the 2010s, as an employee of the Sydney Macquarie Bank, was caught looking at naked photos of her in the background while talking interest rates on live TV. The clip was uploaded on to YouTube and it received millions of views in mere days.

This reignited the press’ interest in the famed supermodel, and it increased how many times she was searched for on Google by 1000% or more.

Miranda Kerr’s looks are an important factor in her success. Her dimples and unique beauty, combine with her smarts, have helped her all the way through her modeling career an up to an astonishing estimated net worth of $45 million. But combined with her husband, Evan Spiegel, that figure grows over 5000%.

While spending time quarantined, Kerr put a lot of her time into her YouTube account, which features anything from workouts and yoga to smoothie making and boxing. 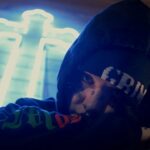 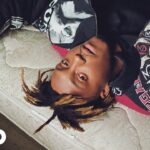