How much is Ken Jeong worth?

He is famous as Ken Jeong, but his birth name is Kendrick-Kang-Joh Jeong. Ken Jeong is a child of two South Korean immigrants and was born in Michigan in 1969. He is known as a comedian, actor, producer and TV personality. He also holds a medical degree. While he was born in Detroit, his family didn’t stay there long. He was raised in North Carolina.

He was always a talented kid academically and graduated high school early at the age of 16. He went to Duke University for his pre-med phase of education. It was there that he fell in love with acting. At the time, he considered switching his major to drama but stayed with medicine. He obtained his medical degree in 1995 at the University of North Carolina. But he was still in love with theater and drama, so on the side, he also took theater and acting lessons at UCLA.

American comedian, actor, producer, writer, television personality and licensed physician Ken Jeong has an estimated net worth of $13 million dollars, as of 2022. Jeong serves as the host of, I Can See Your Voice.

For the first eight years of his professional life, he worked primarily as a doctor. He moved to Louisiana, where he worked as a resident for the field of internal medicine.

The little free time that he had he spent in and around comedy clubs. He was a regular at open mic nights all around Louisiana. While still a resident, he even competed at various comedy laugh offs. One such was the Big Easy Laff Off in 1995.

He thrilled judges and audience alike and won the competition. There were two really important judges on the panel, the president of NBC Brandon Tartikoff and an important figure in the Improv and stand up comedy scene Budd Friedman. Both of them implored him to move to Los Angeles and start his comedy career. This was the match that ignited Ken Jeong’s career and rocketed him into global fame.

It would still take him three years, however, to find a good enough job in Los Angeles so he could move there permanently. He moved to Los Angeles in 1998 and worked as an internal medicine resident at Kaiser Permanente hospital. He was now a regular at various comedy clubs including the famous Laugh Factory.

His success in comedy clubs got him various roles in TV, including Two and a Half Men with Charlie Sheen and the series Entourage with Jeremy Piven. As well as into movies, most notably an early role as in Judd Apatow‘s Knocked Up where he played the doctor Kuni. Jeong attributes his role in the film for getting the part in the The Hangover franchise.

He wasn’t sure at the time if it was the right role for him and says, “It was my wife that insisted I do ‘The Hangover.'” He never looked back.

In total, The Hangover franchise grossed $1.416 billion at the box office.

While Ken was only a cameo in the first two movies, in the third he was a significant part of the plot and shared a lot of air time with the three main protagonists; Bradley Cooper as Phil, Ed Helms as Stu and the hilarious Zach Galifianakis as Alan.

In 2010 he would be added to the star-studded and weird cast of Community. With Dan Harmon at the helm, Community would become one of the most important sitcoms in the last 20 years and would run for almost 10 years. And Ken Jeong’s “Senor Chang” was an instrumental force in that success. He was even nominated for the MTV’s male breakout star award for his roles as Chow and Chang.

“That’s what I loved about ‘Community’ – we had one of the most diverse casts on TV, but we didn’t emphasize culture. And yet, we also didn’t run away from it,” Jeong has said.

While he was a great stand up comedian throughout his life, he only released his first comedy special in 2019. It was titled You Complete Me, Ho and it was inspired by and dedicated to his wife Tran Ho.

In 2015 he developed, produced, wrote and starred in his own show called Dr Ken. It is very loosely based on experiences in his life or if things had gone another way for him and he had become a doctor. It follows a doctor who struggles to balance his work life and his life back home. It ran on ABC for two seasons yet didn’t meet with much success. Most of Jeong’s money has been earned through his movie work.

Ken Jeong would finally breakthrough and become a full-time actor and comedian following the movie Knocked Up in 2007. The movie was a massive success grossing $219 million dollars at the global box office. Soon after, he would receive two roles that would shoot his name into the stratosphere of the comedy and entertainment world. The first was the role of “Mr Chow” in the smash comedy hit The Hangover with Bradley Cooper. For the global movie audience, that was the first time they had seen how funny Ken Jeong could be in a movie.

Overall from his film and TV work, it is estimated that Jeong has had career earnings totaling $20 million dollars. He has appeared in over 100 different productions but often his roles are small or even cameo appearances. He has also earned a little from producing, writing and directing.

Of that amount, around $2 million is expected to have been paid in business related costs. The remainder, $18 million, will have been taxed at a rate of around 47% as Jeong has been residing in the state of California. After tax, it is estimated that his career earnings are at around $9.54 million dollars, having paid $8.46 million dollars in taxes.

Ken Jeong married Tran Jeong in 2004 and they remain together. They have two children together, Zooey and Alexa Jeong, and their private lives they have kept mostly private. Jeong’s wife, Tran Ho, is a Vietnamese American family physician, and a breast cancer survivor.

There are a couple of things that set Ken Jeong apart from your average person. He is a very smart, dedicated and studious person. One doesn’t get to graduate high school, college early and get a medical degree from one of the most prestigious colleges in the USA if you are not very smart indeed.

Without proper planning and dedication, he wouldn’t have managed to keep his education on track and in order. This tells us that Jeong has likely been diligent about his finances. He will have invested in safe bets like bonds as well as likely precious metals. He has also risked things in his career, as well. With being a doctor, there comes a lot of reputation. Jeong having been working as a comedian on the side would have likely caused some to have doubts about him. Nevertheless, he was ready to risk it all on making comedy and acting his main profession and that is exactly what he did.

This type of personality has likely also invested some money in the stock market and already earned a good return on his investments. He has also invested in real estate, including a Tudor-style estate in Calabasas, California which he purchased in 2016 for $3.95 million. Then in 2017 he sold a smaller property that he had previously purchased in 2010, also in Calabasas, for $2.4 million, having originally purchased it for $1.64 million.

Jeong has also given money away making donations to charities such as American Cancer Society, Cancer Research Institute and Stand Up To Cancer.

Ken Jeong has fulfilled the American Dream. A child of immigrants, he has worked hard, got educated and made a career that has made him rich beyond his wildest dreams. He sacrificed a lot for his career, even a budding medical practice. It took a lot of willpower and energy to juggle two such demanding jobs for so long. Being a doctor by day and comedian by night doesn’t allow for much sleep or free time. Even if comedy is about making people laugh, its a very stressful affair.

But Ken Jeong is not your average person. His wit and intelligence helped him carve out a career in Hollywood for himself. It shows once again, if you work hard, plan things and believe in your passions, that you can also become a global star even when you hit your forties. 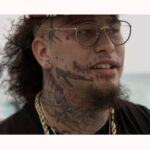 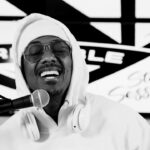