How much is Gwyneth Paltrow worth?

She is the epitome of Hollywood grace and glamour, she has yet to choose a role in a film that hasn’t been a blockbuster and she can sing to boot. A staple of Hollywood royalty, Gwyneth is the good girl gift that keeps on giving.

Who Is Gwyneth Paltrow

Gwyneth Paltrow is an actress and businesswoman most well known for her work in universally acclaimed movies in the 1990s such as Hook, Doubt, Flesh and Bone, and Seven, and eventually winning a handful of awards including an Academy Award for her leading role in Shakespeare in Love. In recent years, she has reached new younger audiences by having a prominent role in the Marvel Cinematic Universe as Pepper Potts, Iron Man’s assistant. The actor also found Goop, a wellness and lifestyle brand that sells food, home, and make-up products.

American actress, businesswoman and author Gwyneth Paltrow has a net worth of $160 million dollars, as of 2021. Best known in the ’90s for a string of movies including Seven, Emma (the original), Sliding Doors, and A Perfect Murder; best known today for playing Pepper Potts in the MCU, and as the founder and CEO of goop.com in real life.

When did Gwyneth Paltrow make it?

2008 was a huge year for the actress, not just thanks to her starring role in Iron Man, but because she also founded Goop, which is where most of Paltrow’s wealth comes from. The company began as just an e-mail newsletter that gave sage advice on how to be healthier and how to lead a happier lifestyle. The company has since expanded in to e-commerce and sells beauty products and home products, and has its own podcast and print magazine. The company grew massively as Goop now has over 100 employees, compared to the 20 it had just five years ago. Goop began to see a huge success when the company started to compete in the vitamin and supplements market, as on launch day over $100,000 worth of vitamins and supplements were sold.

Despite the global pandemic, it’s looking like 2020 has been one of Goop’s most lucrative years as at the beginning of the year the company sold a $75 candle with a unique smell. The name of the candle is “This Smells Like My Vagina.” The candle sold out quicker than anything else on the online store and and now sells for more than $250 on eBay. Besides selling strange products, Goop also makes a considerable income from online advertising.

Besides Goop, Paltrow also makes heaps of cash thanks to several endorsement deals she has signed over the years. Paltrow has been the face of a perfume collection by Estée Lauder, and also endorses the clothing brand Coach. Not only that but the actress has also penned several highly successful cookbooks which mainly focus on healthy foods.

Throughout the 1990s, Paltrow’s profile grew with each starring movie. Her first roles were in Shout, a musical led by John Travolta, and Hook, a movie about an aged Peter Pan directed by the one and only Steven Spielberg. Her breakthrough role came in 1995 when she starred in the thriller Seven, alongside Brad Pitt and Morgan Freeman. It was the role that first saw Paltrow get serious award nominations.

Not long after, Paltrow was scoring leading roles every year, and in 1998 she was in five movies all of which she had a leading role, plastered over the poster. Chronologically, she starred in Great Expectations, Sliding Doors, Hush, A Perfect Murder, and Shakespeare In Love. The five films combined made over $550 million at the box office worldwide and the actress won an Academy Award for her role in Shakespeare In Love, and that film alone made close to $300 million. The movie even helped her become a fashion icon as she is credited for bringing pink back in to fashion after wearing a now famous pink Ralph Lauren dress to the Oscars ceremony.

The 2010s have been good to Paltrow too, as she has seen a resurgence in her acting career after a few missteps in the 2000s. She was cast as the love interest to Tony Stark in Iron Man, which was not only adored by critics and fans alike, but it made $585 million worldwide and it also kickstarted the Marvel Cinematic Universe. The actress has said that she took the role because the character’s relationship with Stark reminded her of a 1940s screwball comedy. Since Iron Man, Paltrow has starred in six more films in the MCU; Iron Man 2, The Avengers, Iron Man 3, Spider-Man: Homecoming, Avengers: Infinity War, and Avengers: Endgame, with the latter being the highest grossing movie of all time.

Paltrow is a PR expert as Goop has managed to remain so successful despite receiving hoards of criticism for science communities for promoting treatments that haven’t been tested and have no grounds based on science. Though Paltrow has had to settle multiple lawsuits for giving incorrect and unproven medical advice, the company has learnt from its mistakes and is now bigger than it has ever been.

It is reported that Paltrow expertly chooses which movie roles to take so she is able earn a fortune, and at the same time be the highly acclaimed award winning actress that she has become known for. She claims that she divides her career in to taking film roles for the salary, and taking film roles for the love of the craft. The actress has unashamedly said that she made Shallow Hall purely for the money, whereas The Royal Tenenbaums was made for the love of films.

The actress films so many MCU movies back to back that she seemingly doesn’t even know which movies she’s in. In an episode of the Netflix original, Chef Show, Paltrow discusses her role in the universe with fellow MCU actor Jon Favreau, and she was bemused when he told her that she was in Spider-Man: Homecoming, thinking that she had filmed a scene for an Avengers movie.

It’s thanks to her intuitive business skills, brand development, and commitment to the Marvel Cinematic Universe that Gwyneth Paltrow reportedly has an estimated net worth of $160 million. And that figure is due to grow as she focuses more on expanding Goop and creating exclusive products. The actress doesn’t have any future movie roles lined up, but after starring in so many MCU movies in front of a green screen in tight lycra outfits, it wouldn’t be surprising if she wanted a break from that. Until she does return, you can see Paltrow in The Goop Lab, a series that promotes her company that is available on Netflix. 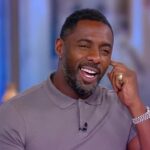