How much is Robert Redford worth?

Who Is Robert Redford

Robert Redford is an American actor who has been working in the industry for more than fifty years, and in that time he has won a closet full of awards, starred in some of the most iconic movies ever made, and has moved in to producing and directing his own movies. The actor is also known for founding The Sundance Film Festival, which focuses on shining a light on low budget independent American films, and it’s named after Redford’s character in Butch Cassidy and the Sundance Kid. Some of Redford’s other popular movies include The Sting, All The President’s Men, and Indecent Proposal.

Retired American actor, director and activist Robert Redford has a net worth of $200 million dollars, as of 2021.

How Did Robert Redford Get So Rich?

In the early 70s, Redford was on a hot box office streak. It started with 1969’s Butch Cassidy and the Sundance Kid, which made more than $100 million worldwide with just a $6 million budget. Adjusted for inflation, that amount would equate to $700 million in 2020. His second outing with Paul Newman did even better, as The Sting raked in almost $160 million globally, and that would be well over a billion dollars today. What’s more impressive is that The Sting’s budget was lower than Butch Cassidy’s too. For his role in The Sting, Redford’s salary was $500,000, which comes to more than $3 million adjusted for inflation.

Though he saw tons of financial success in the 60s, 70s, and 80s, it was in the 1990s when Redford’s salaries would reach astronomical heights. Redford earned $8 million for Legal Eagles, $11 million for The Last Castle, and $5 million for Indecent Proposal. Though the actor’s salary was significantly less than what he was used to at the time, Redford cleverly negotiated his way in to getting 15% of the net profit of the movie. As Indecent Proposal was one of the most successful movies in his career, making a gross profit of $266 million off a budget of $38 million, the actor banked more than $34 million, which was unheard of at the time.

Redford spent the final years of the 50s performing in plays and he quickly worked his way up the ranks, ending up starring in plays on Broadway. In the 1960s, Redford started acting in television, having minor roles in classic TV shows like The Twilight Zone, The Untouchables, Maverick, and Naked City. He earned more prominent roles as the 60s went on, being nominated for numerous Emmy Awards and Golden Globes, but it was in 1969 when he truly got his breakthrough role when he starred in one of the greatest movies of all time, Butch Cassidy and the Sundance Kid.

Butch Cassidy and the Sundance Kid is arguably the most acclaimed western film in history. It is the ultimate western story as it follows two outlaws being chased by a posse after a string of train robberies. The movie co-stars Paul Newman as Butch Cassidy and the two actors formed a great on screen partnership, and they were looked at as sex icons. The film is often ranked as one of the greatest movies of all time on countless listicles, and it was selected for preservation in the United States National Film Registry by the Library of Congress for being culturally and historically relevant.

After the crushing success of Butch Cassidy and the Sundance Kid at the worldwide box office, Redford and Newman teamed up once again for The Sting, which was also helmed by George Roy Hill, the director of Butch Cassidy’. The name is taken from the act of conning a mark who doesn’t realize they’ve been had until long after the con, and the film again follows the two actors as criminals, only this time it’s a much more casual affair. Though the movie isn’t as highly acclaimed as the duo’s previous collaboration, it was still well received by critics, made much more money at the box office, and it has a higher rating on IMDB.

Redford continued the streak of acting in well crafted Hollywood movies and he even shifted in to espionage thrillers. The next tent pole movie in the actor’s career was 1976’s All The President’s Men, which is a political thriller about the watergate scandal. This time Redford was cast alongside Dustin Hoffman and the film was nominated for several Oscars, was again selected for preservation by the Library of Congress, and it has such a legacy that there is even a two hour documentary about the film. Surprisingly, Redford even jumped on the Marvel train, starring as the villain in Captain America: The Winter Soldier. However, it makes more sense than it does on paper, as Winter Soldier’ is an espionage thriller at the core.

Outside of acting, Redford has given back to the community and has kept the industry he loves thriving by starting the non-for-profit Sundance Film Festival. The actor used the financial proceeds from his career to purchase an entire area of Mount Timpanogos in Utah. Redford’s ultimate goal with the festival is to showcase American made movies created by filmmakers working outside of Hollywood.

What Makes Redford So Successful?

Though he originally scored roles due to his great looks, it was the type of roles Redford selected that helped him create his outlaw brand. But whether he was playing a political news journalist or a western outlaw, many of Redford’s roles often share common themes even if they seem wildly different on paper. In the 60s all the way through to the 2000s, he was seen as a bankable star especially when it came to political movies. And Redford doesn’t mind strapping in to old-Timey clothes, as he has starred in 11 period dramas.

Redford is great at building working relationships, as the most obvious being with Paul Newman, they share an on-screen charisma and chemistry that is unrivaled even today. The box office figures the made together show that all audiences wanted for the longest time was Newman and Redford as conmen for years to come. The Sting is even the only movie of Redford’s that he claims to enjoy watching, and even then, that’s reportedly due to Newman’s performance.

With a Broadway background and a passion for period dramas, Robert Redford is Hollywood royalty and his astonishing estimated net worth of $200 million doesn’t say anything different. The actor has had a hell of a career, and that’s why has won more than 40 awards, including a lifetime achievement Academy Award. Though he’s semi-retired, Redford is still acting (albeit briefly,) as he most recently reprised his role as Alexander Pierce in Avengers: Endgame, the highest grossing movie of all time. He also had a voice-only role in HBO’s adaptation of Watchmen. 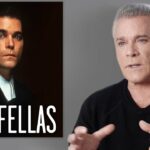 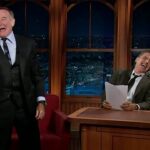