How much is Porsha Williams worth?

You might say Porsha Williams was destined…but destined for what? With a bloodline that includes two prominent civil rights activists, it’s probably fair to say Williams was raised in an environment that was comprised of setting goals and realizing expectations. You might also guess that her childhood was ripe with the notion of constantly striving to be the best version of yourself. Williams’ grandfather was Hosea Williams, a leading figure in the civil rights movement in the United States between the mid 1950s and his death in 2000.

American television personality, actress, and author Porsha Williams has an estimated net worth of $1 million dollars, as of 2023. Williams starred on the television series The Real Housewives of Atlanta from 2012 until 2021.

Hosea was part of the small inner circle of Martin Luther King, Jr. He was responsible for organizing and motivating members of the movement in the locations where King would be speaking. MLK referred to Hosea as his own personal “bull in a china shop” for Williams no nonsense approach to organizing. Hosea’s daughter, Elisabeth Omilami, who followed in her father Hosea’s footsteps, is aunt to Porsha. Given the prominence and position of her family members, it isn’t surprising in the least that much would be expected of Porsha.

Porsha was born in June, 1981 to parents that were both self-made entrepreneurs and business owners. Although her family wasn’t exactly in the entertainment field, her grandfather and aunt’s work in civil rights shined a pretty bright spotlight on the family. While Williams’ entry into show business would not happen until she was in her early thirties, she demonstrated the same ambition as her parents even at a young age. At just twenty four years old, she founded her own daycare, crediting mom and dad’s success and work ethic as the inspiration to work for herself. In addition, Porsha had no fear of the spotlight, and during her twenties did some professional modeling on the side.

In 2009, Williams met and began dating retired NFL quarterback Kordell Stewart. Stewart had a prominent football career that ended in 2005, and together the couple possessed enough celebrity power that when they decided to marry in 2011, the ceremony was part of a WE network reality episode of “Platinum Weddings.”

Shortly after the public marriage, the entertainment world came knocking on her door. It would arrive in the form of the already established “Real Housewives” franchise aired on the Bravo network. Williams was cast in “The Real Housewives of Atlanta” which had already completed four seasons. The Atlanta installment of the show was the third incarnation of the franchise, preceded by “The Real Housewives” of Orange County and New York City, both shows being major hits on Bravo. With the Williams family’s public persona and husband Kordell’s celebrity status, Porsha was already no stranger to being in the public eye, and being a part of a ratings bonanza was the perfect vehicle for her to shine.

Fans were quickly captivated by Williams part on the show, whether it be for dramatic feuding with other cast members, or her publicly traumatic miscarriage, and eventually her shock and surprise when husband Kordell served up divorce papers. For those who believe fame and celebrity come at a cost, it’s hard to argue that Porsha was spared any heartache or anguish in such personal issues being broadcast for a starving viewership. At the height of the success of “Real Housewives of Atlanta”, Williams’ estimated salary for the show was reported to be in the ballpark of $700,000 per season. While the figure was near the bottom on the list of cast members, it was still a healthy take, considering the extent of drama and angst conjured up on the show.

Growing up as the daughter, or in this case the granddaughter, of an esteemed civil rights figure may come with perks and benefits. But there is definitely a flip-side that may often result in a young person being damaged due to the scrutiny. We need look no further than the massive amount of attention paid to the children of our presidents. The Trump and Obama children, as well as any other leaders, were subjected to the media spotlight whether they liked it or not. In the case of Porsha Williams, she welcomed the increasing celebrity as time went on. As a consequence, it happened that she was also unduly exposed when it came to her personal trauma playing out in front of the camera. While it could be argued that she signed up for the attention and limelight, we cannot quantify the price that came with it.

All told, Williams spent nine seasons on “RHWOA.” She dabbled in modeling and music. She wrote her memoir which was concentrated around her time on the show and the hurdles she had to overcome in her personal life. Over the years, she became known for her honesty in expressing her tribulations in life, as well as being a role model for people looking to persevere and transcend their life obstacles. Perhaps a feature article about her on fashion website “The Cut” said it best. “Porsha’s ability to weather the storm, and her personal growth both in front of and away from the cameras, made her one of the most dynamic and likable Housewives in any city.”

Now that Williams is 41, there is a big enough sample size that we can postulate the answer to the original question. What was Porsha Williams destined for? She parted ways from “RHWOA” in 2021, only to step back into the limelight with her own spinoff series titled “Porsha’s Family Matters.” It turned out she had grown a substantial following due to bearing her soul and confronting challenges in her original stint. Now she would command a show designed to share with fans her wisdom and experience, the trial and error and lessons learned. For the reputation that the “Housewives” franchise has for being shallow or detached, Williams can honestly stake the claim that she was able to rise above while setting an example for women, and generally for all people. She was nineteen when her prodigious grandfather passed away. If only he could see her now! 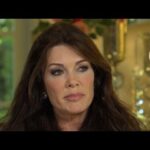 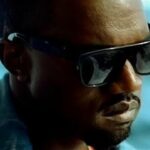