How much is Future worth?

Future is an Atlanta rapper who became famous in the early 2010s thanks to his prolific and constant output and his unique rapping style. He is world famous and every one of his records always go straight to number one, with each release being more successful than the last. The rapper rarely ventures out in to any other industries and has kept his music as his primary and almost only source of wealth.

American rapper, singer, songwriter, and record producer. Future has an estimated net worth of $75 million dollars, as of 2022. He first became involved in music as part of the Dungeon Family collective, which is where he was nicknamed “the Future”.

Considering Future started making music just ten years ago, he has a discography so long it would put retired icons’ discographies to shame. Future started releasing mixtape after mixtape in 2010 and 2011, releasing ten in total, including eight in 2011 alone. One of the tapes was a collaboration with Gucci Mane. Future received a ton of attention thanks to his unique style and unrivaled productivity.

After becoming an underground success with these mixtapes, Future signed a major label contract with Epic records in 2011. Since then he has become famously productive, having been signed for eight years, he has release at least one album every single year, which obviously doesn’t include his numerous collaboration albums, such as What A Time To Be Alive with Drake, Super Slimey with Young Thug, and WRLD On Drugs with the late rapper, Juice WRLD.

In total, since 2010, Future has released 31 projects including albums, mixtapes, EPs, collaboration albums, and soundtracks as a lead artist, not to mention the countless guest spots he has done on other musicians’ tracks. Though Future’s music is generally categorized as trap music, a sub genre of rap, he has been praised and criticized for being at the forefront of the mumble rap movement.

However, it has been argued that he should not be classified as a mumble rap artist as he uses Auto-Tune to distort his vocals. T-Pain, a rapper who has championed Auto-Tune as an instrument more than anyone else, has criticized Future’s use of the software for being too conventional. Future disagrees as he is on record as saying that he uses Auto-Tune to sound grittier, not to sing.

Ever since 2015, every single one of Future’s releases has reached number one on the Billboard 200, which is what has allowed him to tour with Drake not as an opening act, but as a co-headliner. There isn’t a single artist who doesn’t want Future on their record. Even art pop musician FKA Twigs recruited Future to rap on her precious art record from 2019, Magdalene.

Future has had a strong partnership with sports brand Reebok for years now, and the rapper has his own signature sneaker series named Furykaze, which blends together Future’s two favorite Reebok styles, Instapump Fury and Kamikaze II. Reebok and Future are perfect for each other, as Reebok has a long history of signing endorsement deals with rappers, and Future has a huge interest and knowledge not only in sneakers, but all types of shoes (including Gucci flip flops.)

He often includes references to sneakers in his raps and he even has a track titled “Jumpman,” which is the name of Michael Jordan’s sports brand. Though the exact figure is undisclosed, Future will have obviously made millions from his endorsement deal with Reebok. If it isn’t clear how much Future loves foot ware, just watch his episode of Sneaker Shopping on the Complex channel on YouTube, in which the rapper spends over spent over $39,000 without even blinking.

Though streaming services such as Spotify and Apple Music have a bad reputation for paying musicians a horrifically low fraction of what their music makes for the services, Future is one of the few artists who manages to not only make a living, but live for several lifetimes off his profits for streaming.

It was estimated that he makes over $23 million per year, and that was back in 2017, it’s highly likely that he gets paid a much bigger number annually than that, especially as he now has a lot more records and dozens of guest spots.

One of Future’s most famous songs is “Mask Off” from his 2017 self titled album, Future. However, most of the track’s success wasn’t from being released as a single, but from becoming a viral meme.

The song, which features a prominent flute sample with a trap beat behind it, spread across the internet like wild fire as people posted the song over various video clips, such as child playing the flute in a foreign version of The X-Factor, and goths dancing to the song in a schoolyard. It was a viral sensation and the clips have been collated into a YouTube video that now has over nine million views. The song is also credited to starting a sub genre of rap music that features flute music too.

Future has a great partnership with Drake, as they are always guest featuring on each other’s tracks and have greatly helped each other further their brands. This reached a peak in 2015 when they worked together on a collaboration mixtape, What A Time To Be Alive, their version of Kanye and Jay-Z’s Watch The Throne.

The mixtape went straight to number one, it sold 375,000 equivalent album units, and it was certified platinum by the Recording Industry Association of America.

Future has earned estimated total career income of $125 million dollars. He reportedly earned $53 million dollars between the years of 2016 and 2017 through his record sales, touring and live performances and endorsements.

As Future has lived between the states of Georgia and Florida, he will have had to pay around 40% in taxes on his career income. After tax, it is estimated that his career earnings are at around $75 million dollars, having paid $50 million dollars in taxes.

Future is not married but has eight children. In his personal life he has likely spent $3-4 million dollars of his career earnings but also earned $5-6 million dollars from his investments. He will have also had to pay around $2-3 million dollars in business related costs. Therefore, it is estimated that Future has a net worth of about $75 million dollars.

Unsurprisingly, Future is remaining as busy as ever, as just last month he released the new album High Off Life, and even more unsurprisingly, the record reached number one, Future’s seventh consecutive album to do so. 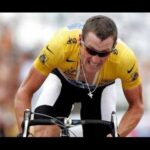 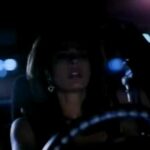