How much is Kristen Stewart worth?

Born in Los Angeles, California, on the 9th of April 1990, Kristen Stewart is an American actress best known for her role as Bella Swan in the Twilight movies. For many, Kristen’s involvement in the entertainment business was inevitable, as she was deeply interested herself and both her parents were working in film and TV. Her father, who has worked for FOX, is a TV producer, while her mother is a script supervisor and director.

It’s inevitable that when we talk about Kristen Stewart, her role in Twilight will come up first. It was the first of the five films in the saga, and bought her worldwide recognition. The movie, released in 2008, saw Stewart play alongside Robert Pattinson, who played her vampire boyfriend and later her real-life boyfriend.

The second of the Twilight movies, New Moon, was released a year later in 2009, with the third coming in 2010. Stewart earned the majority of her money starring as Bella Swan in The Twilight Saga, a franchise that grossed over $3.3 billion worldwide.

American actress and filmmaker Kristen Stewart has an estimated net worth of $63 million dollars, as of 2023. In 2012, Stewart was the highest paid actress in the world.

As well as film, the actress has been involved in television, music videos and worked on the other side of the camera as a director.

When your father is a TV producer and your mother a director, it’s safe to say, Kristen Stewart didn’t have to go far for advice about the entertainment industry. Starring in the 2002 film Panic Room alongside legendary actress Jodie Foster, must surely give a young actress immense confidence. Her willingness to star in independent films shows that she has the desire to try something different and not rely on ‘safe roles’.

More than 50 films to date and a winner of numerous awards, including MTV Movie award for “Best Female Performance” on three occasions, between 2009 and 2011, for her roles in the Twilight movies, and the “BAFTA Rising Star” award in 2010. Kristen Stewart has become one of the most notable, and certainly one of the most profitable, young American actresses.

While The Twilight Saga: Breaking Dawn, Part 2 was criticized it grossed close to $829.7 million worldwide, making it the fortieth highest-grossing film. In 2022 dollars, it has actually earned over $1 billion.

The Twilight Saga: New Moon, released in 2009, grossed $72.2 million on its opening night, doubling the $35 million taken on the opening night of the first film. In total New Moon grossed a total of $709.8 million in box office earnings. Which was way back in 2009. Adjusted for inflation and converted into 2022 dollars, the movie actually earned the equivalent of  $930.9 million.

In total, the Twilight series has grossed an incredible $3.3 billion in worldwide receipts. In 2010, Kristen Stewart was named as the highest-earning actress by Vanity Fair for her film roles in 2010, earning an impressive $28.5 million. While she was only paid $2 million for the first Twilight film, she was paid $25 million with a 7.5% of the backend profits for the final two.

Overall, from all of her appearances in film, as well as from her endorsement deals, like the ones that Stewart has with Balenciaga perfume and Chanel clothing. It is estimated that she has had career earnings of some $115 million dollars.

Like everybody else, Stewart is not exempt from paying taxes. In fact she has paid taxes higher than just about anyone in America. It is estimated that based on her living and working in California, and earning a tremendous amount of money in certain years. That Kristen Stewart may have paid some 49% in taxes, even after legal tax deductions.

After tax, Stewart’s career earnings are something like $58.65 million, having paid $56.35 million dollars in taxes.

Kristen Stewart is not married nor does she have any children. She has kept herself out of trouble, away from alcohol and other drugs and in the arts perfecting her acting and mastering her career. This has likely extended to the management of her finances as well, including the management of her various investments.

While much of what Stewart has invested her money in has been kept out of news and never made public. It is known that she invested $2.2 million for a property in the Los Feliz neighborhood of Los Angeles, in 2012. Then in 2013, she purchased a property for around $5 million in Malibu. In 2017, she bought a $5.6 million loft in New York City. It is also speculated that she has invested in securities, as well.

Overall, and all things considered, it is likely that Stewart possesses a net worth of about $63 million dollars. That is, after subtracting her likely early investment losses as well as her likely business and personal costs.

“Success is always something completely different to people. I feel like I’ve succeeded, if I’m doing something that makes me happy and I’m not lying to anybody. I’m not doing that now, so I feel really good about myself.” Kristen Stewart

A stripper, a vampire, and Snow White to boot, with numerous roles in between. This actress isn’t afraid to buck the trend and try something different. Although she’ll always be remembered for her role as Bella Swan in the Twilight movies, you feel that this versatile actress has got a lot more left in the locker, so don’t be surprised if we see her top her success in those movies with another blockbuster in the near future.

“The strangest part about being famous is you don’t get to give first impressions anymore. Everyone already has an impression of you before you meet them.” Kristen Stewart 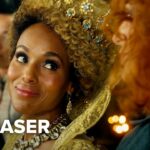 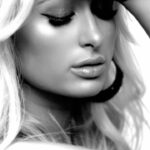