How much is Kerry Washington worth?

Kerry Washington began her acting career in the 1990s and since then has starred in many various productions. Her career took off in the early years of the 21st century when she starred in some of the most successful films and television series. Among some of the films that she’s known for having appeared in, are The Last King of Scotland, Fantastic Four, and Django Unchained. Today, she is one of the most popular African American actresses with annual earnings of around $14 million dollars.

She was born on January 31, 1977, in The Bronx, New York. Her mother was an educational consultant and her father worked as a real estate broker. She’s of African American, Scottish, Jamaican, and partly English ancestry. During her pre-teen years, she performed with the theater company TADA! Youth Theatre while also attending the Spence School in Manhattan.

American actress, producer, and director Kerry Washington has an estimated net worth of $40 million dollars, as of 2023. In the ABC drama series Scandal, Washington gained wide public recognition for starring as crisis management expert, Olivia Pope.

In the 1990s, after graduating from high school, Kerry got a double major in anthropology and sociology from the George Washington University, where she was part of the Phi Beta Kappa society. While she was still attending university, Washington received a SAG (Screen Actors Guild) card, which was required for a commercial that shat took part in. Her acting debut came in 1994 when she appeared in the ABC television film Afterschool Special. Her next appearance was in the 1996 PBS educational series Standard Deviants.

Long before she became rich and popular, Kerry was barely getting any opportunities to showcase her acting. In the early 2000s, she got minor roles in films such as Our Song, Save The Last Dance, and Bad Company. The first, Our Song premiered in 2000 and it marked her film debut. In the mid-2000s, she got a few roles in The United States of Leland, The Human Stain, Sexual Life, Mr. and Mrs. Smith, and Ray.

Almost 10 years after she first began acting, Washington finally got a major role in one of the most praised 2005 films – Fantastic Four. In the superhero film, which featured some popular Hollywood stars such as Chris Evans, Ioan Gruffudd, and Jessica Alba, she played the role of Alicia Masters. A role that she reprised in the 2007 sequel Fantastic Four: Rise of the Silver Surfer.

In 2001 alone, she starred in four of the most praised television series – NYPD Blue, Deadline, Law and Order, and 100 Centre Street. Perhaps one of her most memorable performances is in the 2005 drama Boston Legal. In the ABC television series, she played the role of Chelina Hall in 5 episodes. Soon she got the opportunity to be a guest judge in Project Runway, one of the most-watched fashion shows of all time.

In 2012, the actress’ popularity was boosted when she joined the cast of ABC drama Scandal. In the series, for more than 6 years, she played the role of Olivia Pope, a crisis management expert. Thanks to her role she was nominated for a Golden Globe Award and two Primetime Emmy Awards. Since then, primarily because of her fantastic acting skills, she has received nominations and won multiple awards.

From 2012 to 2018, the actress took part in all 124 episodes of the show, and, in 2018, she even produced one of the final episodes from the eighth season – The People vs. Olivia Pope. Washington was highly praised by both critics and audiences for her amazing performance and soon she received nominations for multiple prestigious awards, including Golden Globe, NAACP, Primetime Emmy, Satellite, and Screen Actors Guilds awards, to name a few. She began to receive a lot more exposure and appearances in late-night talk shows such as Jimmy Kimmel Live and Saturday Night Live.

Simultaneously with shooting Scandal, the multi-talented Kerry Washington continued to participate in other productions and make a name for herself. Just in 2012, she starred in the comedy A Thousand Words and Quentin Tarantino’s revisionist Western Django Unchained. In the latter, which to this day is considered one of the best movies of the year, she played the main role of Broomhilda von Shaft.

She more recently starred in the Netflix film, The Prom as well appeared in 8 episodes of the podcast series The Prophecy. Her latest film, The School for Good and Evil, is set to be released October 21, 2022

In 2010, she joined the Black Panther, TV series where she was cast in the main role of Princess Shuri and also had a different voice role in one of the first episodes. In 2012, she was announced as one of the leading characters in the ABC drama series Scandal, which turned out to be a career-defining role for her.

When she started in the role of Olivia Pope she was likely paid a small amount for the first two seasons, perhaps $1 million dollars for seasons one and two. From seasons three through five she was paid a reported $80,000 per episode, around $1.6 million per season. Her salary was raised in the later seasons earning a reported $250,000 per episode. That worked out to $4 million for season six and $4.5 million for the final season seven. In total, it is likely that Washington earned $14.3 million dollars from her role of Olivia Pope in Scandal.

Then on Hulu, she was cast in the role of Mia Warren in TV mini series, Little Fires Everywhere. Washington was paid $1.1 million dollars per episode, a total of $8.8 million from the 8-episode show. From all of her work in TV series, having appeared in 15 shows, and 6 for multiple episode, and produced and directed. It is estimated that Washington has earned a total of $27.5 million.

In film, Kerry Washington has had high paying roles in films like Cars 3 and The Prom. However her roles in films have not yet been very profitable for her, not when compared to her TV work. She has appeared in over 35 films and earned around $8 million dollars.

In addition to acting, most recently, Kerry began working as a director and producer. Among some of the most recent projects that she directed and produced are Confirmation, SMILF, Insecure, and Little Fires Everywhere.

Of that amount, $5-9 million is expected to have been paid in business related costs. The remainder, $68.5 million, will have been taxed at around 49% as Washington has been residing in the state of California. After tax, it is estimated that her career earnings are at around $34.93 million dollars, having paid $33.57 million dollars in taxes.

Besides being one of the top television actresses, Washington is also an activist. She is known for supporting many campaigns and organizations such as for LGBT rights, awareness of violence against women and girls, and many others. “So many struggled so that all of us could have a voice in this great democracy and live up to the first three words of our constitution: We the people. Throughout our country’s history, we’ve expanded the meaning of that phrase to include more and more of us. That’s what it means to move forward,” Kerry Washington has said.

In her personal life Washington has stayed clear, calm and collected, even through years of becoming world famous. She married Nnamdi Asomugha in 2013 and they remain together. They have two children together and appear to be a stable and productive couple. The kind of care and attention that Washington has extended to others in her works, has likely also been present in her managing of her finances.

It is expected that Kerry will have invested some of her earnings into securities, including stocks and bonds, and not just in real estate. She was first recorded as having purchased a property in Los Angeles in 2013, she paid $1.9 million dollars the year that she was married. In 2016, she sold the property at a profit of $800,000 before tax. That same year of 2016 she purchased a property in Beverly Hills for $6.75 million. An opportunity came up in 2017 to buy the adjacent property, which she did, for $4 million dollars, allowing her to almost double the size of her home after some renovations. She also owns an apartment in New York City.

While it is expected that there would have been some element of loss during Washington’s investing career, as well as definite costs, both business and personal. It is understood that based on the time when she earned her money and the progression in the housing market and in stocks, that her investments will have likely outgrown losses and fees and earned a great deal of profit.

Kerry Washington is one of the most influential people in the movie business for a reason. Whether it’s as an actress, director, or producer, she is able to excel in almost every area of filmmaking and with ease. Besides appearing in box office hits and television series followed by millions of viewers, the talented actress has also taken part in theatre productions and multiple independent films. In 2014, she was added into Time magazine’s list of the “100 Most Influential People”. 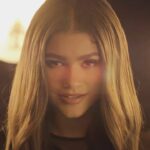 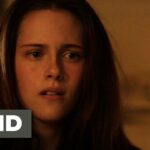