How much is Michelle Pfeiffer worth?

Who Is Michelle Pfeiffer

Michelle Pfeiffer is an American actress who became famous in the late 1980s and became the most in-demand on-screen talent in the industry throughout the whole of the 90s. Initially a rising star taking roles as the token attractive blond in movies, Pfeiffer became sick of being typecast and proved to agents and producers that she could be more than eye candy, and she has since been nominated for several Golden Globes and Academy Awards. Four decades into her career, Pfeiffer has founded her own production company and is still able to demand millions of dollars per role. Her most famous movies include Scarface, Batman Returns, Ant-Man and the Wasp, and What Lies Beneath.

How Did Michelle Pfeiffer Get So Rich?

Pfeiffer was consistently earning $3 million per movie in the late 80s and early 90s, and that seemed to be her minimum salary for a while. She earned $3 million for Frankie and Johnny, which co-starred her Scarface partner in crime, Al Pacino, and she also earned the same figure for her take on Selena Kyle in Batman Returns. After her role in Returns, though she remained humble, Pfeiffer was essentially able to demand any kind of salary she wanted as she was the most in-demand actress in Hollywood. In 1995, the actress earned twice that figure, making six million dollars for her performance in Dangerous Minds, which also scored her an Academy Award nomination.

Following several more high paid roles in the 90s, it culminated in 1999 when she starred in The Deep End of the Ocean. The film had a huge budget and the production company had clearly sunk a lot of time, money, and effort in to the film, but it completely flopped at the box office, not even making the money back that the studio had invested in to it. However, it couldn’t have been too much of a problem for Pfeiffer as she was paid $12 million for her performance, a career high for the actress. The following year she also made $10.5 million for the supernatural thriller, What Lies Beneath, and it performed much better at the box office too, making almost $300 million worldwide.

In the mid-70s, it was easy for Pfeiffer to score roles compared a lot of her peers who were struggling at the time. This was thanks to her dashing good looks, blonde hair, and jaw-dropping figure, as she earned roles that were often the love interest of the main character, such as in The Hollywood Knights and Falling In Love Again. This culminated in her getting her first leading role in Grease 2, the sequel to one of the most successful musical movies of all time. In the movie, Pfeiffer played Stephanie, a similar character to Sandy who was played by Olivia Newton John in the original movie. Though the film was universally panned by critics as they called it nothing more than a retread of the original, many praised Pfeiffer as the only saving grace of Grease 2.

After her stint as an actress being cast only for her good looks, which lasted far too long according to the actress herself, Pfeiffer expressed to studio executives and Hollywood producers that she wanted to start taking on more dramatic roles. Many of those executives and producers didn’t believe she could pull it off, but when she was cast as Elvira in Scarface in 1983, she proved to the whole world that her named should be uttered in the same sentence as the likes of Meryl Streep and Susan Sarandon. Though the whole cast of Scarface turn in great performances and the movie has since become an iconic cult hit, it was Pfeiffer who again stole the show.

As Scarface is full of drugs, violence, and vulgar language, it was shocking for audiences to see the girl-next-door actress in the movie. Nevertheless, Scarface was a massive success and audiences loved the kinetic on-screen energy between her and her co-star, Al Pacino. After that, there was no trouble in Pfeiffer grabbing any role she wanted, and she stuck to her guns diving in to roles that she saw as challenging. Pfeiffer went on to own the rest of the 80s, starring in the medieval fantasy, Ladyhawke, the crime thriller, Tequila Sunrise, and the period drama with Meryl Streep, Dangerous Liaisons.

The early 90s saw Pfeiffer take on possibly her most memorable and iconic role yet, in which she sported a full black leather outfit in the role of Selena Kyle, a.k.a. Catwoman, in Batman Returns, the sequel to the Tim Burton helmed 1989’s Batman. The film performed moderately well at the box office, but it didn’t reach anywhere near the success of it’s predecessor because of the overwhelming amounts of violence and dark themes in the film, which Warner Brothers had trouble marketing to children. However, ever since the movie’s release, it sold millions every year in the VHS and DVD eras, and it currently makes millions from syndication sales. It is now known as the dark horse of Batman movies and just like Scarface, it has cemented its place in the pop culture pantheon.

What Makes Michelle So Successful?

After playing typically funny and sexually attractive roles in the 70s, though many actors would be happy with the work they could get, Pfeiffer refused to be typecast, and she negotiated and proved her way up the acting ladder. She did this by honing in on her acting skills, which seem to be completely natural as Pfeiffer never had any formal or classical acting training. Her lack of training is one of the reasons why so many people in the industry doubted her in the first place. On top of that, Pfeiffer became committed to her work unlike any other actor, as she has been noted for being “hyper-prepared”, and she even trained in martial arts and kickboxing for the role of Catwoman, which wasn’t at all required.

After proving herself in the early 80s, she has been noted by her colleagues on set that she has so much more depth and tenacity than other actors. On top of that, it helps that she is comfortable in outfits that could be seen as unflattering, and she has been classified as a character actress, which is when an actress plays unusual or eccentric characters. This has helped her score so many period dramas and, of course, Batman Returns.

Even now in her 60s, Pfeiffer is often named one of the most beautiful actresses working in Hollywood, but that isn’t the only reason why she has seen so much success over the past 40 years. Thanks to rigorous training and preparing, Michelle Pfeiffer has a vibrant and eclectic filmography and he accrued a stunning net worth of $250 million while building it. In the coming months, Pfeiffer will be starring in French Exit, a comedy based on the novel of the same name, and she will also feature in the third Ant-Man movie when it finally enters production. 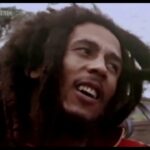 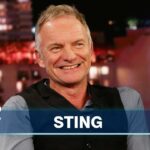