How much is Denzel Washington worth?

Tall, dark and handsome just isn’t enough to cut it when it comes to this Hollywood staple. Denzel Washington has starred in some of the most acclaimed films of our time, building a reputation for his intense preparation for his roles. He’s also won the respect of fans and colleagues thanks to his dedicated charity work and his un-Hollywood-like attitude. Denzel’s a true class-act.

Who Is Denzel Washington

Denzel Washington is one of the most talented and charismatic actors of today. Although he quickly gained fame and fortune, he remained the same sensitive, considerate, and steady man who wanted to help everyone; fame and popularity did not change him.

This acting hero achieved great success not only as an actor but also as a director and producer.

Denzel Washington has been proving for years that he is a great master of reinvention. Changing and manipulating his image, acting style while slipping into new roles from an alcoholic pilot on Flight (2012) to The Equalizer in 2014. This man has all the talents and is ready to back them up time and time again with good old-fashioned hard work.

You are probably wondering how he achieved all this, how did he become rich and famous and what was his life path? Below, read more about his life, his path to fame, and the top achievements of his career.

As of 2021, Denzel Washington has an estimated net worth of $255 million dollars.

When you want advice for success, fame, and fortune, you will surely listen to someone who has succeeded in his business and who has ranked among the best in his profession.

Denzel Washington is an authentic example in this case, and here are some of his tips for success that everyone should follow.

How did Denzel Washington get so rich?

During the many years of Denzel’s successful and dynamic career, a lot has happened in the life of this ingenious actor. He achieved great goals, film achievements, world fame, and enormous wealth. Denzel Washington was selflessly engaged in humanitarian work. He had various challenges, both professional and private, but also took risks.

As the years go by, Washington is increasingly striving to become a brilliant director and already on the right track. The film “Fences” (2016) is the best thing that has hit Denzel Washington in his career so far in all parameters.

This is not the first film Denzel has directed, previously signed by “Antwone fisher” (2002) and “The Great Debaters” (2007). However it has been a far greater success with incredibly good reviews on rotten tomatoes.

The role in “Training Day” frightened and drew in audiences around the world, and many critics have described this role as the life role of Denzel Washington and the most important in his acting career. After this film, his fees became huge, and Denzel himself is working on projects that have brought their authors millions in earnings.

Washington has a reputation as a man who is trusted and whose talent and mastery no one doubts.

Denzel is known for his humanitarian work and assisting “those to whom he owes the most.” The Boys and the Girls Club of America is today a high-strength association, has more than 3,700 branches in all fifty U.S. states, and brings together ten million children.

Denzel Washington is a person of steadfast trustworthiness. Proven by the fact that in 2003, the revolutionary armed forces of Colombia appointed three people from the USA who they consider being people of great importance and credibility and who only want to negotiate with them about the crisis. Washington was the first of the three listed, next to Oliver Stone and Michael Moore.

Denzel Washington’s charisma and talent is highly respected by his colleagues and the people he works with. That is why Tom Hanks once stated that cooperation with Denzel is of great importance for him as an actor. He learned more by watching him than any other actor in his career.

We calculate Denzel Washington to be worth $255 million dollars in 2020. He has accomplished this through his pursuits not only as an actor, but as a director and producer as well.

Denzel Washington made his debut in the TV movie “Wilma” in 1977. After that, there was a short break in his acting career, during which he played mostly small roles in theater projects. But, the charming black man managed to return to the world of the big screen shortly after.

Five years later he got a role in the TV series “St. Elsewhere” in which he starred for six years. Over time, our today’s hero has gained significant popularity among the American audience and found many personal fans.

The first role he attracted the attention of the world public was in the film “Cry Freedom”, about the struggle of the South African people against the apartheid regime. Along with Denzel Washington, the leading role in the film played by Kevin Kline. The film is a chronicle of the facts-based friendship between a white newspaper editor and a South African pacifist civil rights activist. This acting duo brought the film immense popularity and many prestigious awards. Denzel Washington was nominated for an Oscar and a Golden Globe for his performances in the movie.

The film “Glory”, which brought the actor prestigious awards, the Oscar and the Golden Globe, is a saga about the first black detachment of the American Civil War. Glory was directed by the famous director Edward Zwick, and is an impressive film that conveys all the horrors of war with no exception. Combining them with the theme of fighting one of the greatest evils in the world, racism.

The film received a confirmation at the Oscars when it was awarded for the best camera and best sound, and Denzel Washington crowned everything by winning the award for the Best Supporting Actor.

Prestigious film awards have been awarded to him several times. In 2000, Denzel won the Golden Globe for “The Hurricane”, and two years later he won his second Oscar for the film “Training Day”.

An unforgettable saga about Rubin “The Hurricane” Carter, a proud fighter who was unjustifiably convicted of a brutal crime. After two decades in prison, the last glimmer of hope brought into him by his supporters who persistently refused to give him up.

In 1990, People Magazine included him in its list of “50 most beautiful people in the world”.

Denzel is one of six actors to win an Oscar in the categories of Best Leading Actor and Best Supporting Actor. In addition to him, Robert de Niro, Kevin Spicy, Jack Nicholson, Jack Lemon, and Gene Hackman succeeded.

Denzel Washington’s career spans 40 years and during that time he has made more than 50 films and is currently one of the highest-paid African American actors.

With two Oscars in hand and millions of dollars per film, Washington no longer jumps to answer the phone when agents are calling him regarding a role. Instead he is in the unique position to pick his roles and those he would like to work with, or even do on to produce something under his own good name.

All the while, he still suspends any work when it comes to family, putting them first over no other. The charismatic Hollywood actor says that the most important roles for him are his being a dedicated husband to his wife and loving father to his children.

“I don’t measure the wealth of millions of dollars I earned by making movies, but how much I built a career as a family man in parallel with acting.”

Besides those already mentioned, Denzel Washington’s most important films are: 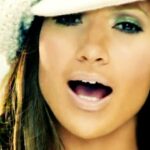 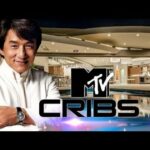