How much is Dr. Dre worth?

Dr. Dre was born on February 18th, 1965 in Compton, CA as Andre Romelle Young. He is known worldwide as a talented rapper, songwriter, record producer, entrepreneur, record executive, actor, and audio engineer. Dr. Dre is the father to 7 children, one of which passed away at the age of 20 from a heroin/morphine overdose.

Dre is known in 2019 according to Forbes to be the third wealthiest rapper, only behind Jay Z and Kanye West, with a net worth around $840 million. His tracks, which went viral in the 80s created a new genre of music known as gangsta rap. It was when he released his first solo album The Chronic in the early 90s that he reached the top of the charts. This solo album catapulted him into fame making him extremely popular with Gen X fans and I’m sure all the generations following behind.

Dr. Dre has reached legendary status not only for his own music but also because of his work in the studio and behind the scenes. Producing one epic artist after another, from recording some of Snopp Dogg’s first tracks to discovering Eminem.

How did Dr. Dre get so rich?

Although Dr. Dre has been successful with his music he is notoriously known for being a savvy businessman. He knows how to spot real talent and he has an excellent record of picking out the best musicians, producing their music, and making the lucky few an epic success.

Dre has remained committed to his passion for music for decades, which is probably why everything he touches seems to turn to gold. He has been named 56 out of 100 of the Greatest Artists Of All Time by Rolling Stones Magazine. He has not released a song since 2016 with Eminem‘s “One Last Time Ft. Dr. Dre”. It has been said that he doesn’t rap anymore because it takes up to much of his busy life. He is happily married since 2016 to Nicole Young. He sold his home in Woodland Hills, CA in 2019 for a record $4.5 million.

In his biggest strategic business moves, Dr. Dre co-founder Beats by Dre with Jimmy Iovine. In 2014 they sold the company to Apple for an impressive $3 billion, Dre netted hundreds of millions of dollars in the deal. He continues to this day to produce music and has become a long time close friend to Eminem and 50 Cent. Dre has a home worth $40 million that he bought from Tom Brady and Gisele Bundchen last year. His home is over 18,000 square feet with nine bathrooms, five bedrooms, a sauna, and many more amenities.

Dr. Dre got rich originally through his music coming up out of Compton with the hip hop group NWA, alongside rap artists Ice Cube, Eazy-E and DJ Yella. Yet Dre really built his great fortune through becoming an entrepreneur and founding Beats Electronics. He’s always had an ear to the ground in business, even metting with Steve Jobs when he was alive to streamline how iTunes would sell artists’ music.

Dr. Dre’s parents were both singers and one could say he always had a passion for music from a very young age as a result. When he was 19 he received the gift of a music mixer, he set up a working studio at home and spent all of his free time mixing up songs and music to create his own style.

One of his passions as a teenager and his first career move was working as a DJ at a club, it was at this job that he was able to show his amazing talents to everybody when it came to mixing music. When he became a member of World Class Wreckin’ Cru his rap name Dr. Dre was born. His rise in the industry started with his first two gangster rap albums which came out in the mid and late 80s. The music with this group was very raw, obscene, and sometimes violent.

A lot of people living in inner cities and surrounding suburbs could relate to the lyrics causing their second album Straight Out A Compton to sell over a million copies. NWA was now on the map and growing exponentially in popularity. Dre’s solo album also helped Snoop Dog to get his start being introduced by Dre on his new record label.

Dr. Dre created Death Row Records with Suge Knight in 1991. Dre helped to form and help make successful many up and coming artists including Tupak and Snoop Dog. He decided to leave Death Row and form his own record label now known as Aftermath Entertainment which is solely founded by him. Dre has produced many more artists with this label but the two with the most notable mention are the epic Eminem and 50 Cent.

Dr. Dre has had a passion for music as long as he can remember. He was somewhat born into the music industry with his parents both singing even before he was born. There’s no doubt that Dre comes from humble beginnings, he technically grew up in the projects. He always focused on his passions one of which was music and let very little distract him from his dreams. This focus combined with the precision he brings to the art, has helped Dre’s genius give birth to whole new genre of music in gangsta rap.

What makes Dre different from other rappers and hip-hop artists is his strong ability to see raw talent in others when quite frankly, at the time, nobody else sees his visions. He didn’t mind sharing the spotlight by becoming a producer and helping catapult one excellent artist after another to Diamond status. Of course, he took chances on musicians, such as Eminem when everybody thought he would flop. But this is another one of his unique talents, to see what others cannot and use these god-given talents to prove himself and others around him.

I don’t really think much luck was involved in his epic success. He used his gifts and talents to reach an audience that could relate to his words. The use of raw content, especially when it came to law enforcement, really helped him gain a huge fanbase as this had never been done at that time.

We can thank Dr. Dre for giving us the genre of Gangsta Rap with the help of other rappers like Ice-T. We can also thank Dre for bringing us artists like Eminem, 50 Cent and Snopp Dogg; because while these artists may have made it in their own right, it was Dre who heard their genius and decided to help develop their talent.

Dre’s passion for inner-city youth is admirable, he understands their struggles from his upbringing. He has donated $35 million to education and youth at the University of Southern California, and he’s also donated to numerous charities to help inner-city youth. 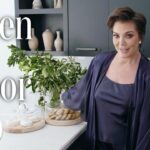 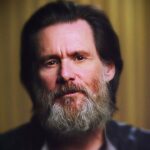