Every day, scores of men and women advocate and fight for a better life, a more just society, more education for impoverished women in developing and developed countries, equal rights for the disadvantaged and for the LGBTQ community, for example. Often the efforts of these brave men and women would not have had the extra push if not for some of these philanthropists or fellow activists who wield mighty wealth.

In February of 2020, one of the world’s richest man, with an estimated net worth of $130 billion, pledged a mega-fund to help stop climate change.

The chief of Amazon, Jeff Bezos, posted on his Instagram this message:

“Today, I’m thrilled to announce I am launching the Bezos Earth Fund. Climate change is the biggest threat to our planet. I want to work alongside others both to amplify known ways and to explore new ways of fighting the devastating impact of climate change on this planet we all share. This global initiative will fund scientists, activists, NGOs – any effort that offers a real possibility to help preserve and protect the natural world.

We can save Earth. It’s going to take collective action from big companies, small companies, nation-states, global organizations, and individuals.

I’m committing $10bn to start and will begin issuing grants this summer. Earth is the one thing we all have in common – let’s protect it, together.”.

This is a powerful pledge from a powerful individual who together with scientists, environmentalists, politicians and ordinary folks who understand climate change is real will help our beautiful blue planet.

Prior to this, Mr. Bezos had previously donated $2 billion in September 2018 to help homeless families and fund schools. He is also the founder of the Blue Origin which is developing technologies to enable private human access to space with the goal of dramatically lowering costs and increasing reliability.

Cherie Nursalim is a devoted philanthropist of health, environment, social justice organizations and tri-sector collaboration. She founded her own organization, United in Diversity, in 2003 to inspire tri-sector leaders in Indonesia to collaborate, create and implement an action plan to forge a new, positive national identity for Indonesia, based on the strengths of its diverse people.

Cherie frequently convenes international and education forums to galvanize leaders from all sectors to come together to dialogue and work together.

Her family is estimated to command a net worth of more than $1 billion.

Oprah Winfrey is the extremely successful talk show host, producer, and actress that is known the world over.  She has donated more than $400 million to educational causes.  Her donations have helped establish a school in South Africa named Oprah Winfrey Leadership Academy for Girls. She even takes time to teach a class in the school via satellite.

One of the causes she champions with extreme clarity of purpose is her support for LGBTQ people. In an episode of her show way back in 1997, that clarity came through so loud and clear of her personal position that video clip is still circulating more than 20 years later.

Oprah Winfrey wields a personal net worth of approximately $2.5 billion and uses her immense wealth and popularity to great effect in addressing the disadvantaged, be they girls from impoverished African villages or LGBTQ people in America. Because of her immense popularity, what she endorses in the talk show has what is called the “Oprah Effect” which has the ability to lead her huge fan base to endorse the same support.

Known not just for his celebrity and considerable wealth of approximately $750 million, Bono is one of the best-known singers and celebrity for his philanthropy.

He has been called “the face of fusion philanthropy”,  for his success in enlisting powerful allies from leaders across governments, religious institutions, philanthropic organizations, popular media, and the business world, as well as for spearheading new organizational networks that combine humanitarian relief with geopolitical activism and corporate commercial enterprise.

The 57-year-old Irish rock star is cofounder of One, a non-profit that aims to reduce global poverty, with emphasis on women in poverty. The frontman for U2 co-founded the non-profit advocacy group in 2004, with the slogan “Make Poverty History.” One works as a lobbying organization, gathering signatures for petitions that press governments to spend more to help the poor. One’s campaigns have focused on providing more vaccine coverage, anti-HIV meds, and access to electricity.

Billionaire businessman George Soros has donated more than $32 billion to the Open Society Foundation (OSF) founded by himself.  With a fortune of more than $8.6 billion, Soros donates to his foundation which has the stated aim of supporting civil society groups around the world to advance justice, education, public health, and independent media.

With a budget of $873 million in 2013, it was ranked the second-largest private philanthropy budget in the United States, after the Bill and Melinda Gates Foundation budget of $3.9 billion. In 2020, the budget of OSF was increased to $1.2 billion.

The foundation reported granting at least $33 million to civil rights and social justice organizations in the United States. This funding included groups such as the Organization for Black Struggle and Missourians Organizing for Reform and Empowerment hat supported protests in the wake of the shooting of Trayvon Martin, the death Eric Gerner and shooting of Tamir Rice and Michael Brown.

Around the world, the OSF has also donated much to advance democracy.

Actor and celebrity Sean Penn is an ardent activist for a variety of causes from protesting and speaking out against the invasion of Iraq, supporting relief efforts in the wake of Hurricane Katrina to promoting equality for same-sex marriage.

In his activism, Penn has attracted a certain amount of controversy, such as when he interviewed Joachim Guzman – El Chapo – before his arrest or when his remarks about Argentina during the Falklands war with Britain was taken as support for Argentina.

Penn is the founder of the non-profit organization Community Organized Relief Effort, which has distributed aid to Haiti following the 2010 earthquake and Hurricane Mathew as well as administered free COVID-19 tests in the U.S. during the pandemic. This is one actor who has not only used his net worth of about $150 million but his celebrity status to good use.

James Simons is a mathematician and hedge fund manager who founded Renaissance Technologies, an investment company based in New York with funds under management of over $15 billion.  Personally, Simons is estimated to be worth $23.5 billion.

His main philanthropy is in education and health, having made large donations to educational institutes in the US. He also has made donations to help improve the healthcare system in Nepal.

Known as the Czar of the Indian IT Industry, Azim Premji is an Indian businessman, investor, engineer, and philanthropist. His company Wipro Limited is an Indian multinational corporation providing information technology, consulting, and business process services.

In 2019, Azim Premji made history by donating $7.6 billion worth of Wipro shares to his education-centered foundation, raising his total lifetime giving to $21 billion. Established in 2000, his foundation works with more than 200,000 public schools across India to train teachers and provide better curriculums, among other initiatives.

With a current estimated net worth of $6.6 billion, Azim Premji is definitely one of the most generous supporters of education for all in India, and also one of its most powerful activists.

DiCaprio is the founder of the Leonardo DiCaprio Foundation, a non-profit organization devoted to promoting environmental awareness. He regularly supports charitable causes, and has produced several documentaries on the environmental and other issues through his production company Appian Way Productions. Since its inception in 2004, Dicaprio has used his production company to make documentaries that shed light on a number of issues, like The Ivory Game (2016), which looked at ivory trade, or like Before the Flood (also 2016) about the effects of climate change.

In 2005, he was named the commander of the Ordre des Arts et Des Lettres for his contributions to the arts, and in 2016, he was listed as one of the 100 most influential people in the world by Time magazine.

This is another actor and celebrity that has used both his celebrity status and estimated wealth of some $260 million to champion causes that will benefit and, perhaps, save the environment.

Last but not least, Bill Gates needs no introduction. The Melinda and Bill Gates Foundation is the largest and most well-funded in the world with about $46 billion in assets.

Guided by the belief that every life has equal value, the foundation works to help all people lead healthy productive lives. Launched in 2000, the primary goals of the foundation are, globally, to enhance healthcare and reduce extreme poverty, and, in the U.S., to expand educational opportunities and access to information technology. There are five different programs that the foundation runs: the Global Development Program, the Global Growth and Opportunity Program, the Global Health Program, Global Policy and Advocacy, and the United States Program.

Based in Seattle, Washington, the foundation is controlled by its three trustees: Bill and Melinda Gates, and Warren Buffet.

As of 2018, Bill and Melinda Gates had donated around $36 billion of their estimated total wealth of $115 billion to the foundation. Since its founding, the foundation has endowed and supported a broad range of social, health, and education developments including the establishment of the Gates Cambridge Scholarships to Cambridge University. 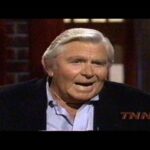 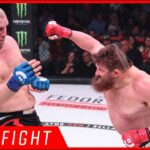