How much is Bill Gates worth?

William Henry Gates III was born on the 28th of October 1955 in Seattle, Washington. Gates’s parents wanted him to become a lawyer and that is why they enrolled him in a private preparatory Lakeside School. It was in this very school that Gates discovered his love for computers and programming. He was in the eighth grade when students at his school were given access to computer time on a GE machine. Gates showed such keen interest in programming the GE system’s language in BASIC that he was given time off from other classes to pursue this interest at greater length.

From then on, there was no looking back. The young boy had found his calling and he pursued it with a passion unmatched.

At 17, Bill Gates and Paul Allen launched their first business venture together known as the Traf-O-Data, a computer that would read information from city traffic counters and feed it to traffic engineers. This gave them a taste for business in the field of what they loved.

American business magnate, software developer, and philanthropist Bill Gates has an estimated net worth of $120 billion dollars, as of 2023. Co-founder of Microsoft Corporation with revenues of $168 billion in 2021, Gates’s stock in the company fluctuates reaching a value of an estimated $130 billion.

In 1973, Gates enrolled at Harvard College with pre-law as his major. However, the classes he chose were mathematics and graduate-level computer science courses, a clear sign of where his interests lay.

He was still in college when MITS released the Alistair 8800 with intel processor 8080. It was the first computer that allowed even amateurs to code software. This gave Gates the idea to contact MITS to ask if they were interested in BASIC programming language for their computer.

When MITS showed an interest in the idea, Gates and Allen saw it as the perfect opportunity to start their own software company. Microsoft was born. The trademark name was registered on November 26, 1976.

In 1980, IBM approached Gates to ask him to design an operating system for their upcoming PC. MS-DOS was created and made available and compatible with most PCs in the market. This is when Gates rocketed to fame. Microsoft became the biggest name in the software market and Bill Gates a global icon.

When Bill Gates and Paul Allen first began Microsoft, they focused on writing programming languages for the growing PC market. The company did moderate business. However, true wealth for Gates came following the development of MS-DOS for IBM in 1980. Microsoft’s earning exploded from USD 2.5 million in 1979 to USD 16 million in 1981.

In 1985, Microsoft released its first version of the Windows operating system. A year later, the company went public. At the close of the first day in the market, Gates’s 45% share in the company was worth USD 350 million.

In 1987, Bill Gates became the youngest man ever to become a billionaire. He was 31. Gates’ competitive and often aggressive, marketing strategy ensured that Microsoft continued to dominate the market, following up Windows with Microsoft Office, a software that, to this day, remains extremely popular with office PCs across the world.

In 1995, with USD 12.9 billion to his name, Bill Gates became the richest man in the world for the first of many times. Despite giving away much of his wealth to his Foundation and other worthy causes, Bill Gates has continued to figure among the richest people in the world for the past 20 years. The most recent estimate of his net worth is estimated to be an incredible USD 109.9 billion dollars.

There are several factors that made Bill Gates the phenomenal success that he is.

Passion: From the moment he discovered computers and programming, Gates was hooked. He was fascinated by these machines that coded software so flawlessly. Even as he enrolled as a pre-law student, his focus stayed on computers and it was this focus that allowed him to see an opportunity where others didn’t. Importantly, Gates’ passion for computers never faded. He was always pushing the boundaries, tinkering with the unknown, and this drove him to creates products that made Microsoft a perpetually dominant component of the PC market.

Competitive Nature; Unlike many, who flounder in the face of competition, Gates was driven to do even better. Windows, one of the most successful operating systems of Microsoft was a product designed to counter their biggest rival, Apple Inc. Gates made it his business to know his competition, learn what he could from them, and offer something even better to the customers.

Business Acumen: Gates may be a software tech genius at heart but what allowed his business to reach such legendary status was his aggressive marketing tactics, his keen understanding of the market, and his ability to deliver products tailored to the needs of his customers.

Bill Gates’s life story is the perfect example of what you can achieve when you summon single-minded focus into your passion. In 2006 Gates announced he was transitioning out of the day to day responsibilities of Microsoft to focus more on his foundation. In March 2020, he stepped down from the Chairman of Microsoft. Despite being barely involved in the company anymore, Gates will always be inextricably linked with Microsoft, remembered as a genius, who transformed the landscape of the PC market.

“The things we make are kind of interesting because they seem to mimic ourselves, or even the universe. Computer hardware and software could be compared to our body (hardware) and our mind (software). The universe could also be seen as a kind of non physical software or algorithm that is running all physical things ” — anonymous internet user 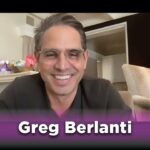