How much is Bono worth?

Bono is a singer, philanthropist, activist, and venture capitalist, and though he is well-known for all of those things, he is most famous for being the lead singer of the Irish rock band, U2. The band have many hits including “Vertigo”, “With or Without You”, and “Hold Me, Thrill Me, Kiss Me”, and eight of their fourteen albums reached number one on the Billboard 200, which is how Bono became the second richest rockstar in the world.

The singer is also business savvy, investing in Facebook in it’s the social network’s formative years, and he gives back to society by donating and raising millions of dollars for charity every year.

Irish singer-songwriter, philanthropist, activist, venture capitalist, businessman, and actor Bono has an estimated net worth of $500 million dollars, as of 2023. Bono is the lead vocalist and primary lyricist of rock band, U2.

There are few people in the world that can be known across the globe by one name, such as Madonna, Sting, and Cher, but if Bono’s name is mentioned, everyone will know who it is. The musician has gotten to that point mostly by being the excitable frontman of U2. The band were moderately successful for the first leg of their career, especially in Ireland, but the band didn’t start breaking records and turning heads oversees until their sixth album, The Joshua Tree.

The 1987 album adopted the sound that is now synonymous with U2, which is cinematic and grand statements composed through musical notes. The record brought the band a new level of stardom internationally, as in the US alone it sold over 10 million copies, and in total over 25 million copies worldwide.

Following The Joshua Tree, the band followed up with Achtung Baby, another huge hit that was adored by fans despite Bono feeling the pressure to deliver something on the same level as its predecessor. The album was much darker and was inspired by techno and industrial music, but that didn’t stop the album from selling 18 million copies worldwide.

As they continued their success for years, the band reached the commercial heights of The Joshua Treeonce again, 28 years in to their careers. The band released How To Dismantle An Atom Bomb in 2004, which featured several singles that became a worldwide hits, including “Vertigo”, “All Because Of You”, and “Sometimes You Can’t Make It On Your Own”.

On top of his stature as one of the biggest rock band frontmen in history and becoming the narrative for one of the most popular episodes of South Park there has ever been, the singer is hugely famous for his humanitarian work too. Bono has founded several different charity foundations including One Campaign, Product Red, and EDUN, which is a fashion brand that helps provide support to cotton farmers in Northern Uganda.

In Ireland, U2 was an immediate success story, as they have stormed the Irish charts ever since their first record, Boy, but the big bucks are in oversees charts. In total, the band has sold over 30 million albums in the US, and worldwide that number skyrockets to an unimaginable 150 million units. Though their albums don’t quite reach those figures anymore as the industry has shifted to streaming services, the band still sells out arena tours across the world. For the anniversary tours of The Joshua Tree in 2017 and 2019, the band made an estimated $400 million, earning an average of an estimated $6 million per show.

Bono has become one of the richest rockstar in the world, the singer has earned tens, maybe even hundreds, of millions of dollars by being an expert venture capitalist and making great decisions on what companies to invest in. Bono founded Elevation Partners, and the company invested over an estimated $200 million in to Facebook. That investment that bought Bono a reported 2.3% of Facebook is now estimated to be worth as much as a reported £1 billion pounds.

Bono is known to be a great leader when working with the band, not by abusing his power and demanding the music be played the way he wants, but by making final decisions together with the band. It is reported that the band will calmly debate the production of a song for days, with all of them having an equal input.

The singer also understands what the U2 fan base wants, and without subsiding his artistic vision, he has aligned the band’s experimental and studio goals with those of their fans. This is how U2 have been topping charts for decades and continue to do so, as the band’s latest album, Songs of Experience, topped the charts in most western countries.

It isn’t just his iconic purple tinted sunglasses that got Bono to where he is now. When singing in school, the musician was given the name Bono Vox, which means good vocals. His singing is what has steered U2’s music ever since they formed over 40 years ago. And with his loud but pitch perfect singing voice and his rockstar-esq charisma, as he is overtly expressive with grandiose gestures, especially when playing live. His lyrical content also provided a fly-on-the-wall perspective in to his background living in Dublin, growing up Catholic, and living through the death of his parents at the young age of 14.

Owing to his extravagant stage personality, pitch perfect singing voice, and his enormously lucrative investments, Bono now has an estimated net worth of $500 million. The rockstar’s songs continue to chart impressively and the band’s re-issues sell better than most new albums. Bono is currently enjoying the success of the re-issue of The Joshua Tree, and he is currently recording a new album with the band, which will reportedly have a much more stripped back sound compared to their later albums.

Tenth of May Birthdays 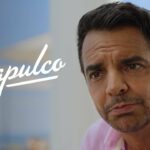 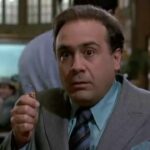