How much is Diana Ross worth?

Who Is Diana Ross

Diana Ross was born on March 26, 1944. She is an American actress, singer, songwriter, and record producer. The popular star first became famous as the lead singer of the vocal group “The Supremes”. The girl group quickly became one of the world’s best-selling groups of all time and to this day, they are still considered to be the best charting girl group in the US history.

The Supremes went on to release many hit singles that topped international music charts. “Baby Love”, “I Hear a Symphony”, Love Child”, and “Someday We’ll Be Together” are just four of their twelve songs that not only became worldwide hits but topped many different music charts, including the Billboard Hot 100. After spending more than 10 years with the band, Diana Ross left the group in January 1970 as she wanted to pursue her solo music career. Shortly after, in June, the talented singer released her debut solo studio project – “Diana Ross”. The eponymous album became her first of 24 music albums that were very successful.

Diana Ross began her career in 1960 and to this day, continues to make history. Besides being a fantastic singer, the talented star also began acting and has received many awards and accomplishments for her acting skills. Among some of her most notable roles are in television series and films are from “Lady Sings the Blues”, “Mahogany”, “The Wiz” and “Out of Darkness”. Besides a “Golden Globe Award”, Ross has been nominated for the likes of “Academy”, “Grammy”, “Saturn” and “Tony” Awards.

How did Diana Ross get so rich?

It was during the time that she left The Supremes that Diana Ross started to become very rich. Continuing the momentum that she scored with the girl band, Diana Ross quickly released her first solo studio album. The eponymous album included some of her signature songs – “Reach Out and Touch”, and “Ain’t No Mountain High Enough“, which became her first single to debut at the number one position at Billboard Hot 100. Just a year later, after she released her second solo album, Ross starred in her solo television special which was called “Diana!”. In 1972, Motown Records issued a duet album between Diana and Marvin Gaye. In 1973, Ross became the first-ever entertainer in the history of Japan to receive an invitation to the spectacular Imperial Palace.

In April 1974, at the 46th Academy Awards, Ross made history by becoming the first African-American woman to ever co-host the awards. Her most successful album to date, Diana, was released in 1980. While she was constantly releasing hit singles and music albums, Ross also began appearing more on various television series and films. The first film in which she starred in was “Lady Sings the Blue”, which premiered in 1971. Besides appearing and playing some interesting roles in films and series, Ross had a huge success with the movie-themed songs. Among some of them are “Lady Sings the Blues”, “Good Morning Heartache”, and “Theme for Mahogany”.

Diana Ross is famous because she is multi-talented and finally found global fame as the lead singer of “The Supremes” in the 1960s.

She was born and raised in Detroit, Michigan. Her career started when she was just 15 years old. At that time, she joined a sister group called the “Primes”, which served as the sister act of the Primes (later “the Temptations”). The group consisted of Ross, Florence Ballard, Mary Wilson, and Betty McGlown. After the group signed with Motown Records, in 1961, they started using the name “The Supremes”. Just a year after that, Barbara Martin (who had replaced McGlown) left the act, and then the group was turned into a trio consisting of Ballard, Ross, and Wilson.

The Supremes went on to achieve mainstream success during the mid-1960s. Because Ross was the lead singer and contributed a lot to the band’s success, Motown Records decided to rename them “Diana Ross & the Supremes”. Around the same time, the label president Berry Gordy also replaced Florence Ballard with Cindy Birdsong. After more than 10 years in the act, Diana Ross left it in 1970 as she decided to pursue her own solo career. She was replaced by Jean Terrell and the group became “The Supremes” once again.

Diana Ross has a wonderful voice and incredible stage presence. Her hard-working and perfectionist attitude resulted in some of the most incredible performances of the 1960s. Later serving as a major influence for artists like Michael Jackson and Madonna.

It didn’t take long for Diana Ross to become successful. As soon as she left The Supremes, the talented artist gained a lot of popularity for her fun and caring personality, as well as her stunning acting and singing abilities. Just before she turned 40 years old, Ross was honored with her own star on the widely-known Hollywood Walk of Fame.

Throughout the 90s and early 00s, Ross continued to act in several films and series, while never stopping to release new music. In 1991, she became one of the few artists to headline the “Royal Variety Performance”, during which she performed for many royalties, including Prince Philip and Queen Elizabeth II. She was an honorary guest in many shows and realities and was inducted in many Hall of Fames.

Her final album was released in 2006 – “I Love You”, for which she ventured on a world tour to promote it. Besides releasing 24 studio albums, Ross has released 5 soundtrack albums and 5 live albums. She also embarked on more than 20 different tours, which she headlined, with the last one being “Top of the World Tour” from 2020.

Diana Ross is so much more than a popular artist with many hit singles and albums. Often dubbed of the mightiest pop divas from the 60s, this megastar has been cited multiple times as one of the main inspirations for famous artists such as Michael Jackson, Beyonce, and, Madonna, among many others. She’s been named multiple times one of the best artists and dancers of all time.

Thanks to her successful singing career, Ross was also awarded a Guinness World Record for having more than 70 hit singles in charts, a record that remains unbeaten. Also, because of her incredible acting skills, Diana Ross is considered to be one of the most influential female entertainers of the 20th century. 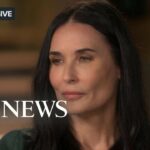 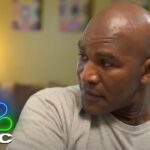