How much is Timbaland worth?

Timbaland is a rapper and was once of the most sought after music producers in hip hop. His beat and rhythm centric tracks have been the center of most of the best music of the mid-2000s and he has sold millions of records. The producer’s music has shifted with the times and, though many people may not recognize it as it isn’t as distinctive as his 2000s music, he has recorded many of the biggest tracks of the 2010s too.

He has worked with some of the most famous musicians in the world including M.I.A, Jay-Z, Justin Timberlake, and Nelly Furtado, to name a few.

After his first credits producing a lot of Genuwine’s music on the record Genuwine… the Bachelor and Aaliyah’s influential One In A Million, huge rappers were starting to take note of Timbaland, and word quickly spread to Missy Elliott. Timbaland produced the whole of Supa Dupa Fly, Missy Elliot’s debut album, which saw release in 1997. After this, the beat maker became one of the most go-to and in demand producers working in hip hop, and he continued his success working with Magoo.

American musician, DJ, record producer, rapper, singer, songwriter, and record executive Timbaland has an estimated net worth of $75 million dollars, as of 2022. Timbaland earns around $7 or $8 million dollars per year. In 2007 and 2008 he was earning over $20 million dollars from his music.

In the 2000s, Timbaland moved on to the next rung of the ladder by working with not just commercial artists, but some of the most popular entertainers in the world. The producer formed a great working relationship with Justin Timberlake, as Timbaland first produced the pop star’s “Cry Me A River”. The song was named one of the greatest songs of all time by Rolling Stone. Due to the song’s success, Timberlake and Timberland decided to work together for almost the whole of the singer’s follow up record, FutureSex/LoveSounds, and the one after that, The 20/20 Experience, both of which were commercial and critical successes. Both albums reached number one in multiple countries and went multi-platinum by the Recording Industry Association of America.

Other artists that Timberlake produced for in the 2000s include Nelly Furtado, who only became successful after she hired Timberlake as her go to beat maker, and ultimately became less successful when she stopped working with him. Timbaland produced the whole of Furtado’s album Loose, which topped the Billboard 200 album chart and sold an incredible 10 million records, making it the fifth best selling female album of the 2000s. He also worked with Beyoncé, Kanye West, M.I.A., and he was even hired by avant-garde artist Bjork to make beats for her, which resulted in one of her most successful hits, the rhythmic “Earth Intruders”.

In the 2010s, though his public profile wasn’t as prominent, he still stayed extremely busy and quietly produced many of people’s favorite tracks of the decade. Timbaland co-produced five tracks from Beyoncé’s self titled album, including the hit “Drunk In Love”, as well as the majority of Magna Carta Holy Grail by Jay-Z. On top of those credits, he contributed to Rihanna’s Anti, which is commonly regarded as her best album, Michael Jackson’s posthumous record, Xscape, and Kanye West’s two 2019 albums, Jesus Is King and Jesus Is Born. Most notably, Timbaland worked with Megan Thee Stallion in 2020, whose profile grew tenfold in the time since.

Timbaland has been producing records for 30 years at this point, as his career began in 1990, which means that he has built a significant amount of wealth from his unique brand of synthetic beats. He is one of the most financially successful artists of the 21st century, as he has produced five singles that have peaked at the number one spot on the Billboard Hot 100 and have sold a combined 15 million copies. And that doesn’t include the 50 charting singles he has produced, his countless featured guest credits, and the fact that he has produced full albums for several high profile musicians.

In the 2000s, Timbaland was one of the highest paid musicians, and though there aren’t many figures for these years, there are for the 2010s. In 2010, Timbaland took home an estimated five million dollars, then an estimated six million dollars for 2012, then an estimated $8.6 million for 2014, and finally a massive estimated $10 million for 2015. Timbaland also earns a ton of royalties, as he gets a pay check every time one of his productions is used in a TV show or movie. To date, his tracks have featured in more than 100 movies and shows, including Mean Girls, The 40 Year Old Virgin, and The Hills, to name a few.

Timbaland’s trademark is the stuttering kick drum that can be heard in most of his songs, and though many other producers try to use replicate that sound, it is rarely as effective as it is in Timbaland’s productions. The kick drum helps create his rhythmic sound and it’s something that Timbaland pioneered way back in the 1990s, and it even influenced UK rave music, though many people think it was the other way around.

Though he was known for that distinctive sound in the 2000s, Timbaland managed to remain successful throughout the 2010s by continuously changing his sound as new trends started to grow in popularity. Though nobody would have ever known that several of the songs on Beyoncé’s eponymous album where produced by the legendary beat maker, as it doesn’t feature the signature stuttering kick drums, it is some of his best work.

One of the best choices Timbaland ever made was to work with Justin Timberlake, not just because of the dozens of hits the duo made together, but also because it launched Timbaland in to the main stream. After the producer’s success with Timberlake, he then worked with dozens of pop stars. And if he never initially worked with Timberland, few people would have ever heard that unique synthetic, electronic sound.

Thanks to his unique way of producing hip hop and creating partnerships with some of the most influential artists of the generation, Timbaland has built a credit list that consists of literally hundreds of tracks. Thanks to working to no end, Timbaland now has an estimated net worth of $75 million. Most recently, Timbaland produced Megan Thee Stallion’s EP Suga, Teyenna Taylor’s “Boomin”, and he reunited with Missy Elliott to produce her track Zero Sugar Done Right for a Pepsi commercial. 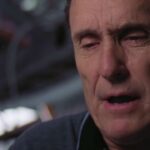 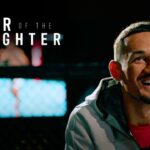