How much was John Lennon worth?

Who Is John Lennon

John Lennon is a musician best known for being one of the four members of The Beatles. For the whole of the 1960s, Lennon would release ballads and rocks songs that would break records and to this day remains unbeaten in the amount of records sold in history. The band has released celebrated and iconic albums such as Sgt. Pepper’s Lonely Hearts Club, Abbey Road, The White Album, and Magical Mystery Tour. Known as the witty and outspoken hippie, Lennon reached godlike levels of fame when he went from recording classic rock songs influenced by Elvis Presley, to psychedelic pop that experimented with electronics and brass bands. And the musician’s success wasn’t hindered when he went solo, as he continued to sell millions of records including one of the most famous Christmas songs of all time.

John Lennon had a net worth of approx. $800 million dollars (adjusted for inflation) at the time if his death, in 1980.

How Did John Lennon Get So Rich?

For a man who sang about how great it would be to live in a world without money and possessions, Lennon sure did have enough of both of them. If it wasn’t for his untimely death, Lennon would be the richest musician in the world. Who knows what collaborations he would have gone on to do as the music world soon shifted in to bubblegum pop. It’s fun to wonder what he would have gone on to record. Before his passing, Lennon he had sold 1.6 billion records (that’s singles back when they were literally records) with his band and as a solo artist. Besides singles, Lennon has sold over 600 million albums worldwide, and 73 million of those were solo albums.

Though there are a lot of artists who are hot for 15 mins and break records with hit singles, Lennon has remained the reigning king of the charts as The Beatles have the most record sales in history, even beating the likes of David Bowie, Led Zeppelin, Prince, and other high ranking megastars. McCartney, Lennon’s songwriting partner, has now surpassed the billion dollar mark in terms of his net worth, so it’s likely that Lennon would have done that too.

Touring in the 1960s wasn’t like how it is now, as some of the best musicians currently tour just to make a living and put dinner on the table. The Beatles toured rigorously every year and, adjusted for inflation, made millions every night. Men and women alike all over the world would pay hand over fist just to faint in Lennon’s presence.

The Beatles were extremely prolific, releasing 13 albums in seven years, sharing songwriting and singing duties with fellow Liverpool guitarist, Paul McCartney. Their first album, Please Please Me, saw a lot of success in the UK and Europe, but their sophomore effort, With The Beatles, was when the band blew up in the US. The record topped the Billboard 200 album chart and remained there for 11 consecutive weeks, largely thanks to Lennon’s “All I’ve Got To Do” and “It Won’t Be Long”. Reaching number one was a surprise after the album debuted at number 92 on the chart. Since that point, every consecutive album became platinum, double platinum, triple platinum, and more, selling hundreds of millions of records.

As the band hibernated in the studio in 1966, they wanted to shoe off current trends, and after spending a longer than normal amount of time in the studio, they finally released “Strawberry Fields Forever”. The song is constantly named the greatest song of all time online and it kicked off the psychedelic era in The Beatles history. It is even rumored that the reason why the song wasn’t put on Sgt. Pepper’s Lonely Hearts Club is because the band thought the track would make every other song seem bad in comparison, but it was the one time the band were wrong as the album has gone 17x platinum! After Sgt. Pepper’s’, the band continued to subvert fans’ expectations by releasing one psychedelic odyssey after the next.

After The Beatles broke up in the early 1970s, Lennon went on to have the most successful solo career of all of the members. He formed the successful The Plastic Ono band with his wife, Yoko Ono, and more notably released the solo album, Imagine, the title track of which became the best selling single of his solo career, reaching platinum status and re-entering the charts on an almost yearly basis.

Being arguably the greatest songwriter of all time, Lennon had a tendency to be overly obnoxious, witty, and outspoken. But who wouldn’t have a god complex when they have literally thousands of screaming fans passing out at the sheer sight of him? This personality became a reason why people loved him and people would often claim Lennon was their favorite Beatle not because of his songs, but because of his personality.

Above all of the touring and his personality, Lennon is a studio wizard. Lennon recorded guitar riffs in songs that music historians are still trying to figure how they were achieved. Following the iconic Sgt. Pepper’s’ album, The Beatles released a string of records that were dizzyingly complex, including Magical Mystery Tour, which features Lennon’s kaleidoscopic “I Am The Walrus”. They also released The White Album, which featured the nine minute instrumental, “Revolution 9”, a song that used the practice of field recordings that had never been done in such a transformative way until then.

As well as his euphoric musical abilities, the guitarist is known for his trippy lyrical content due to his use of hallucinogenics. The lyrics are disputed to this day, over 50 years later, regarding it’s subject matter. Some argue that the lyrics are deep metaphors, while others say they are meaningless. Interestingly enough, Lennon stood with the latter.

Being adored by millions across the world, John Lennon went from humble beginnings in Liverpool to having monuments built in his honor and airports being named after him. Thanks to his ingenious wordplay and unrivaled talent, as even his band mates couldn’t keep up with him, Lennon was so loved that his murder was one of the most musically historical moments of our lifetimes. 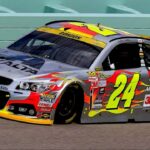 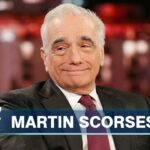