How much is Young Jeezy worth?

Young Jeezy, born Jay Wayne Jenkins, is a rapper and actor who first rose to prominence after signing to Def Jam Recordings in 2004. He has released several chart topping and certified platinum albums including 2004’s Let’s Get It: Thug Motivation 101 and 2008’s The Recession. The rapper is known to often collaborate with other hip hop artists including Kanye West, T.I., and Lil Wayne, with some of his most well known songs include “Soul Survivor”, “I Luv It”, and “Go Getta”. Unfortunately, along with his musical career, Jenkins is also known for some controversial legal issues throughout his career too.

American rapper, singer, songwriter, and actor Young Jeezy has a net worth of $12 million dollars, as of 2021. Real name Jay Wayne Jenkins, Young Jeezy is a pioneer of trap music along with fellow Atlanta-based rappers T.I. and Gucci Mane.

How did Young Jeezy earn his net worth?

Though Jeezy was quickly earning a cult following in the early 2000s, it wasn’t until 2005 when the rapper started to really earn the big bucks. 2005’s Let’s Get It: Thug Motivation 101 sold 172,000 units in its first week and its follow-up, The Inspiration, did even better, selling 350,000 units. It was thanks to the significant collaborations with musicians who had much bigger profiles than those who Jeezy was usually used to working with, including Kanye West, Nas, and T.I.

After 2008, Jeezy spent more time collaborating with other artists as a featured artist himself, as that’s what earned him the most money, being able to score as a much as $100,000 for just one feature. In this time, he featured on “Amazing” by Kanye West, “I’m Going In” by Drake, “Hard” by Rihanna, and “Put Your Hands Up” by DJ Kaled, among many others. When he returned back to his own music, he’d release TM:103 Hustlerz Ambition, which was another hit and sold almost a quarter of a million copies in its first week. In the years since that album, Jeezy has remained consistent in releasing one successful mixtape after the next, and when he released his next album, Seen It All: The Autobiography, in 2014, it was again extremely successful, selling 120,000 units in its first week.

Growing up in Georgia, Jenkins affiliated himself with the Crips and often found himself in trouble with the law, ending up in and out of boot camps throughout his teenage years. But in 2001, Jenkins distracted himself by putting his energy in to rapping, as he released his debut record, Thuggin’ Under the Influence. The success of the album was helped significantly by all of the guest features including Freddy J., Kinky B, and even Lil Jon. Jenkins didn’t slow down, as less than two years later, the rapper released his sophomore effort that was a full two CDs worth of music.

The first chart success Jenkins saw was in 2005, in which he joined the rap group Boyz n da Hood, and their debut album reached number five on the Billboard 200 albums chart. The following year, Jeezy released Let’s Get It: Thug Motivation 101, which hit number one on the Billboard 200 and went Platinum by the Recording Industry Association of America after having sold more than a million units. The album’s success was helped by the hit singles “And Then What”, which featured Mannie Fresh, and “Soul Survivor”, a smash hit featuring Akon that peaked at number four on the Billboard Hot 100 singles chart.

In 2008, Jeezy released his magnum opus, The Recession, which again topped the Billboard 200 chart and sold more than 260,000 copies in just it’s first week. The albums featured guest spots from the likes of Kanye West and Nas, and it even found Jeezy being nominated for his first Grammy Award. The record features the hits “Vacation”, “Put On”, and “My President”. That same year, Jeezy scored his first and, up to now, only number one Billboard 200 hit, as he featured on Usher’s “Love in This Club”. He also featured on a slew of other artists’ singles, including “I’m So Paid” by Akon and “Never Ever” by Ciara.

Though Jeezy has found a ton of fame with his countless singles and chart topping albums, he has also negatively been in the limelight for several controversies and legal issues. In 2014, the rapper was arrested for battery and false imprisonment after a fight with his own son in 2012. Just a few months later, Jeezy was reportedly involved with a shooting that took place in the backstage area at a venue during one of his performances. Upon raiding the rapper’s tour bus, police found an assault rifle and many other guns strapped to his entourage. Jeezy was subsequently arrested and forced to pay a bail of one million dollars.

It’s no secret that Young Jeezy hates commercialism, as it is a stance he has affirmed and reaffirmed time and time again. And though going commercial and making more pop oriented music would usually help an artist’s success, Jeezy maintaining his street credibility and staying true to his roots has helped him wrangle in millions of fans.

Jeezy is one of the trap music figureheads, as he is known as being one of the first rappers to create that sound, along with two other rappers that he often collaborates with, T.I. and Gucci Mane. Trap was thrust in to the mainstream by these three rappers and it has remained as popular as ever from its very inception, with the torch now being carried by younger rappers such as Cheef Keef, Lil Yachty, and A Boogie wit da Hoodie.

Thanks to staying true to his style and sound without ever selling out or going commercial, Young Jeezy has built an enormous fan base that continues to support him even after a slew of controversies. With his original trap sound helping to sell millions of records, the rapper now has an estimated net worth of $12 million. Now, despite the current social climate, Jeezy has still managed to wrangle together a slew of rappers to feature on his newly released album, The Recession 2, a follow-up to one of his most successful records. The album features Rick Ross, Ne-Yo, Yo Gotti, E-40, and even Demi Lovato. 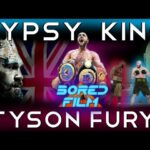 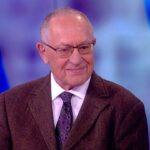