How much is Demi Lovato worth?

Another inductee of the Disney school of child stars, this actress/singer starred alongside the Jonas Brothers in Camp Rock before coming into her own as a solo artist with her debut album Don’t Forget.

Who Is Demi Lovato

Demi Lovato is a popular American actress, singer, and songwriter who has a net worth of $40 million in 2020. Her popularity was boosted in 2002, thanks to the children’s television series “Barney & Friends” where she played Angela. She is also famous for appearing in “Camp Rock”, in which she played the main female character, Mitchie Torres.

Yet music is where her true passion and talents lay. So far she has released six studio albums, all of which landed in the top 5 of the Billboard 200. Most of her songs became global hits and topped various charts. Lovato’s list of achievements is long and the talented artist has won over 70 different awards. She is mainly a pop artist but she isn’t afraid to experiment and released a lot of pop-rock and R&B songs as well. Besides being one of the most popular singers of the 21st century, Demi Lovato is considered to be one of the most influential people in the world.

As a teenager Demi Lovato became a regularly featured actress on the Disney channel. She starred in the series As the Bell Rings beginning in the fall of 2007. Some of her original songs were included on the show. Demi Lovato starred in the comedy series Sonny With a Chance beginning in early 2009 and continued on the show until January 2011. The role of Sonny Munroe was also include on the show-within-a-show So Random!

In June 2008 the Disney TV movie Camp Rock premiered with Demi Lovato in the lead role. Nearly 9 million viewers made her an instant star among young TV viewers. The movie included the hit single “This Is Me” recorded with Joe Jonas of the Jonas Brothers. In the fall of 2009 Demi Lovato starred in the sequel Camp Rock 2: The Final Jam. The soundtrack album was a #3 chart hit matching the peak of the first movie’s soundtrack.

Success As a Solo Recording Artist

At the same time as she reached success starring in Camp Rock, Disney launched Demi Lovato’s career as a solo recording artist. Her debut album Don’t Forget was released in the fall of 2008. Many of the songs on the album were co-written with the Jonas Brothers. The album was produced by John Fields who also produced recordings by the Jonas Brothers. Don’t Forget debuted at #2 on the album chart selling nearly 90,000 copies in its first week. Ultimately it was certified gold. The overall tone of the music is uptempo power pop.

Demi Lovato’s second solo album Here We Go Again was released less than a year after her first in July 2009. She began moving in a more mature musical direction with stronger emotional content while retaining a power pop edge. The album debuted at #1 on the album chart with sales of over 100,000 copies. The album’s title song peaked at #15 on the Billboard Hot 100 becoming Demi Lovato’s first top 40 solo hit.

In August of 2010 Demi Lovato joined the Jonas Brothers world concert tour. However by the end of October she dropped out of the tour to enter a treatment facility to focus on “physical and emotional issues.” It was revealed that she left the tour shortly after an altercation in which she punched a backup dancer on a flight out of Bogota, Colombia. Demi Lovato completed her residential treatment in late January 2011. She later revealed the treatment was for bulimia and self-injury, and she was diagnosed with bipolar disorder. Demi Lovato has since worked to raise awareness for the struggles of people with problems similar to her own.

Work on Demi Lovato’s third solo album Unbroken began in the summer of 2010 before the Jonas Brothers world tour. Recording was put on hiatus while she entered residential treatment. Production continued in April 2011, and the first single “Skyscraper” was released in July 2011. It was a commercial and critical success reaching #10 on the Billboard Hot 100 becoming Demi Lovato’s first top 10 hit as a solo artist. Unbroken hit stores in September 2011 and debuted at #4 on the album chart. In January 2012 a second single “Give Your Heart a Break” was released. The song began a slow climb on the charts until it became Demi Lovato’s first pop radio #1 in September 2012.

In May 2012 it was announced that Demi Lovato would be a judge on the second season of X Factor USA. She joined Britney Spears, Simon Cowell, and L.A. Reid. The experience as a judge was a success and built Demi Lovato’s fan base even larger. Her single “Heart Attack” released in the spring of 2013 was a top 10 pop smash leading into the album Demi which debuted at #3 on the album chart. Demi Lovato signed on to judge a second season of X Factor USA in the fall of 2013.

How did Demi Lovato get so rich?

Demi Lovato became rich because she was both an actress and a singer and gained a lot of popularity in her role in “Camp Rock”. Following the success of the film and some of the songs that she performed for it, Demi Lovato focused on her music career and released her highly anticipated debut album called “Don’t Forget”. The album was released in September and received a lot of positive reviews. In 2009, Lovato recorded a charity single named “Send It On”, which was a collaboration with other Disney stars Selena Gomez, Miley Cyrus, and the Jonas Brothers. The single became the official theme song for Disney’s initiative “Friends for Change”. Also in 2009, Lovato released her second studio project – “Here We Go Again”.

After the success of the first film, it was announced that Camp Rock will receive a sequel, which premiered in September 2010. Lovato reprised her role of Mitchie Torres and performed nine different songs. In no time, the soundtrack album debuted at number 3 in the Billboard 200. At the end of 2010, Lovato announced that she’s leaving “Sonny with a Chance” and going on a hiatus but will return to acting in the future. During that time she focused more on her music career and embarked on several tours, most of which she headlined herself and used to promote her albums.

Demi Lovato is famous for her acting and singing skills. Born in Albuquerque but raised in Dallas, shortly after Lovato’s second birthday, her parents divorced in 1994. That didn’t stop her from following her dreams and working on her talents as she began playing piano at the age of seven and playing guitar at the age of ten. Simultaneously, she also started acting classes and dance.

Because of her acting career, Lovato stated multiple times that she was harshly bullied and that was the reason why she asked for homeschooling. The bullying didn’t stop her from pursuing her acting career and she took parts in a lot of movies and TV series that helped her gain a lot of exposure. In what was her acting and television debut, Demi took part in the children’s television series “Barney and Friends”, in which she portrayed the role of Angela. She worked in the show for two years and left it in 2004. Two years later, Lovato appeared in an episode of Prison Break season 2.

In 2007, she was in the television sitcom “Just Jordan”. Shortly after, she portrayed the main female character, Charlotte Adams, on the Disney Channel’s “As the Bell Rings”. Besides working the short Disney Channel series, Demi auditioned and received both roles for the movie “Camp Rock” and the series “Sonny with a Chance”. In “Camp Rock”, she portrayed the lead character, Mitchie Torres – an aspiring singer. The film premiere was on June 20, 2008, and it attracted 8.9 million viewers. In the movie, Lovato sang four different songs, two of which “We Rock” and “This Is Me” gained a lot of popularity. “This Is Me” made it to number nine on the US Billboard Hot 100 and is really attributed to how Demi Lovato initially became famous.

The reason why Demi Lovato became so successful is because she didn’t stop at the peak of her career but kept pushing through. After she took some time off the acting, Lovato spent some time creating new music. She released her third (“Unbroken”) and fourth (“Demi”) studio albums in 2011 and 2013, respectively. The albums were as successful as her previous two and a lot of the singles from both projects became worldwide hits, especially the song – “Skyscraper”. This single was highly praised by her fans and the media for its messages of confidence and self-worth. It became her highest-peaked single since the phenomenon “This Is Me” and topped many international charts for a number of weeks. After “Skyscraper”, Lovato released another hit single “Give Your Heart A Break”, which to date is called “timeless” and her best song.

Lovato’s fourth album was also met with positive reviews by the music critics and in just a week after it was released, the album became the young singer’s highest-selling album. Selling more than 110,000 copies. Throughout the rest of the 2010s, Lovato continued to work as both an actress and singer. She released two more albums, “Confident” (2015) and “Tell Me You Love Me” (2017), and appeared in many television series, movies, and award shows. Besides appearing as a musical guest and advisor on The Voice, Lovato appeared in The X Factor from 2012 to 2013. At the age of 19, she became the youngest judge in the show’s history and received a Guinness World Record because of it.

Demi Lovato was born Demetria Devonne Lovato on August 20, 1992 in Albuquerque, New Mexico. She grew up in Dallas, Texas. Her mother was a Dallas Cowboys cheerleader. Demi Lovato began playing piano at the age of seven and made her first TV appearance as “Angela” in the children’s show Barney and Friends. It was on the show that she met Selena Gomez who became one of her best friends. As a child Demi Lovato was also subjected to bullying mainly about her weight. That led to a long-term bout with bulimia.

Demi Lovato is truly one of a kind. The young singer quickly became a worldwide star and showed the world she has a lot to offer. Her incredible acting and singing skills have been highly praised and she continues to impress. The long list of awards, six successful music albums, and a lot of sold-out concerts and tours, prove that Demi Lovato is the perfect example of a successful actress/singer. 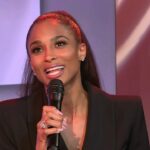 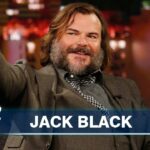