How much is Yo Gotti worth?

Yo Gotti is the stage name of Mario Sentell Gilden Mims. He is an American rapper, record producer, and songwriter who began his career in 1996. He has released 11 studio albums, 25 mixtapes, and earned multiple number one hits. Besides his solo projects, the millionaire is known for his collaborations with the likes of Lil Wayne, Birdman, Travis Scott, Kanye West, Nicki Minaj, and other successful rappers.

Mario was born on May 19, 1981, in Memphis, Tennessee. He was raised in the Ridgecrest Apartments located in the Frayser neighborhood. At the age of 14, after he met DJ Sound and his group, he began rapping under the stage name Lil Yo. After he signed a record deal with the labels Crime Lordz and Gimi Sum, he released his debut studio album titled Youngsta is on a Come Up.

American rapper Yo Gotti has an estimated net worth of $15 million dollars, as of 2023. In 1996, under the alias Lil Yo, Gotti released his debut album Youngsta’s On a Come Up.

Starting the new decade, in the year of 2000, he signed a record deal with the label Inevitable through which he released his next two albums – From the Drop Game to the Rap Game and Self-Explanatory. The rapper’s first three studio projects weren’t commercially successful but they still helped him receive some popularity in the US. In 2003, he joined the TVT label and released his fourth studio album titled Life. The album became his first major-label album, which was a commercial success. The album itself was met with positive reviews and from the sales, promotions, and streams. In 2005, he began releasing both solo singles and collaborations with other artists.

Around that time, he collaborated with the likes of Lil Wayne, Bun B, Birdman, and Pretty Ricky for the creation of several chart-topping songs. In 2006, he released his fifth album – Back to the Basics. In 2009, at a peak of his career, Yo Gotti released his singles “5 Star” and “Women Lie, “Men Lie” (which features Lil Wayne). Both songs became his first singles to receive gold certifications by the RIAA. Throughout the early 2010s, he continued to release gold-certified hits such as “Act Right” and released his sixth studio album called Live from the Kitchen. The album became his first project to receive gold certification by the RIAA for selling more than 500,000 units.

In the early 2010s, he rose to stardom with the release of gold-certified singles and albums. In 2012, he founded his own record label titled CMG, which stands for Collective Music Group (and its previous name was Cocaine Muzik Group). Shortly after the label was found, in November 2013, he released his album I Am. In February 2016, he released by far his most successful album called The Art of Hustle. Gotti’s most recent albums are I Still Am from October 2017 and Untrapped from January 2020.

Apart from creating his own music projects, after establishing his own label, the rapper helped several rising stars become popular hip hop rappers. Among some of the artists that he signed to his label and helped are Black Youngsta, Moneybagg Yo, 42 Bugg, Blocboy JB, and Big Boogie to name a few. Concurrently with rapping and producing records, Yo Gotti is also known for taking part in a number of television series, realities, and documentaries.

Yo Gotti has earned estimated total career income of $34 million dollars. That figure also includes earnings from his real estate business. Of that amount, $4-5 million is expected to have been paid in business related costs. The remainder, $29.5 million, will have been taxed at a rate of around 47% as Gotti has been residing in the state of California. After tax, it is estimated that his career earnings are at around $15.34 million dollars, having paid $14.16 million dollars in taxes.

Yo Gotti is married to Lakeisha Mims and they have no children. In his personal life, he has likely spent $3-5 million dollars of his career earnings but also probably possesses assets valued at around $1-2 million, not including investment assets. In his investments, he may have earned investment returns of $3-4 million dollars, not including his real estate business earnings which have already been accounted for. Therefore, it is estimated that Yo Gotti has a net worth of a rounded down $15 million dollars.

In 2021, Yo Gotti bought a $7.6 million dollar property in Westlake Village, California for him and his family.

Yo Gotti is one of the most famous and richest rappers in the United States. He started his career more than 20 years ago and since then, has created multiple gold-certified projects, including singles, albums, and mixtapes. Now, he continues to build his legacy and produce music for both himself and other artists, while growing his wealth through his own real estate business. 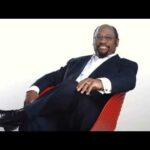 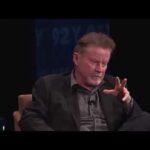