How much is Anuel AA worth?

Anuel AA, born Emmanuel Santiago, is a Latin rapper who rose to stardom after collaborating with some of the most famous Latin American pop stars in the world, such as Daddy Yankee and Shakira. The rapper also worked on huge radio hits with some heavily controversial American gangster rappers and is known for public feuds almost as much as he is for his music.

Puerto Rican rapper and singer Anuel AA has an estimated net worth of $22 million dollars, as of 2022.

Though Anuel had a troubled upbringing that has spilled in to his adult life, as he has been incarcerated for concealing a weapon, that didn’t stop him from recording music. When in jail, the musician rapped the lyrics over the phone to finish the record. And upon the release of his debut record, Real Hasta la Muerte, it was met with critical acclaim, peaked at the top of the US Top Latin Albums chart, and even reached number 42 on the Billboard 200 albums chart. Despite pioneering Latin trap music, the album had flourishes of commercial pop music, which massively helped the record’s success.

Following the rapper’s surprisingly successful record, Anuel started scoring guest spots on records conceived by some of the world’s biggest artists. Anuel featured on the controversial rapper 6ix9ine’s track “Bebe”, which was his first Billboard 100 hit as the track reached number 30 and the video even has an insane 1.1 billion views. After that, AA broke America even further when he collaborated with Nicki Minaj to release a track exclusively for the movie Spider-Man: Into the Spider-Verse, which won the Academy Award for Best Animated Feature and grossed $375.5 million worldwide, greatly exposing the rapper to people who wouldn’t ordinarily listen to reggaeton.

The rapper heavily banks on nostalgia, as he revives old classics in his tracks, either through sampling them or interpolating the lyrics. For example, AA collaborated with Daddy Yankee, Karol G, and J Balvin for the hit “China”, which samples the famous 2000s track “It Wasn’t Me” by Shaggy. “China” reached number two on the Billboard Hot Latin Songs chart and became a phenomenon as it received over 14 million streams within it’s first week of release.

One of AA’s biggest hits that helped the rapper gain the financial success he’s had is his collaboration with Shakira on the track “Me Gusta”, which was released at the beginning of 2020. The track got Anuel the most attention he’s ever had and the video for the track already has over 100 million views in it’s short lifetime. “Me Gusta” also resurrects the old classic, “Sweat (A La La La La Long) by Inner Circle. He also features with many other artists, including 6ix9ine , and Shakira.

Not only has the rapper found most success from sampling latter day disco tracks, but after being imprisoned, rapping about gang culture in Puerto Rico, and working with trap producers, Anuel quickly became regarded as the artist who pioneered Latin trap music. Besides his music, Anuel is also became well known for marrying his peer, the Colombian singer Karol G, at the beginning of 2019, which significantly increased both of their profiles. The two have implied that they intend to become the Latin American version of Beyoncé and Jay-Z, becoming a musical power couple.

Controversially, the rapper has enjoyed heaps of success after engaging in several feuds, seemingly doing it with the only intention of becoming more popular. In 2018, Anuel received enormous amounts of backlash after releasing a diss track aimed at Cosculluela, where he goes on to call the artist a pig. However, the rapper has confessed that it was the biggest mistake of his career. Cosculluela is far from the only artist that Anuel has thrown jabs at, but despite the rapper’s remarks, he becomes more successful with each feud.

Anuel AA married Yailin la Mas Viral in 2022. In his personal life he has likely spent $2-3 million dollars of his career earnings but also earned $2 million dollars from his investments. In real estate, he bought a $6.25 million dollar 4,794-square-foot penthouse located at the Porsche Design Tower in Sunny Isles Beach, Florida.

As he will have also had to pay around $2 million dollars in business related costs, it is therefore estimated, that Anuel AA has a net worth of about $22 million dollars.

As reggaeton has become something of a worldwide phenomenon and is more popular than it has ever been right now, Anuel AA is enjoying a huge wave of success, especially after his newly released sophomore album, Emmanuel, which features Lil Wayne, Bad Bunny, Travis Barker, and more. Right now, Anuel AA has an estimated net worth of six million dollars, and together with his wife Karol G, they have a combined net worth of eight million dollars. 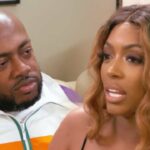 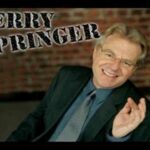