How much is Daddy Yankee worth?

Daddy Yankee was born in Rio Piedras, Puerto Rico on February 3, 1977. He is a Puerto Rican rapper, singer, songwriter, record producer, and actor. In 1994, he became the first artist to coin the word “Regaetton” as a way to describe a new music genre emerging from his home country. By the media, his fans, and many critics, he is dubbed the “King of Reggaetón” and is often cited as an influence by multiple Latin (urban) artists.

He is considered one of the founding fathers of the Reggaeton music genre. However Reggaeton is a considerably less profitable market of music compared to genres like R&B or rock. Since 2019, it is estimated that Daddy Yankee has earned income equal to a salary of $8 million dollars per year.

Puerto Rican singer, rapper, songwriter, actor, and record producer Daddy Yankee has an estimated net worth of $40 million dollars, as of 2023. In 2009, he was named by CNN as the “Most Influential Hispanic Artist”.

When he was young, Yankee aspired to be a professional baseball player and even tried out for the American baseball team Seattle Mariners. Unfortunately, he was shot by a stray round from an AK-47 rifle and that was the reason he couldn’t officially sign or become a baseball player. Instead, the artist began working on music projects, one of which is “Gasolina”. This ultimately became a worldwide hit that helped Yankee received recognition from people all over the world.

The hit is also credited for introducing the Reggaeton genre to people all over the world and it quickly became a global phenomenon. After releasing his hit, Daddy Yankee went on to release six studio albums, headline over nine tours, and star in different films and television series.

Daddy Yankee is famous because he became one of the pioneers of the Reggaeton genre, which was introduced to the whole world thanks to his hit song “Gasolina”. His career started in 1991, shortly after he was shot in the leg by an AK-47 rifle. That prevented him from becoming a baseball player, which Yankee initially aspired to be. With the song “So Persigueme, No Te Detengas”, Yankee first appeared in a 1991 mixtape titled Player 34 put together by his friend – DJ Playero.

A few years later, in April 1995, Yankee released his first studio album No Mercy through the BM Records and White Lion Records in Puerto Rico. At first, he tried rapping and emulating other artists such as Tempo, DJ Player, and DJ Nelson, however, Yankee then decided to perform reggaeton.

In the late 90s, Daddy Yankee released a lot of songs and collaborated with various artists such as Alberto Stylee, Nicky Jam, and the rapper Nas, whom he cited as one of his inspirations. Starting 2000, Yankee formed a duo with Nicky Jam, which was unofficially called “Los Cangris”. The two released different singles together, some of which were added in Yankee’s second album El Cangri.com, released in June 2002.

The association between Yankee and Jam ended in 2004 due to creative differences and a lot of personal issues. During that time, Barrio Fino, Yankee’s third studio project was released. The album was the most anticipated album among the reggaeton community and to promote it, Yankee went on to headline his first tour.

After the success of his third album in 2005, Daddy Yankee won a lot of international awards that helped him gain more popularity. Thanks to the success of the third album, the artist received many promotional contracts with radio companies, fashion brands, and even soda companies such as Pepsi.

His most popular song, “Gasolina”, which played an important part in the Barrio Fino album, was covered by artists from all over the world in different genres and also received nominations for MTV Video Music Awards and Latin Grammy among many others.

Daddy Yankee became rich because he quickly got a lot of attention for his different style. He inspired a huge amount of artists, especially the performers of the reggaeton style. In 2006, Time magazine dubbed him one of the 100 most influential people. The main reason behind his inclusion in this list is because the Barrio Fino album sold 2 million copies and Yankee also signed a $20 million contract with popular record label Interscope Records.

In June 2007, the famous singer released his first album with Interscope – El Cartel: The Big Boss. This was his first album to include collaborations with other international stars such as Akon, Fergie, Nicole Scherzinger, and will.i.am. During the peak of his career, Daddy Yankee appeared in video games, music videos, music awards, and movies. In 2010, he released his fifth studio album Mundial and in 2012, he released his sixth album Prestige.

One of the reasons why Yankee became a worldwide star and so successful is because, just like many other public figures, he combined music with other projects. He appeared in Rockstar Games’ video game Grand Theft Auto IV, released in 2008. His song “Grito Mundial” from his fifth studio project was supposed to be the theme song for the 2010 FIFA World Cup, however, the singer denied the offer. Besides appearing multiple times in the Billboard and Latin Grammy awards, Yankee’s hard work was also recognized winning prestigious awards.

In 2012, Yankee reconciled with Wisin & Yandel, with whom he rivaled for years. The news took over the media and they went on to release multiple singles together. Yankee also appeared in popular TV shows and realities such as The Bold and The Beautiful and Hell’s Kitchen.

After more than 20 years on stage, Yankee was awarded the “Industry Leader Award” by the Latin Billboard Awards in 2016. During that time, Yankee also reconciled with another longtime rival – Don Omar with whom he went on tour. The tour was called The Kingdom World Tour and the tickets were sold out in minutes.

In January 2017, Yankee collaborated with Luis Fonsi, a popular Latin pop singer, for the song “Despacito”. The hit single became the first Spanish-language song to ever hit the number 1 on the Billboard Hot 100 chart since 1996 (and “Macarena”).

The single received global success and, in just 97 days, its official video on YouTube became the second-fastest video to hit 1 billion views. Five months after the song’s release, in June, Daddy Yankee became the most listened artist worldwide on Spotify, also becoming the first Latin artist to ever achieve that.

Daddy Yankee has earned estimated total career income of $65 million dollars. In 2006, he became one of Time’s 100 most influential people after selling more than 2 million singles of the song “Barrio Fino”, as well as signed a lucrative endorsement with Pepsi and a $20 million dollar record deal with Interscope. At time of writing, Daddy Yankee has sold 20 million records.

Daddy Yankee married Mireddys González in 1995 and they have three children together. In his personal life he has likely spent $4-5 million dollars of his career earnings but also earned $5-6 million dollars from his investments. He will have also had to pay around $2-3 million dollars in business related costs. Therefore, it is estimated that Daddy Yankee has a net worth of about $40 million dollars.

When asked about the name Daddy Yankee, most people define him as a hit-maker, whose talent is recognized all over the world. This international star has been performing for more than 25 years and has influenced a lot of worldwide artists. It’s safe to say that he contributed to the success of the reggaeton style and even now, he continues to win awards and pursue his career. 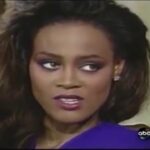 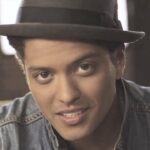