How much is Bad Bunny worth?

Bad Bunny, born Benito Antonio Martinez Ocasio, is a singer and rapper from Puerto Rico who exploded on to the scene with his genre defining blend of trap music and reggaeton. With a number of mixtapes and albums under his belt, Ocasio also mixes in rock and soul music, and often collaborates with other raggaeton artists such as J Balvin, Daddy Yankee, and Ozuna. The rapper is known for his humorous but heartfelt lyrical content and his off-kilter rap delivery.

Outside of Raggaeton, the rapper has also worked with superstars including Drake, Cardi B, Shakira, and Jennifer Lopez. Some of Bad Bunny’s most famous songs include “I Like It”, “Mia”, and “La Cancion”. In the mid 2010s, Bad Bunny was uploading music on SoundCloud and his songs were gaining traction and rapidly growing in popularity. It didn’t take him long to get signed to a record label.

Puerto Rican singer, rapper, and songwriter Bad Bunny has an estimated net worth of $20 million dollars, as of 2023. He’s known for his Latin trap and reggaeton, while also branching out into rock, bachata, and soul.

Since then, Bad Bunny has become a world famous artist and his pseudonym is known across the world. He took his blend of Latin trap and reggaeton international and he is now perhaps the biggest name in mixing the genre with American artists’ music.

The rapper first saw global success in 2018, when he featured on Cardi B’s “I Like It”, in which Bad Bunny rapped in Spanglish, a mix of Spanish and English. The song was an instant hit and it shot to number 1 on the Billboard Hot 100 singles chart.

Later that year, Drake saw him as a bankable rapper and borrowed him for yet another reggaeton infused banger, “Mia”, which peaked at number five on the same chart. To round out 2018, Bad Bunny worked with Jennifer Lopez for the track, “Te Gusta”, which has almost 100 million views on YouTube and over 20 million plays on Spotify.

Despite 2020 being an apocalyptic year by almost all accounts, Bad Bunny still managed to make it a significant success, his sophomore record YHLQMDLG, was his best charting performance yet, peaking at number 2 on the Billboard 200. In July, he featured on the cover of Playboy. Bad Bunny is the first ever male to appear on the cover of a Playboy magazine besides the magazine’s founder, Hugh Hefner.

YHLQMDLG has since become the best selling Spanish album ever in the US, and it didn’t end there. The rapper doubled down on his 2020 success by performing at the Super Bowl LIV halftime show, which was headlined by Shakira and Jennifer Lopez.

He then recorded the COVID-19 related track, “En Casita”, and released a surprise album, Las Que No Iban A Salir, which translates to “The ones that were not going to come out”. Though it’s classed as the follow up to his second album, the record is made up of unfinished tracks and songs that were completed but abandoned.

In 2018, Bad Bunny won the Latin Grammy Award, which doesn’t come with a cash prize, but it significantly boosts album sales, streams on Spotify and other platforms, and Forbes reported that artists see a 55% increase in ticket sales on average. When Taylor Swift won her first Grammy in 2010, she saw an increase of ticket sales by 380%. On top of that, winning a Grammy award comes with notoriety, which means that Bad Bunny is able to charge more for being a guest feature on other artists’ songs, and that’s something he has made a habit out of.

The rapper’s appearance in the Super Bowl half time show would have significantly raised his profile and gotten him millions more streams too, as though performers aren’t paid for their performance, it is the most watched event on TV every year. This means that the performance is essentially a free advertisement for the artists, as it is seen by millions with money to spent on music.

Bad Bunny doesn’t just make his money from his music, as he also has endorsement deals with Foot Locker and Apple. He has become an influencer who has over 16 million followers on Instagram, and his sense of fashion and trendsetting image means that brands will pay handsomely for the rapper to sport their clothes and products.

Bad Bunny has been known to blend genres together that wouldn’t necessarily fit, as he has an ear and musical taste for almost every genre. Besides being influenced by reggaeton pioneers like Marc Anthony and Daddy Yankee, he was influenced by soul, pop, R&B, and even the Bee Gees. The rapper has since expressed interest in creating an album made entirely of rock music, and he has considered the same for bachata. The song, “Tenemos Que Hablar”, from his debut record, sees the rapper dabbling in garage punk, so anything is possible.

Aside from the musicality of his work, the lyrical counterpart is where Bad Bunny has seen a lot of praise. The rapper’s lyrical content contains the perfect mix of humor and emotions. His songs pack so much lyrically that bars can jump from personal thoughts to cultural references to socially aware remarks, as Bad Bunny often explores LGBTQ acceptance, isn’t afraid to discuss sexual harassment, and denounces Puerto Rican governor, Ricardo Rossello.

Thanks to collaborating with some of the most world famous and influential stars in the industry today and performing in the Super Bowl halftime show, which is most watched event of the year, Bad Bunny has become one of the biggest reggaeton artists in the world. Though Bad Bunny had announced his retirement, he released Piano Verano in 2022 one more album, which he had hinted at at the end of “<3”, the final track on YHLQMDLG. In the song he raps, “In nine months I’ll release another, to retire calmly like Miguel Cotto”, referencing the a Puerto Rican boxer who retired the same way. 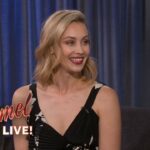 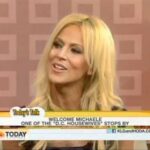