How much is Jerry Springer worth?

Gerald Norman (“Jerry”) Springer was born on February 13th, 1944, to Margot and Richard Springer. Despite later becoming the embodiment of so much of the zeitgeist of American Excess, Jerry Springer was actually born in England; in fact, he was born in the London Underground station of Highgate that was being used as a shelter for the British during the Nazi bombings in World War II. His family was Jewish, and both of his grandmothers died as a result of being housed in Nazi Concentration camps.

At the height of his career, Springer earned income equal to an estimated salary of $8 million dollars per year.

American broadcaster, journalist, actor, producer, and former lawyer and politician Jerry Springer has an estimated net worth of $40 million dollars, as of 2023. At the height of the show, Springer had a reported salary of $8 million dollars.

Springer and his family came to the US in 1949, settling in Queens, NY. Springer attended high school in NYC before enrolling in Tulane University – where he began his broadcasting career as a broadcaster for a local radio station in New Orleans – before obtaining his law degree from the prestigious Northwestern University in 1968.

After graduating from law school, he began working at a law firm in Ohio before pursuing a political career. He became a campaign advisor for Robert Kennedy, but after Kennedy was tragically assassinated Springer returned to Ohio to practice law and was ultimately elected to the Cincinnati City Council in 1973. In 1977, Spring was elected mayor of Cincinnati, a role in which he served from 1977-1978.

It’s an awfully inspirational origin story for a man whose greatest fame came from people screaming at and fighting each other on TV. But we’ll get there.

While Springer was serving on the Cincinnati city council, he also spent time as a broadcaster and political analyst, and while mayor Springer hosted The Springer Memorandum on a local radio affiliate. These radio shows became highly popular and successful, and after his term as Mayor ended he began working for WLWT in Cincinnati as a political reporter. Over the course of his broadcasting career with WLWT, he won 10 regional Emmy awards.

So what did Springer do with all of this credibility and success? He cashed in his “excellence in broadcasting” credibility, possibly with a little bit of his soul thrown in to sweeten the deal, to bring The Jerry Springer Show to the airwaves.

You know the one: the yelling, the screaming, the baby mama drama and the crowds chanting “Jerry! Jerry! Jerry!” like they were at a pro wrestling show. But that’s actually not how it originally started.

In 1991, Springer brought The Jerry Springer Show as a political commentary show, essentially a longer-form version of his wildly popular and successful political commentaries that earned him his Emmy awards. However, the show struggled to find its footing and gain viewers; despite Springer’s wealth of knowledge and experience, Americans in the early-to-mid 1990’s’ didn’t want intelligent commentary and insightful interviews.

This was the era of Cops and Melrose Place and Beverly Hills 90210, all of which were gaining footing in American pop culture in the late 1980’s and early 1990’s.

People didn’t necessarily want to be educated; they wanted to be entertained. And not only did they want to be entertained, they wanted some drama and fireworks and fighting. So, in 1994, Springer and his team tore up the original format of The Jerry Springer Show and began going the tabloid route: spurned lovers, cheating spouses, baby drama, and of course the fights that took place between the show’s guests (much of which may or may not have been staged ahead of time).

And it worked: within a few years, The Jerry Springer Show was one of the most talked-about shows on TV. Yes, much of the talk was negative and centered on how Springer may have been one of the worst TV shows of all time, but as is so often the case in modern American society (especially on TV), there’s no such thing as bad publicity. The more people talked about the show, the more people tuned in; within a few years, Springer was pulling in ratings higher than shows such as Oprah.

In addition, Springer made even more money while serving as the executive producer of The Steve Wilkos Shows, a spinoff of Springer hosted by Springer’s former head of security Steve Wilkos.

Speaking of spinoffs: did you know that there was an opera made about The Jerry Springer Show? It was called Jerry Springer: the Opera and in 2004 it won 4 Laurence Olivier awards (the British equivalent of the Tony Awards), putting the show in the same category as works like Ed Wood and The Disaster Artist, films based on famously trashy/unsuccessful works and people (Ed Wood and Tommy Wiseau, respectively) that became critically acclaimed on their own. Who would have thought?

In addition, a British spinoff of the series (The Springer Show) and a podcast (The Jerry Springer Podcast) helped add to Springer’s massive wealth. Jerry Springer has a net worth of $40 million dollars, as of 2023.

“Successful” is certainly a loaded word when talking about a show like The Jerry Springer Show and its offshoots. Yes, it made lots of money, and yes the show made Springer a household name and earned him name-drops in shows like The Simpsons and even earned him hosting gigs on shows like America’s Got Talent and the 2008 Miss Universe pageant, and he currently can be found hosting Judge Jerry, in which Springer returns to his legal routes to preside over court cases a la Judge Judy.

But at what cost did his success come? More importantly, does it even matter the cost that someone pays as long as the money keeps rolling in the fame keeps coming? He may have traded in some of his morals and education for fame via trash TV, but Springer was able to see the direction American culture was going before anyone else did; in fact, one could say that Springer was at the forefront of the reality TV boom, noting that people wanting to see car crashes featuring over-the-top drama queens and baby daddies and then see them all fight (even if most of those fights were manufactured).

Does this make him a genius (for seeing how the winds were blowing) or a madman? In short, he’s a genius: anyone who can figure out how things are going, where they’re going, and ride that wave to the top deserves more credit than blame.

When you really stop to think about it, Jerry Springer encompasses the American Dream as well as anyone ever has, especially in the last 30 years or so. He found something that people wanted, exploited it, and made a career out of it. For better or for worse, Springer has influenced so much of TV these last 25-30 years or so – both in America and overseas – by seeing what people wanted and giving it to them.

Is he a villain? Perhaps. Is he responsible for the moral decline of society? Maybe he deserves a piece of that (dis)honor. Is he a genius? Absolutely. 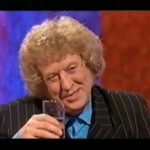 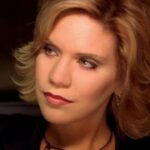