How much is Cosculluela worth?

Cosculluela, born Jose Fernando Cosculluela Suarez, is a singer from Puerto Rico who has become famous for surprising people with his expert delivery as an MC and producing some of the most popular reggaeton songs to date. The artist drew in a wider audience thanks to a heated feud with fellow Puerto Rico rapper, Anuel AA, and has grown in popularity in later years due to his collaborations with more famous producers such as J Balvin, and featuring on several tracks with Latin American superstar, Daddy Yankee.

It was at the shockingly young age of 16 when Cosculluela not only dabbled in hip hop, but dove right in, producing huge underground mixtapes and caught the attention of DJ Buddha, an extremely popular reggaeton producer who has become the go to man for all Latin American music.

The producer has worked on dozens of tracks for the likes of Snoop Dogg, Daddy Yankee, Afro Jack, Michael Jackson, and Pitbull.

Puerto Rican singer, songwriter and rapper Cosculluela has an estimated net worth of $10 million dollars, as of 2023. The singer became caught up in a controversy after Anuel AA released a diss track aimed at Cosculluela, in 2018.

Though unintentionally, the spotlight was on Cosculluela, gaining a lot of attention when fellow Puerto Rican rapper Anuel AA started a feud with him. Anuel put out a diss track heavily criticizing Cosculluela, including foul language and offensive remarks about homosexuality and AIDS patients. Unsurprisingly, fans sided with Cosculluela and he gained thousands more fans in response.

After time had passed, Anuel has regretted what he said and has claimed it was the biggest mistake of his entire career.

Not only was the record a commercial success, but it was also a critical darling, introducing a lot of the western world to its first taste of reggaeton.

2015 was one the rapper’s most successful years to date, as Cosculluela released the radio banger, “Te Busco”, with Nicky Jam, and now he has over 5.5 million monthly Spotify listeners and tracks that have reached 250 million plays on the streaming service.

Though the amount is undisclosed, Cosculluela caused an all out bidding war between record labels in 2014 after his string of hits and his successful rap battle against the former Buddha’s Family member, Tempo. The musician the got signed to Warner Music Latina for a high seven figure deal, as the deal allowed the label to distribute the whole of Cosculluela’s back catalogue. Warner also awarded the rapper with a huge advance to work on his most successful album to date.

As Cosculluela had made a name for himself successfully creating hardcore hip hop, he reached major success when he finally made the leap in to creating mainstream reggaeton that J Balvin and Nicky Jam had made fortunes out of. This was never more realized than on his third album, Blanco Perla, which featured hits such as “Manicomio” and “La Boda”. The rapper’s commercial success was helped by featuring more famous guests on his record, much more famous than he had ever been used to, including Daddy Yankee, Nicky Jam, and De La Ghetto.

The rapper and DJ Buddha formed a great working relationship together and the producer even inducted him into his hip hop group, Buddha’s Family.

In the following years Cosculluela was seen as the standout in the group with many of his underground demos reaching mainstream audiences, but it was with the smash hit “Te Va Lr Mal”, from the compilation album, Buddha’s Family 2, that got the rapper recognition oversees and allowed him to feature on more well known artists’ tracks.

Cosculluela married Jennifer Fugenzi in 2015 and they remain together. They have five children. In his personal life he has likely spent $1-2 million dollars of his career earnings but also earned $1.5 million dollars from his investments. He will have also had to pay around $1 million dollars in business related costs. Therefore, it is estimated that Cosculluela has a net worth of about $10 million dollars.

Though there have been many controversies surrounding the rapper and there have been several learning curves through his journey to get here, Cosculluela has carved out his own unique brand so much as to be crowned “el Principe del Verso”, which translates to The Prince of Verse, due to his versatile lyrics and exceptional delivery.

Despite being born in to a wealthy family and having an upper class upbringing, it is thanks to his versatility and a huge number of guest verses on his peers’ tracks that Cosculluela has accrued an estimated net worth of $10 million. 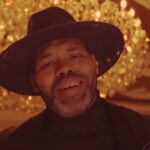