How much is Pitbull worth?

Pitbull is the stage name of the rapper Armando Perez. Born on January 15, 1981, Perez is a popular American rapper, record producer, singer, and songwriter. He began his career in the early 2000s by recording music in different genres – from reggaeton and Latin hip hop to crunk and pop. His debut album, titled “M.I.A.M.I” was released in 2004. Throughout his nearly 20 years long career, Pitbull has released five different albums, received many awards, and also worked as a brand ambassador for many brands.

Pitbull is also a known philanthropist. He has participated in many organizations, foundations, and is an activist for bridging the poverty gap. During his career, he sold more than 7 million studio albums, as well as 100 million singles worldwide. As of 2021, his most popular song is a collaboration with American singer Kesha named “Timber”. The song itself topped the Billboard Hot 100 for three weeks straight among other international music charts, sold approximately 12.6 million units just in 2014 alone and as of 2021, its official music video was watched more than 1.2 billion times, making it one of the most-watched videos on YouTube.

We calculate Pitbull has a net worth of about $100 million dollars, as of 2021. Which seems quite low compared to other rappers with similar achievements, yet Pitbull’s net worth is expected to rise in the coming years.

How did Pitbull get rich?

Pitbull became rich mainly because he released a lot of albums and songs that became worldwide sensations. He released his very first album in 2004 – “M.I.A.M.I”. The lead single of the album is “Culo” which was produced by the Diaz Brothers and Lil Jon. To promote his debut album, Pitbull embarked on his first tour – the Anger Management Tour with was headlined by 50 Cent and Eminem.

Pitbull continued to release new albums almost every year. During the release of his next albums, Pitbull starred in his own variety show called “Pitbull’s La Esquina” which aired from 2007 to 2009. After releasing four different studio projects, Pitbull moved to another label – Ultra Records with which he released three new albums – “Armando” (2010) – his first album to have only songs in the Spanish language, “Planet Pit” (2011), and “Global Warming” (2012). To further promote his albums, the singer embarked on his first tours where he was the headliner.

During the 2010s, Pitbull began working with international stars such as Janet Jackson, Marc Anthony, Jennifer Lopez, and Enrique Iglesias. After the release of his first full-length Spanish language album, the singer was nominated for many awards at the 2011 Billboard Latin Music Awards. In fact, at the event, he was one of the most nominated artists with seven nominations.

Pitbull is famous because he released songs that became worldwide hits and he collaborated with many popular artists. Pitbull was born to Cuban expatriates that moved to Miami, Florida. At a young age, he chose to go by the stage name “Pitbull”, which was inspired by the dogs. The artist stated that he chose the name because dogs are relentless, especially pit bulls and they bite to lock.

Pitbull transitioned into an artist and began pursuing his music career in 2001. The 20 years old was signed to Luke Records – the label of Luther Campbell. During that time, he was also introduced to Robert Fernandez who worked for an independent label & management company that specializes in developing artists. Thanks to Fernandez, Pitbull was introduced to Lil Jon and he was featured on his album “Kings of Crunk”. During that time, one of Pitbull’s songs “Oye” was featured in one of the most popular films from 2003 – “2 Fast 2 Furious”. This raised the young rapper’s profile, and even more so after he collaborated in Lil Jon’s album.

Pitbull is successful because like the pit bull dogs name that he took on, Pitbull is relentless as an artist and in his career. Despite his early challenges growing up and then struggling to get signed, Pitbull pushed past failure and eventually met with success.

Pitbull’s success came in the 2010s. His formula for success was constantly releasing new songs and albums, as well as collaborating with famous artists. Through collaborating with a variety of different artists in different genres from pop, to R&B, reggaeton and rap, Pitbull built a diverse audience early on. He also built his profile by rubbing shoulders with some of the biggest celebrities in the world soon becoming one himself, while benefiting from some of the biggest opportunities in the industry.

Jennifer Lopez released her album “Love” in April 2011 and the album featured two songs that are collaborations with Pitbull – “Fresh Out the Oven” and “On the Floor”. The song “On the Floor” was a massive hit and went onto debut at number 9 in the Billboard Hot 100. In November 2013, after releasing his album “Global Warming”, Pitbull announced he will be releasing a mixtape as a follow up of this specific album. The extended play was called “Global Warming: Meltdown” and its lead single “Timber” is featuring Kesha. The single became a worldwide hit and quickly topped many international charts, including the Billboard Hot 100, where it stayed at number-one for 3 weeks straight. The accompanying music video for “Timber” is one of the biggest hits and mostly viewed videos in the world.

Apart from creating his own albums, Pitbull appeared in many of the albums of other artists – Priyanka Chopra, Belinda, Jason Derulo, and Florida. He also made sporadic appearances in music awards shows and reality series such as “Punk’d”, “When I Was 17”, and “Dancing with the Stars”. Throughout the rest of the 2010s, Pitbull continued to release new studio projects – “Globalization” (2014), “Dale” (2015), “Climate Change” (2017), and “Libertad 548” (2019). Of all his 11 studio albums, “Dale” was the most successful. Thanks to the album, in 2016, Pitbull was nominated and actually won his first and only Grammy Award for Best Latin Rock/Urban/Alternative Album. He is one of the most nominated artists in the Billboard Latin Music Awards, Latin Music Italian Awards, Premios Juventud, and Teen Choice Awards, having received dozens of nominations in these as well as many other music award shows.

Outside of the music industry, Pitbull has many virtues. He’s taken part in many advertising campaigns for the likes of Amazon, Walmart, Boost Mobile, Dr. Pepper, and Pepsi. He is also a philanthropist that has helped many people from all over the world. He’s worked with dozens of campaigns, foundations, and organizations and donated a lot of money for various causes, including SLAM. SLAM stands for Sports Leadership and Management and is a Tuition-Free Public charter for middle and high school students.

Pitbull quickly became one of the most successful and beloved rappers. The record producer has been on stage for almost 20 years and he’s not stopping any time soon. His songs very quickly turn into global hits that can be heard anywhere, from bars and clubs, to living rooms all over the world.

Besides getting his own star on the Hollywood Walk of Fame, the singer has produced songs that were used as anthems for many popular events such as FIFA (2014), Super Bowl, and most recently, NASCAR Cup series in early 2020. On April 13, 2020, Pitbull also released a single titled “I Believe That We Will Win (World Anthem)”. 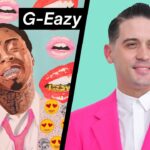 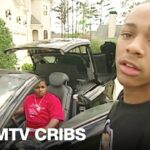