How much is Anthony Mackie worth?

Who Is Anthony Mackie

Anthony Mackie is an actor who, after graduating from Julliard School’s drama division, earned work immediately with roles alongside Eminem, Denzel Washington, Orlando Bloom, and Clint Eastwood. He is most well known for playing The Falcon in the Marvel Cinematic Universe and he is now taking advantage of the new way movies and TV are consumed by signing deals with numerous streaming services.

American actor and film producer Anthony Mackie has a net worth of $8 million dollars, as of 2021. Probably best known for showing up in the Marvel Cinematic Universe as Falcon.

How has Anthony Mackie earned his net worth?

It isn’t just a couple of features Mackie has had in the MCU. At the end of Avengers: Age of Ultron, he was a fully fledged Avenger, and the actor has now starred in six movies in the universe. Besides Winter Soldier,’ you can see Mackie in Avengers: Age of Ultron, Ant-Man, Captain America: Civil War, Avengers: Infinity War, and Avengers: Endgame. Though it isn’t clear how much he has been paid for all of his appearances in the Marvel movies, he did get a salary of $100,000 for donning the wings in Avengers: Age Of Ultron. As Mackie has had a much bigger role with each following movie, it’s safe to say that the salary would have jumped up massively.

With a love of acting in science fiction, Mackie also plays the lead actor in the Netflix original series, Altered Carbon, and for that the actor gets paid $475,000 per episode. With there being eight episodes in the seasons, that makes Mackie’s pay check just below the four million mark.

After performing in plays at a young age, Mackie got his big break when he starred in the Eminem vehicle, 8 Mile, a movie influenced by Eminem’s real life about freestyle rap and trying to earn respect from his peers in Detroit. Mackie played the antagonist to Eminem’s underdog that audiences routed for. With the help from a soundtrack full of original tracks by Eminem and his ability to act surprisingly well, the movie was a massive success as it was nominated for Academy Awards and dominated the box office upon release. The film grossed over $240 million worldwide off of a budget of just $40 million. After the film was seen by millions, it put the spotlight on Mackie and opened up doors for him in Hollywood that would help him reach much bigger audiences.

Thanks to his performance in 8 Mile, Mackie scored a role in Clint Eastwood’s magnificent Million Dollar Baby, starring Hilary Swank as an underground amateur boxer who is given guidance by Eastwood. All of a sudden Mackie went from acting alongside rappers to being part of an ensemble cast that includes not only Swank and Eastwood, but also Morgan Freeman.

The next movie that was a clear tent pole in Mackie’s career was The Hurt Locker, directed by Kathryn Bigalow, where he starred alongside Marvel cohort Jeremy Renner and follows a bomb disposal team in Iraq. Anthony Mackie could be seen as a good luck charm as not one, but both of those movies went on to not only be nominated for the award of Best Picture at The Academy Awards, but go on to win the coveted statue. Mackie also has a great working relationship with Kathryn Bigalow as he starred in both The Hurt Locker and Detroit, which was also directed by Bigalow and Mackie was highly praised for his performance alongside John Boyega.

The next leg of Mackie’s career is his most successful to date, as he scored the role of The Falcon in the Marvel Cinematic Universe, the most successful movie franchise in the world as there are more than 20 movies in its cannon. Mackie first featured in Captain America: Winter Soldier, which followed the format of a traditional espionage movie and was praised for being much more mature than any of the previous Marvel movies. It also introduced a slew of new characters and laid the groundwork for where the franchise was heading, and Mackie had a huge role in making that work.

Anthony Mackie loves to play real life people, from historic figures to controversial rappers. In 2009 he took on the role of the prolific rapper, Tupac Shakur in the movie Notorious, which was about Biggie Smalls, and most recently the actor played Martin Luther King Jr. in the HBO movie, All The Way, and he played Karl Greene in Detroit. One of the most interesting real life roles Mackie took on was the character of body building criminal Adrian Doorbal in the Michael Bay directed movie, Pain & Gain. In a movie that was considerably low budget for a Michael Bay production, critics praised the movie, it made four times it’s budget at the box office, and Mackie held his own despite acting alongside heavyweights Dwayne Johnson and Mark Wahlberg.

Mackie is ahead of the curve and understands where the film and television medium is heading. Though you can see the actor all over the big screen in supporting roles all year round, he has headed to streaming services and has signed deals with many different companies. He can soon be seen in not only his own show on Disney+, but several different Marvel themed shows. He has a leading role in The Banker, which co-stars Samuel L Jackson on AppleTV+. And, of course, the actor featured prominently in IO, the Netflix original movie, and is also set to have a leading role in another Netflix sci-fi movie, Outside The Wire.

Largely thanks to his role in the Marvel Cinematic Universe that he has made his own, Anthony Mackie reportedly has a net worth of $8 million. Once Altered Carbon returns for a third season and Mackie has wrapped up filming on his leading role in the Disney+ series, The Falcon and the Winter Soldier, Mackie will no doubt be sitting comfortably on a net worth of eight figures. The actor is scheduled to be seen in The Woman In The Window, a psychological thriller movie where he will be acting alongside Gary Oldman later this year. 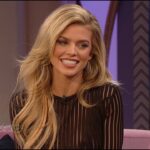 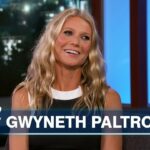