How much is Clint Eastwood worth?

Clinton Eastwood Jr. is a true Hollywood icon. His name, along with the name of John Wayne is synonymous with the movie genre Western, which was once the most popular movie genre in the world. But he isn’t just a highly successful actor. Clint Eastwood is also a very accomplished movie director.

He was born in 1930, in San Franciso. His mother was named Ruth, while his father wore the same name as Clint. Tragically, his father would not live to see all the accomplishments of his son, because he passed away in 1970, at the time when Eastwood’s career was just starting to take off. He was a troublemaker in his youth, as well as really bad at school. He was held back a class a couple of times. And was suspended from school on a few occasions.

Eastwood wanted to apply to a university but due to him being drafted in the Korean war, he didn’t. But he never saw combat, and spend the duration of the Korean War as a reserve at home. After high school, he worked in all kinds of jobs including a lifeguard and a grocery store clerk.

How did Clint Eastwood get so rich?

The acting was the haven that saved the life of the young and restless Clint Eastwood. He didn’t really plan on it but was recruited into the business. Western TV shows were all the rage in the 50s and 60s. Shows like Gunsmoke ran for years and were watched by millions. CBS wanted its version of Gunsmoke called Rawhide. One of their directors spotted Clint Eastwood on the street and approached him, suggesting that he would be fit for a role on their show.

He earned a place in the show, initially as a smaller role. He was a horrible actor when he first got his start, everybody attests to that. He struggled to remember lines, he didn’t even know where to look or how to stand. For eight long years, he would have minor roles in both movies and TV shows. In 1958, finally, he would join Rawhide as a regular cast member. He worked on the show for 7 years. He later recalled that it was one of the hardest periods of his life. He worked more than 12 hours a day, usually six days a week. But it made him a lot of money at the time, over $700 dollars per episode.

After the show was cancelled and he received a severance package of about $120 thousand dollars, from then on Clint Eastwood was looking for his next break. It came from an unexpected place. He got an offer to film in Spain for an unknown director at the time, Sergio Leone. Eastwood was tired of playing the ordinary white guy and liked the idea of playing a gunslinger antihero which the Man With No Name was. That movie and the whole Fistfull of Dollars trilogy was a global success. It made Clint Eastwood into a star, and one of the biggest western icons of all time.

But critics weren’t as thrilled as the fans were. This would be a theme of a lot of his work, loved by fans and panned by critics. But the trilogy made him a star and he was soon making a lot more money per movie. One such early success was the movie Hang Em High. Eastwood was paid $400 thousand dollars for his role in the movie and an additional 25% of the box office gross.

During the 70s and 80s, he starred in another iconic role in the Dirty Harry movies. The character of the detective Harry Callahan was similar to that of his Man With No Name, a gunslinging antihero who takes justice into his own hands. The movie franchise spanned 5 movies and cemented Eastwood as a model of western masculinity. Later in life, he also found success at award shows. His movies had over 40 Oscar nominations and they won 13 of them. Those include two Best Picture and Best Actor nominations. He is also one of those rare actors who have won an Oscar for best director. Some of his best films include The Unforgiven, The Million Dollar Baby, A Fistful of Dollars, Dirty Harry, Gran Torino, American Sniper and The Bridges of Madison County.

Clint Eastwood never feared anything. He was not afraid to work hard. But his issues early in life were that he lacked the focus. With acting, he found his gateway towards success in life. Not being able to go to college, and suffering from a poor academic background, he didn’t have many options. But luck was on his side. He was seen by one of the producers of a great TV show and got his chance. But we can praise Clint Eastwood for his abilities and willingness to work.

When he started out as an actor he was terrible. But he worked on his craft, he put in extra work even on the days when he was supposed to film Rawhide for 12 hours straight. He learned to love the movie industry and gathered knowledge about every aspect of film-making. He used that knowledge later in life when he became one of the best and commercially most successful movie directors of his generation.

We calculate Clint Eastwood is worth $390 million dollars in 2020.

The success of Clint Eastwood is one of a kind story, maybe fit even for a movie. A guy down on his luck gets spotted by a TV producer and starts his career. Sure it wasn’t a meteoric rise right away. But after grinding for a couple of years he got his chances, first on TV then on film. He was willing to take risks, do movies for film directors nobody had heard off, in countries that were not that famous for film-making at the time.

With courage, confidence and determination, Clint Eastwood went from a high school graduate who could have peaked as some sort of salesman, to one of the biggest movie stars of all time. But he was not just a star, he was a creative force behind many award-winning films as well. 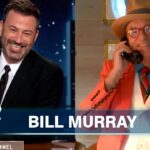 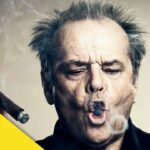