How much is Michael Bay worth?

This director, for better or for worse, has become synonymous with much of what big-budget Hollywood movies have become over the last 25-30 years. Many people would side with “for the worse” part of the equation, but there can be no doubt that this man has earned his money as a director and producer. I’m talking, of course, about Michael Bay.

Michael Bay is the director who makes things go “boom.”

OK, I mean, there’s more to it than that. But when it comes to things that people in Hollywood have been historically known for, Michael Bay and his explosions are right up there with Don LaFontaine and his legendary “in a world” movie trailers and Tom Cruise making you watch him run a whole lot for no reason.

American film director and producer Michael Bay has an estimated net worth of $400 million dollars, as of 2022.

Michael Benjamin Bay was born on February 17th, 1965, in Los Angeles, CA. He was actually adopted and raised by Jim and Harriet Bay. As a young child, he first became interested in filmmaking when he made home movies in his house, which frequently included – surprise – setting off firecrackers and causing explosions around his many toys, even one time setting his bedroom on fire. It was a fitting start to someone who would become fascinated with blowing things up and, to a large degree, playing with toys on a grand scale (indeed, he’s made five Transformers movies as a director and has one in the queue as an executive producer).

Before he made things explode, Michael Bay made his early name by making things rock. Indeed, Michael Bay’s early career was made up of around 35 different directorial credits for music videos, some of which are bona fide classics such as Meatloaf’s “I’d Do Anything for Love (But I Won’t Do That).” Due to this success in directing music videos, in 1995 Bay caught the attention of producer Jerry Bruckheimer, who hired him to direct Bay Boys, a movie that made $141 million at the box office and launch both the directorial career of Bay and the movie star career of Will Smith.

The movie Bad Boys truly started the trend of Michael Bay movies that critics weren’t exactly fond of, but audiences really enjoyed and they made money. And that trend has followed him throughout his career, though I doubt that Bay is complaining.

Indeed, his follow-up movie to Bad Boys, 1996’s The Rock, was the only movie he ever directed that achieved any kind of mainstream critical acclaim (as per Rotten Tomatoes). But his movies consistently made money hand over fist, year after year. And not only that, he developed that Michael Bay aesthetic that became his calling card: crazy action, lots of explosions, not a lot put into a quality story-line in our opinion, but bankable as anything.

After The Rock came movies like Armageddon (a disaster movie almost more famous for the hit song it spawned and all the high school wannabe-romantic boys dreaming of serenading the girl out of his league…yes, that was me, be quiet there), followed by Pearl Harbor (whose historical accuracy was limited to the fact that essentially there was a Pearl Harbor in Hawaii and ships did get attacked there), and then essentially a string of Transformers movies that made money despite the fact that nobody really, truly liked them, they just kind of enjoyed going to see them and watching explosions and eating popcorn.

But he keeps getting work because, in the end, people just want to be entertained and get away from the world for a few hours. And that, in a nutshell, is Michael Bay.

Michael Bay’s net worth is estimated to be $400 million, with a $65 million per year estimated salary. For what it’s worth, Quentin Tarantino – one of the most critically acclaimed and beloved directors of the same generation as Michael Bay (they are about the same age) – has a net worth of about $150 million, about 1/4 of the amount of money earned by Bay.

So it brings about the question: what matters more to a Hollywood director? Is it better to make money and be critically reviled? Or is it better to struggle financially but be beloved critically? It’s a debate that has raged on for years: so many Best Picture winners toil in obscurity, don’t make any real money, and are forgotten over time. But movies like the ones that Michael Bay makes may on occasion be critically reviled and purposefully forgotten about in the long term…but no one can say this director doesn’t know how to make bankable productions.

Success comes at a cost, but as noted in the previous section, that cost comes with a very profitable end result and nicely padded bank account. In fact, of all of the major modern-day directors, Michael Bay and his Hollywood career is most closely represented by one of the most iconic moments from The Simpsons (just watch and you’ll understand).

Yes, his movies were formulaic, relied on heavy product placement and commercialism, the aforementioned overuse of explosions and mindless action, as well as a somewhat disturbing trend of sexualizing/dehumanizing female characters (which led to a rather ignominious and high-profile feud with one of his frequent stars in Megan Fox).

But Michael Bay movies are known for one thing more than anything else: they will be Michael Bay movies, and whether or not they are critically acclaimed (highly unlikely) or movies that made critics throw their hands in the air and say “whatever, art is dead” but audiences will eat up, they will make money. And Hollywood, especially in the current era of Prestige TV (with movies taking a decided backseat to TV as a the premier artform of the modern era), can’t turn away someone who makes films that make money… and can be damn entertaining to boot.

Michael Bay is a tremendous litmus test for what you value in art: is it worth it to be commercially successful but often critically unapproved of? Indeed, I don’t think it’s likely that any Michael Bay movies are studied in film studies classes 50 years from now (except as an example of Hollywood excess).

But in the short term, does that matter? Michael Bay seems to think not, and he’s made tons of money from it and lives a happy and very comfortable life. So who am I to argue? As of 2022, Michael Bay’s net worth is estimated to be $400 million dollars. 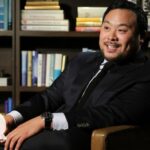 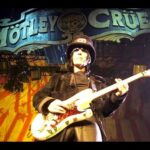