How much is Gary Oldman worth?

Who Is Gary Oldman

Gary Oldman is a British actor who rose to fame and scored some of the most iconic roles in the 90s. In the 2000s, the actor went on to become a prominent figure in several franchises, with many of them grossing billions of dollars, including The Dark Knight trilogy, Harry Potter, and The Planet of the Apes. Oldman is now one of the most respected figures in Hollywood for his villainous roles in tonnes of thriller movies, but also for being an Academy Award winning actor, earning the Oscar for Best Actor for his role in Darkest Hour.

How Did Gary Oldman Get So Rich?

A quick look at his movies’ performances at the box office shows how much the star potentially earns per movie, and as the majority of his films that are a part of a franchise all surpass the billion dollar mark, its safe to say that Oldman is doing fairly well for himself. All racked up, the three films that make up the Dark Knight trilogy have made a combined $2.5 billion, with the highest grossing of the three being The Dark Knight Rises, reaching almost $1.1 billion. The actor’s movies in the Harry Potter series performed even better, making close to $4 billion.

There’s no question about it that all of the franchises Oldman has taken part in is what can afford him tonnes of luxuries, making millions of dollars per role. But as a standalone movie not tied to any series, Darkest Hour performed exceptionally well, grossing $150 million worldwide off a $30 million budget. Oldman is also no stranger to voice acting in video games, as he has quite a lot of credits for war games including Medal of Honor and Call of Duty. He was also the voice of Ignitus in all three of the Legend of Spyro games.

As Oldman has been a classically trained actor since 1979 and was even a member of The Royal Shakespeare Company, his first roles were dramas and tragedies. One of his early audience capturing roles being the movie adaptation of Rosencrantz and Guildenstern Are Dead, a spin-off of Hamlet co-starring Tim Roth. But it wasn’t until the 1990s when he got his breakout role, as he was cast in Bram Stoker’s Dracula, the final epic that Francis Ford Coppola would ever direct. Oldman was praised for his take on the aged character and the movie made over $200 million worldwide.

That film opened the Oldman floodgates, as he seemingly had a role in every movie that came out thereafter, almost always playing a villain. The actor had two iconic movie roles back to back in 1993 and 1994, as he appeared in 1993’s True Romance, penned by Quentin Tarantino, where Oldham played a dread-locked pimp named Drexl, and if you weren’t told who it was before watching it, you’d have no clue it was him behind the beads. The year after that, he played Norman Stancefield, the antagonist in Leon: The Professional. Even without having seen the film, most people will know of it, as the scene in which Oldman angrily screams, “Everyone!” has become a viral meme.

In the 2000s, Oldham was one of the first actors to take advantage of starring in franchises, almost having the foresight of where the movie industry was heading 15 years in advance. The actor has starred in four Harry Pottermovies with his debut being in Harry Potter and the Prisoner of Azkaban, which is generally regarded as the best in the series due not only to the time travelling aspect, but to Oldman’s performance.

Other than than Harry Potter, Oldman’s other franchise successes come in the form of The Dark Knight trilogy, in which he plays commissioner Gordon, the only guy on the police force that trusts Batman. As there have been several different takes on the character going back decades, Oldman was commended for doing something unique that had ever been put to screen in any other Batman movie. Finally, the actor was the main antagonist in what is known as the best Planet of the Apes movie, Dawn of the Planet of the Apes.

Being one of the few classically trained actors working in Hollywood today, as other actors these days come from a modelling or an entertainment background, Oldman brings a sense of theatricality and drama to all of his roles, often shaming other actors with whom he shares the scene. It is the reason why he won the Academy Award for Best Actor for his take on Winston Churchill in Darkest Hour despite the film not having overwhelmingly positive reviews. And it is no coincidence that every existing character he portrays is often regarded as the best take. Oldman even featured in the episode of Friends, “The One with Monica and Chandler’s Wedding”, wherin he mocks his own work ethic. The episode was extremely popular with over nine million households tuning in for the event, and his small role in the show was even nominated for a prime time Emmy.

Though he is a great actor and has dozens of accolades and a back catalogue of iconic characters to show for it, he is pigeon holed in to playing villainous characters. However, Oldham plays on this and it has helped his career significantly. By clearly having fun and embracing villain archetypes on screen, Oldman has been able to score evil roles in The Firm, Lawless, Planet of the Apes, The Fifth Element, Leon: The Professional, and many, many others.

With a long list of iconic characters under his belt and featuring in some of the highest grossing franchises of all time, Oldman has become Hollywood royalty. The movie star has an estimated net worth of $50 million. The actor will be re-teaming with The Darkest Hour director Joe Wright for the upcoming thriller The Woman In The Window, set for release later this year, and he even has two other thrillers currently in post-production, including the upcoming David Fincher movie, Manc. 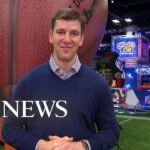 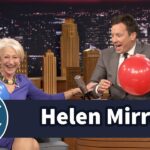