How much is Valentin Chmerkovskiy worth?

Valentin “Val” Chmerkovskiy is a professional dancer on Dancing With the Stars. On the ABC reality competition–which he joined in Season Thirteen–Val trains and performs with celebrities like Elisabetta Canalis.

Ukrainian-American professional dancer Valentin Chmerkovskiy has a net worth of $10 million dollars, as of 2021. Two-time World Latin Dance Champion, Chmerkovskiy has also won the U.S. version of Dancing with the Stars twice.

How did Val Chmerkovskiy earn his net worth?

Val Chmerkovskiy began dancing when he was seven-years-old and began competing nationally when he was just twelve. Three years later, Val won an IDSF World Championship, becoming the first (and last) American to do so.

Val Chmerkovskiy has won the U.S. Latin Championships fourteen times during his 15 year dance career. He also won the German Open, several Asian-Pacific Championships, the US Open and Blackpool. He has been both a Junior and Youth World Champion and currently holds the the U.S. Amateur Latin Championship title with his partner Daria Chesnokova. 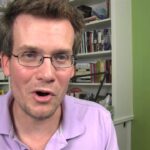 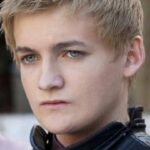