How much is Sharna Burgess worth?

Sharna May Burgess is a professional dancer on Dancing With the Stars, where she trains and performs with celebrities like Tavis Smiley. She joined the cast of the ABC reality dance competition during the sixteeth season.

Australian ballroom dancer Sharna Burgess has a net worth of $800 thousand dollars, as of 2021. Burgess is a dancer and reality TV star best known as a member of the ABC series’ Dancing with the Stars troupe.

How did Sharna Burgess earn her net worth?

Sharna Burgess grew up in Australia, where she began training in ballet, jazz and gymnastics when she was just 5-years-old. A few years later she added ballroom dance to her studies and began to participate in dance competitions.

Burgess went on to win many local and national titles before being chosen, at age 15, to represent Australia at the World Championships in both ballroom and Latin styles.

After that, Burgess moved to London, collected numerous dance titles, joined the touring theater production Simply Ballroom, and then spent six years with Burn The Floor traveling around the world and dancing on Broadway.

Then Burgess transitioned to television, appearing on Dancing with the Stars Australia and So You Think You Can Dance Holland then helped create a new style (hip hop fused with latin) and choreograph the movie Street Dance 2.

Burgess had also performed with the traveling Dancing With the Stars Troupe for three seasons before joining the cast in Season 16 when she was paired with controversial comedian Andy Dick. 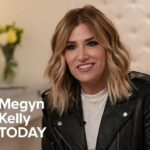 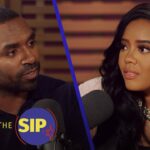