How much is Brooke Hyland worth?

Who is Brooke Hyland

Brooke Hyland was born on January 30th, 1998, in Murrysville, Pennsylvania as the eldest of three children. Her sister Paige appeared on Dance Moms with her. Brooke always loved to dance but later she started losing her interest. She was thinking about becoming a cheerleader or joining Cirque du Soleil.

Brooke Marie Hyland is the oldest child of three children of Randy and Kelly Hyland. During her time on Dance Moms, Brooke was the oldest permanent dancer on the team. It was stated that prior to the show, she was one of Abby’s favorites.

American dancer Brooke Hyland has a net worth of $500 thousand dollars, as of 2021.

How did Brooke Hyland get rich?

Talented dancer, Brooke Hyland is best known for her appearance on reality TV show Dance Moms on Lifetime. She also pursues her career as a singer.

During her performance on Dance Moms, Brooke was the oldest member of the elite team. Her solos weren’t always shown because she competed in another age category than the rest of the dancers. Both Hyland sisters left the TV show in the middle of 4th season after being dismissed from the team.

Hyland is also a singer, having released her first single titled Summer Love Song in 2012. It reached #9 on iTunes. In 2013, she released her debut album called Brooke Hyland. Thanks to her appearance on the TV show, Brooke Hyland amassed a pretty nice net worth for her age. In an interview, she said she would like to run a dance studio together with her sister int the future. 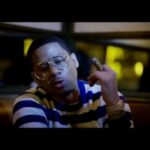 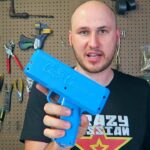