How much is Karina Smirnoff worth?

Getting her groove on as a professional dancer on ABC’s hit series Dancing With the Stars.

Who Is Karina Smirnoff

Ballroom dancing phenomenon Karina Smirnoff is known for turning macho celebs like Mario Lopez and Floyd Mayweather, Jr. into twinkle-toed studs on Dancing With the Stars, but this Ukrainian knockout also happens to be a world champion and a total brainiac.

Professional dancer Karina Smirnoff has a net worth estimated at $6 million dollars, as of 2020.

Dancing With The Pros

Karina Smirnoff grew up in the Ukraine. She started dancing at age five and proved her natural athleticism when she also excelled in ice skating and gymnastics. Dance was always her favorite, and Smirnoff permanently shifted her focus to ballroom when she began competing at the age of 11. Smirnoff’s family emigrated to the United States a year later, and the already disciplined young dancer took a temporary a break from competition to attend Fordham University in New York City.

She continued to train when she wasn’t hitting the books, and after she impressively earned two degrees in Economics and Information Systems Programming, Smirnoff decided to abandon her aspirations of becoming a lawyer and pursue a professional ballroom career.

Smirnoff partnered up with Slavik Kryklyvyy, and from 2001 to 2005 the hot couple won numerous awards including the U.S. Championship and the U.K. Open in the Professional Latin category. Though her partnership with Kryklyvyy was the most successful, Smirnoff had success with other partners as well, and became a five-time U.S. National Champion as well as a World Trophy winner.

With Smirnoff’s sexy looks and her undeniable talent, it was only a matter of time before Dancing with the Stars took notice. Smirnoff joined the show in 2006 and was paired off with Lopez. Lopez was a natural and the couple came in second. The next season, she followed up with a fifth-place performance with Miley Cyrus‘s father, Billy Ray Cyrus. Cyrus thanked her for her efforts with a guest role on his daughter’s hit show Hannah Montana.

Smirnoff has since become a fixture on Dancing, and has paired up with everyone from Floyd Mayweather, Jr. to Rocco DiSpirito to The Situation. She has yet to win the Mirror Ball trophy, but is only one talented partner away from taking the whole thing.

When she isn’t trying her best to make clueless celebs like The Situation learn the cha-cha, Smirnoff keeps busy by creating her personal brand. She released her first workout DVD in 2010, launched her own line of boots last January and plans to release a Karina cosmetics line with Girlactik Beauty.

From A.C. Slater To Hugh Hefner

Strutting her stuff on one of TV’s biggest hits must not be enough for Smirnoff, who appeared in a pictorial in the May 2011 issue of Playboy. But Hugh Hefner isn’t the only man who gives Karina his stamp of approval. She dated her Dancing partner Lopez from 2006 to 2008, and the couple even moved in together before calling it quits. She quickly moved on with her smoldering costar Maksim Chmerkovskiy in the summer of 2008, and the couple announced their engagement in January of 2009. Unfortunately, their whirlwind romance wasn’t meant to be, and they called off the engagement the following September.

Sexy Smirnoff wasn’t meant to be single for long, and started dating baseball star Brad Penny a month after her split with Chmerkovskiy when they were introduced by UFC star Chuck Liddell. They announced their engagement in 2010 and Smirnoff says she’s thrilled to be settling down with a true southern gentleman.

Defining Quote “Sexy is the confident energy a person produces … the comfortable feeling of being who you are.” 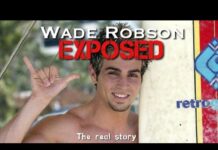 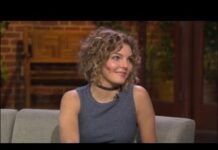 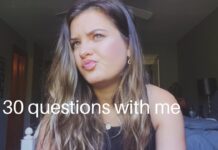 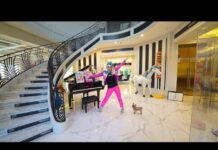