How much is Sharon Osbourne worth?

Who Is Sharon Osbourne

Sharon Osbourne was born Sharon Levy on Oct. 9, 1952, in Brixton, South London, England, into musical family. Her father was a music promoter and her mother a life-long lover of music.

Her father is famously known for managing Black Sabbath, the heavy metal rock group that Sharon’s famous husband, Ozzy Osbourne, fronted. At the time, however, Arden fired Ozzy from the band. The two allegedly share a contentious relationship, as Arden supposedly disliked Sharon and Ozzy’s relationship and tried – in vein – to break the two apart. Sharon’s relationship with her mother was no better.

British-American television personality, entertainment manager, and author Sharon Osbourne has a net worth of $225 million dollars, as of 2021. She is the wife of heavy metal singer-songwriter Ozzy Osbourne and became famous after appearing on ‘The Osbournes’ reality TV show.

Her relationship with her family, however, is far different. An unconventional family – at least by television standards – Sharon and Ozzy have three successful children, Aimee, Kelly and Jack. Kelly is known as the darling of 2010’s Dancing with the Stars and Jack has developed a burgeoning musical career.

She became famous to American audiences in 2002, when MTV began airing the reality show The Osbournes, chronically the daily life of the rock ‘n’ roll family. The smash hit lead to more television appearances and opportunities. In 2003, she launched her own talk show, The Sharon Osbourne Show. It was a quirky affair that never really took off and was canceled after one season. A second attempt in the U.K. also failed to gain ratings.

Osbourne returned to U.K. audiences as a mentor and judge of The X Factor, an American Idol like variety show. She also joined as a judge of America’s Got Talent on NBC.

She joined the CBS talk show The Talk in fall 2010. 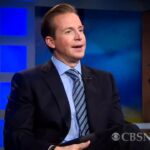 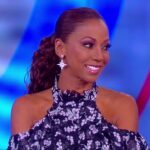