How much was Bob Ross worth?

Bob Ross, whose full name is Robert Norman Ross, was an American art instructor, painter, and television host. Known for having some of the most illustrious and enchanting artworks, he soon became a television face. He gained international popularity in the 1980s with the beginning of his instructional television program The Joy of Painting. As a creator and host of the show, he remained working for it until 1994. The show aired internationally from the United States, Canada, Europe, and Latin America.

At the height of his career, Bob Ross earned income equal to an estimated salary of $700,000 per year.

American painter, art instructor and television host Bob Ross had an estimated net worth of $2 million dollars at the time of his death, in 1995. He was the creator and host of The Joy of Painting instructional TV program which aired from 1983 to 1994.

He was born on October 29, 1942. His father was a carpenter, and his mother worked as a waitress. He was born in Daytona Beach but was raised in Orlando, Florida where his parents moved in the mid-1940s. During his pre-adolescent and adolescent years, he spent most of his time caring for injured animals such as armadillos, alligators, squirrels, and even snakes, all of which he eventually showed in episodes of his television show.

He dropped out of school during ninth grade and began working as a carpenter with his father. During work, he lost part of his index finger, which didn’t really play a part in his career in any way. In 1961, at the age of 18, he was enlisted in the United States Air Force. He first began working as a medical records technician and then rose to the rank of the master sergeant. He spent most of his time at the Eielson Air Force base in Alaska where he served as the first sergeant. It was at that time, after spending time around the snow and mountains, that he developed an interest in art.

The instructional television program not only boosted the painter’s popularity but his wealth as well. Prior to his television show, Ross spent more than 20 years working in the Air Force. Another thing that influenced him in becoming a painter was attending an art class at the club Anchorage USO.

In the 1980s, while working as a part-time bartender, he discovered a television show The Magic of Oil Painting. Bill Alexander’s show helped Ross study and master the technique of painting and soon, he began selling many Alaskan landscapes.

That decade, his income from the sales was exceeding the salary that he received in the military and he officially announced his retirement from the Air Force in 1981. With as little as an estimated $5,000 earned from the sales of his paintings, Ross decided to become a full-time painter. He began working with Alexander and joined his company called Alexander Magic Art Supplies. Besides being a tutor, he also worked as a traveling salesman, which earned him a living but by the sounds of it, not much more than that. Soon, he formed his own company, which included his permed hair as part of the logo.

Ross used his television show to promote a line of art supplies and class recordings which, along with the help of Annette and Walt Kowalski, became Bob Ross Inc. A company that would become a $15 million dollar business and expand to include classes taught by other artists trained in his Bob Ross’ methods. Following his death, ownership of the company was passed to the Kowalskis.

In early 1983, he signed with PBS for the creation and production of his own television show called The Joy of Painting. The first episode aired on January 11 that year and was watched by thousands. It followed the same format as its predecessor which is The Magic of Oil Painting, created and hosted by Bill Alexander, Bob’s mentor. Ross’ show aired until May 17, 1994, and by that time, it had 31 seasons and 403 episodes.

Thanks to his show, Bob Ross became an international sensation in the late years of the 20th century. Shortly after its first season, the painter’s show was viewed by millions in many countries around the globe such as Australia, Canada, the United States, and Europe, where it’s even re-run nowadays.

Apart from that, before and after the end of his show, Bob Ross was a television personality that took part in multiple television series, talk shows, and programs. His last television appearance before his death in July 1995 was on the pilot episode of The Adventures of Elmer and his Friends.

Bob Ross is considered to be one of the best artists of all time. Thanks to his conceptual ideas, imagination, and technical skill, he was able to make thousands of paintings that to this day remain classics. By the time of his death in 1995, Bob Ross’ net worth was estimated to be $2 million. The prolific painter’s happy little masterpieces can be found in his own company Bob Ross Inc. which is located in Herndon, Virginia. 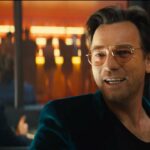 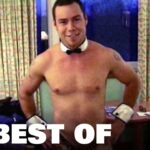