How much is Marion Cotillard worth?

Winning an Oscar for her portrayal of tragic songstress Édith Piaf in La Vie En Rose.

Who Is Marion Cotillard

Marion Cotillard was born into a theatrical family and lived just outside of Paris until she was 10. Hers was a busy and creative home—her father, Jean-Claude, was a writer, director, and performer for the celebrated Cotillard Company and her mother an actress. Her parents did everything they could to encourage the imaginations of their three young children, casting them in early children’s plays, inventing fairy tales to act out and allowing the kids to literally draw on the walls.

French actress Marion Cotillard has a net worth of $40 million dollars, as of 2021.

Coming Out Of Her Shell

Despite all this, Cotillard was a shy child, and precocious enough in her ability to have a full-blown existential crisis by the tender age of nine. “I really started to ask myself, ‘What am I doing here?’” she said, “’What are human beings doing here?’ I so wanted to understand, and I didn’t.” Her disposition was not helped by the family’s move from bohemian Paris to the more conservative Orléans before she entered her teens. “I didn’t like myself,” she admitted, and though she described herself as melancholic until well into her 20s, it was at drama school—the Conservatoire d’Art Dramatique—where she found her place.

Cotillard found that a full commitment to acting allowed her to express herself, and shot out of school with a hunger for challenging work that she’s been known for ever since. She had a number of small, meaty parts (notably in My Sex Life… or How I Got Into an Argument and La Belle Verte), but for all her talent and art-house chops, her big break came from a very small roll as a sarcastic sexpot in the French action/comedy Taxi (1998). The film was a shattering success, and to the surprise of Cotillard herself, she rode its popularity onto the mainstream.

Fortunately for Cotillard, the French mainstream doesn’t mean that you have to stop taking emotionally complex roles, and she left the action of Taxi for difficult and rewarding films. She played a civil disobedient in the Orwellian Furia, identical twins with opposite personalities in Les Jolies Choses, earning her second Cesar (French Oscar) nomination, and was introduced to American audiences in Tim Burton‘s fantastical Big Fish in 2003.

She continued to work tirelessly, increasingly getting the types of parts she desired. Most notable would be A Very Long Engagement in 2004, in which she was a proper femme fatale, exhibiting her ability to be devastatingly beautiful and terrifyingly dangerous at the same time (a trick she would bring back, to great effect, in 2010’s Inception).

And, though she would win a Cesar for her work, it would pale in comparison to what may be her masterpiece, 2007’s La Vie en Rose. The producers wanted a well-known actor, but in a distinctly French move, the director chose Cotillard to play the late singer Edith Piaf because he said they had similar eyes. It was the role of a lifetime and she excelled, with many calling it one of the best film performances of all time. She won 16 Best Actress awards in five different countries, including the coveted Academy Award.

Finally recognized for her generational talents, she enjoyed more American exposure while keeping the lust for great work that sets her apart. She starred with Johnny Depp in Public Enemies and Daniel Day-Lewis in Nine. Day-Lewis, one of the greatest actors in film history, was “absolutely blown away by her,” according to director Rob Marshall, “as I was, as anyone was.” But it wasn’t just her colleagues who were blown away by her—she started dating French actor Guillaume Canet, who she first met on the set of 2003 film Love Me if You Dare, in 2007, and the couple confirmed they were expecting a child together in January 2011. 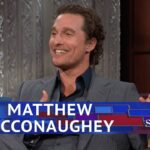 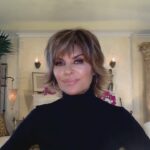