How much is Kyle Richards worth?

Kyle Richards began her career in 1974 when she was just six years old. In her first major television appearance, the child actress took part in the Western drama series Little House on the Prairie. Towards the late 1970s, she landed roles in various horror films such as The Car, Eaten Alive, and Halloween. She continued to shine in her early twenties and thirties by starring in various productions such as Beverly Hills 90210, C.S.I, City Guys, and 7th Heaven.

American actress, socialite, television personality, and philanthropist Kyle Richards has an estimated net worth of $60 million dollars, as of 2022. Richards first appeared in Little House on the Prairie, in 1975, when she was just six years old.

Kyle Richards was born on January 11, 1969, in Hollywood, California. She has two sisters, one of whom is Kathy Hilton – the mother of popular media personality and businesswoman Paris Hilton. Kyle’s parents separated in 1972, and two years later, she began her acting career. In what was her very first acting role, at the age of 5, she portrayed the character of Alicia Edwards in 18 different episodes of the Western drama Little House on the Prairie. Her older sister, Kim, also starred in one of the episodes, however, unlike Kyle, she wasn’t interested in starring in more than one episode. Also in 1974, Richards starred in the police television series Police Woman.

Her first role in a film was in the 1975 Escape to Which Mountain, where she played the role of young Tia Malone, although her role remains uncredited to this day. In 1977, the young actress worked her first horror film – The Car. In the thriller, both Kyle and her sister Kim played the supporting roles of two on-screen sisters. In 1978, she landed her first main role in John Carpenter’s classic slasher Halloween, where she worked with established actors Jamie Lee Curtis and Donald Pleasance. To this day, the Halloween films remain the most successful films that she took part in.

Throughout the rest of the 1970s, she continued to improve her acting skills. Some of her most notable performances are in the television series Carter Country, Fantasy Island, Flying High, Time Express, and Vega$. She reprised her role as Lindsey Wallace in Halloween II (in archival footage), while at the same time, took part in the films The Watcher in the Woods, Concrete Cowboys, and crime television series CHiPs.

In 1984, she received her first leading role in a reality series. She joined the cast of Down To Earth for seven consecutive seasons. At the age of 15, Kyle portrayed the character of Elizabeth “Lissy” Preston, which became one of the most beloved characters in the sitcom. Almost two years after Down To Earth had ended, in 1989, the actress landed the main role of Stephanie Davenport in the action/horror film Curfew.

The following year, she starred in the film Escape and went on a hiatus from acting. In the 1990s, Kyle focused on her family and married her second husband Mauricio Umansky with whom she has four daughters. After eight-years long hiatus, the actress returned to the film industry. In 1998, she took part in Nick Freno: Licensed Teacher and Love Boat: The Next Wave before she received an offer to join the medical drama ER.

In 2010, she became even more successful after she joined the cast of The Real Housewives of Beverly Hills. Thanks to her charisma and personality, she got millions of fans and soon began focusing on more business ventures outside of acting. She even got a nomination for a People’s Choice Award in the category “Reality Star of 2019”.

Since 2010, Richards’ has been one of the main stars on Bravo’s hit reality show The Real Housewives of Beverly Hills. Ten years later, she continues to appear on the show and is the last remaining original cast member. Besides the reality television series, she’s also known for her appearance in The New Celebrity Apprentice. Kyle Richards is also known for her many ventures including, fashion, memoirs, and philanthropy.

Joining the cast of the NBC medical drama ER for the role of Nurse Dori Kerns further elevated Kyle Richards’ acting career and helped her receive more opportunities. Simultaneously with her role in the hit television series, she also starred in the likes of Beverly Hills, 90210, City Guys, 7th Heaven, and Pledge This!.

From all of her acting work, as well as her appearances in TV series, combined with her appearances as herself and her books. It is estimated that Kyle Richards’ career earning have been about $25 million dollars. Of that amount, $2-3 million is expected to have been paid in business related costs. The remainder, $22.5 million, will have been taxed at around 47% as Richards has been residing in the state of California. After tax, it is estimated that her career earnings are at around $11.92 million dollars, having paid $10.58 million dollars in taxes.

Kyle Richards was married to Guraish Aldjufrie between the years of 1988 and 1992. They had one child together, Farrah Aldjufrie. When the marriage was dissolved, as Richards’ earnings were higher than hers it is likely that she was the one paying spousal support. Likely somewhere in he region of $1 million dollars. Four years later in 1994, Richards married to Mauricio Umansky.

Kyle Richards has said, “my husband and I didn’t have two nickels to rub together when we got married, so a prenup was not an option or even talked about.” Therefore it is considered that Richards has a net worth north of $60 million dollars, as California divorce laws stipulate an equal division of assets derived within marriage. Of course, that is just one interpretation.

Besides appearing in more than 210 episodes of The Real Housewives of Beverly Hills, Richards also continued to star in various films and television series. Among some of her noticeable appearances are in Celebrity Family Feuds, Match Game, and The Celebrity Apprentices 8. In the latter, she won $25,000 and donated for a charity of her choice. In 2021, she is expected to reprise her role as Lindsey Wallace in the classic film Halloween Kills, the final installment of the classic film series.

In 2011, she released her first book – a memoir titled Life Is Not a Reality Show, in which she shares tips on beauty, family, and relationships. In 2013 (and 2019), she held fundraisers for the CHLA (Children’s Hospital Los Angeles) and alongside her husband donated more than $100,000.

Apart from fundraising, writing her own memoir, and starring in her own reality show, some of her most prosperous ventures include fashion. In 2012, she founded the brand Kyle by Alene Too, a luxurious chain of boutiques available only in New York City and The Hamptons. However it closed in 2018. In 2014, she launched her own clothing line with the HSN clothing network. A few years later, she collaborated with Shahida Clayton for a clothing line named Kyle + Shahida, which was part of the New York Fashion Week in 2019.

Besides being one of the most iconic housewives in Beverly Hills, Kyle Richards is also known for her career as an actress. This philanthropist and socialite has been on television since the young age of 5 and now, she is one of the wealthiest and most inspiring wives in Hollywood. 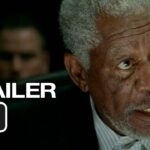 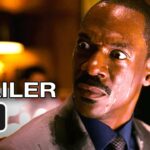