How much is Scarlett Johansson worth?

She’s talented and she’s gorgeous—a combination that is becoming increasingly rare in Hollywood. But it should come as no surprise, since Scarlett Johansson has been honing her craft since she was a little kid. The smoldering sexiness, however, is just genetic.

Who Is Scarlett Johansson

Scarlett Ingrid Johansson (born November 22, 1984. New York, U.S.) is an American Hollywood’s actress, as well as a writer, producer, singer and model. She is well known by her roles in the films “Lost in Translation”, “Girl with a Pearl Earring” and more recently, for “The Avengers” saga from the Marvel Cinematic Universe as “Black Widow.”

Scarlett has participated in more than 50 films (by acting or doing voice-over) and she has been declared as the world’s highest-paid actress since 2018 according to Forbes Magazine, with a net worth value of about $170 million.

She has also received numerous awards including a Tony Award, a Bafta Award, and several nominations for Academy Awards and Golden Globe Awards, among others.

Being a fashion enthusiast, Johansson is also a prominent brand endorser for famous brands like Dior, Versace, Rodarte, Dolce and Gabbana, and Calvin Klein.

Regarding her music career, Scarlett released two albums that reached a moderate success in the U.S. like “Anywhere I Lay My Head” in 2008 and the collaborative album “Break Up” in 2009. She also formed a band called The Singles in 2015.

As of 2021, we estimate Scarlett Johansson has a net worth of $170 million dollars.

Acting was in the cards for Scarlett, who grew up in New York the daughter of an architect father and producer mother, but she initially ran into trouble getting parts because of her raspy voice. She kept her eye on the prize and landed her first role when she was just nine in the feature film North alongside Elijah Wood and John Ritter. Two years later, she starred in Manny & Lo, a performance that garnered rave reviews and an Independent Spirit Award nomination for Best Actress.

Her big break came in the 1998 Robert Redford film The Horse Whisperer as a teen traumatized and severely injured by a riding accident. Her obvious talent and rave reviews led to a string of independent films like The Man Who Wasn’t There and Ghost World.

Nothing Lost In Translation

Scarlett was making a respectable name for herself in the industry, but she was still relatively unknown to the public until she starred in Sophia Coppola’s 2003 Oscar-nominated film Lost in Translation. As a young wife left to her own devices by her photographer husband while he worked on location in Tokyo, she captured the nuanced role to perfection. Furthermore, she shared amazing onscreen chemistry with Bill Murray, who played a washed up actor also whittling away his free time in a foreign country. It marked her transition into adult roles, and she easily  played a 25-year-old newlywed even though she was only 18 when she shot the film.

Overnight, everyone was buzzing about this voluptuous blonde bombshell. Her talent was starting to get eclipsed by her drop-dead-gorgeous looks and she was appearing on the cover of every fashion and men’s magazine on the planet. But the newfound attention only catapulted her career. Director Woody Allen appointed her his unofficial muse when he chose her as his leading lady in Match Point, Scoop and Vicky Christina Barcelona. She even shocked fans when she recorded an album of Tom Waits covers in 2007 and it…didn’t suck.

But with the fame came the rumors—she had sex with Benicio del Toro in an elevator, she threw a fit on the set of Michael Bay’s The Island because she wanted to go topless, she was feuding with her Iron Man 2 co-star Gwyneth Paltrow. But if you ask her, her personal life is nothing like the over-sexualized diva party the press makes it out to be. The secretive actress was in a long-term relationship with Josh Hartnett until 2006. The following year she started dating Ryan Reynolds. They got engaged in May 2008 before marrying in secret on September 27 of that year. But two years later, in what came as a shock to the entertainment world, the pair split in December of 2010. And quick to the rebound, Scarlett confirmed a budding relationship with A-lister, Sean Penn, when the duo showed up together at Reese Witherspoon‘s wedding.

But her talent is particularly sensational and getting cast in the wildly successful superhero franchise Iron Man means it is only going up. And, as if the boys didn’t already have enough reason to love her, she’s also a down-to-earth girl who drinks beer and has a dry, witty sense of humor and a potty mouth to boot.

How did Scarlett Johansson get so rich?

Entering the Marvel Cinematic Universe was definitively when Scarlett’s career really started to pay off; the movie “Iron Man 2” was a good start for Scarlett within the MCU due to its commercial success — about $600 million at the box office.

Although Scarlett’s role wasn’t too relevant, this movie was her entry point for what would later become the third-highest grossing film of 2012 worldwide: “The Avengers”, also from the Marvel Cinematic Universe.

This has helped her grow as an actress yet also financially, as these movies were all an exceptional commercial success, with “Avengers: Endgame” becoming beating Avatar as the highest-grossing film of all times. In total it grossed $2.798 billion dollars.

From 2018, Scarlett Johansson became the highest-paid actress in the world thanks to her character “Black Widow”, ahead of other high paid actresses like Angelina Jolie and Reese Witherspoon.

Having participated in more than 50 movies by only 35 years old, and already the highest paid actress in 2019 and 2020, Johansson’s fame has increased dramatically in the last few years.

Yet in reality, Scarlett Johansson has been involved in TV and films since she was just eight years old. When she was 10, she took a role in the movie North (1994); this was her debut as a professional actress and the starting point for her successful career.

Scarlett felt great attraction to the film industry since she was a young child. When she was seven, she enrolled at the Professional Children’s School, a private institution for aspiring child actors in New York.

After “North”, Scarlet continued her acting career in many movies, in several of which she drew much attention (and she also got some awards) for her great performance. Among these films we can highlight “Many & Lo”, “The Horse Whisperer” and “Ghost World”, movies from 1996, 1998 and 2001 respectively.

But according to Johansson herself (and critics) it was the movie “Lost in Translation” from 2003 starring alongside Bill Murray, that really allowed her to define her career. It was her first adult role as a promising and very versatile actress — she also won a BAFTA Award as Best Actress along the way.

After this period, Scarlett continued working on several movies which had low to medium commercial success (some of these with Woody Allen as director) but at the same time, this allowed her to firmly build her acting career by gaining experience and notoriety, as well as mingling with the right crowd.

Yet it was only in 2010 when she received the offer to take the role of “Black Widow” in the movie “Iron Man 2” that Scarlett Johansson finally found her role. This role would land her in a string of big movie successes starring alongside some of the biggest names in the industry like Robert Downey Jr and Chris Evans. The “Black Widow” character has taken Johansson from a lesser known actress from movies like Girl with a Pearl Earring (2003) and Lucy (2014) to a globally recognized star.

The great interest Scarlett Johansson had about taking part in the film industry early on, specifically Hollywood, played a key role in building her determination and later success.

She started to study acting when she was only seven years old, but even before that age, she used to practice at home in front of the mirror and in front of her family.

Not only that, Scarlett was definitively born to be an artist; she once said that during the filming of “North”, she “knew intuitively what to do”, so it’s easy to see in even her first performances, the great talent she had from an early age.

Scarlett also kept an open mind about her career and roles she would take on. She loved acting and tried to get involved in as many projects as she could. This attitude helped her get new experience and at the same time, it opened many doors along her career. That’s why when Marvel was looking for someone to fill the role of “Black Widow” that would eventually make her a big star, she was already equipped and ready to take it on.

We calculate Scarlett Johansson is worth $170 million dollars in 2020.

Looking at Scarlett Johansson’s career and life, it’s easy to understand why she is so successful. One of the key reasons is that Scarlett has never stopped working hard in her career. Even from an early age she was noted as being studious and would practice at home on a daily basis.

We can also see how compromising she has been, for example working while being pregnant for the filming of “Age of Ultron”, or how hard she began practicing stunts and reinventing herself for the role of “Black Widow”. She has thrown herself into every acting opportunity she has gotten, and when the time came for a role of a lifetime, she was ready. 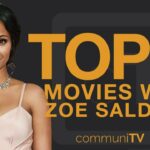 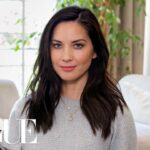