How much is Chris Evans worth?

Chris Evans is one of the most famous movie actors of today. He is one of the actors who profited most from the boom in comic book movies popularized by Marvel in movies like Captain America and The Avengers. He was born in Boston in 1981, but he spent his childhood in the town next to Boston called Sudbury. He has two brothers and a sister. His father Robert Evans III works as a dentist, while his mother works as an artistic theater director.

He and all of his siblings were raised Catholic, mostly due to the influence of his mother’s side of the family. His mother has Italian roots. After Chris Evans graduated from high school he moved to New York to pursue a career in acting. The first step towards that goal was enrolling in the Lee Strasberg Theater and Film Institute.

How did Chris Evans get so rich?

Even during his younger years, Chris Evans knew he wanted a career in acting and was trying to be in commercials, movies and TV shows even as a teenager. When he was 19 he made his first proper big-screen debut in the movie The Newcomers. For the first part of his career, he played similar, jock-like roles in parodies and teen movies. Some of his most prominent roles in the early part of his career were, Jake Wyler in Not Another Teen Movie, and the protagonist of the teen movie The Perfect Score. That was one of the worst movies of the year, critics enjoyed butchering it to bits and pieces. One of the lowlights of the film, at least according to critics was Chris Evans himself. The majority of critics found his performance bland or totally uninteresting.

A few years later he would star in the movie Cellular, among a few really good actors like Kim Basinger and Jason Statham. While the movie was not a success, Chris Evans started to win the critics over. The majority of them praised his performance, while some indicated that he has a charisma that, if nurtured correctly, could help him blossom into a leading man.

The year 2005 would mark a shift for the young career of Chris Evans. He would be cast as Jonny Storm, aka the Human Torch in the Marvel movie The Fantastic Four. This would be his first of many portrayals of a comic book or graphic novel character. The movie was a mixed bag according to the critics, but a large success commercially and spawn a sequel, The Fantastic Four – Rise of the Silver Surfer. It would be safe to assume that Chris Evans was the biggest profiteer out of all the cast of those two movies, along with Jessica Alba.

Five years later, in 2010 he would sign a deal with Marvel that would transform his life forever. He was selected to portray Marvel’s iconic character, Captain America, across many films, which would carry the first few phases of the Marvel Cinematic Universe. Carried by good writing, directing and a stellar, charismatic performance by Chris Evans the movie was a smash hit, making close to $400 million dollars at the box office and it was the herald of the new age of Marvel movies. Following that movie, Chris Evans was a global movie star.

A year later he would join the whole cast of Marvel characters in the comic book movie epic The Avengers. The movie would go on to become one of the highest-grossing movies of all time, earning more than $1.5 billion dollars at the box office worldwide. His next big Marvel project was The Winter Soldier, a story about Captain America reconnecting with his long lost war buddy named Bucky. It was also a great success, earning more than $700 million at the box office. He would also appear in Avengers Infinity War, and Captain American Civil War.

Evans was paid just $1 million to star in the first Captain America movie in 2011, Captain America: The First Avenger, yet now commands a minimum of $15 million per movie.

Plus doing Marvel movies didn’t stop him from making other great, artistic movies as well. He was the protagonist of the movie Snowpiercer by the Oscar-winning Korean director Bong-Joon Ho. That movie was a commercial and critical hit. Many critics called it a masterpiece and praised his portrayal of the leader of the rebellion. He also starred in the award-nominated mystery thriller Knives Out.

Just by one look at the face and body of Christ Evans, we have to conclude that he is his a handsome man. He also had a charisma which makes him quite the trustworthy and likeable guy. On the other hand, he was also lucky to be born in a time when guys with his looks and physic get cast. If he was born in, for example, the 50s, and tried to be an actor in the 70s he would probably struggle since the vast majority of movie stars during those years were Al Pacino and Dustin Hoffman, both short and skinny guys.

But, he did progress as an actor. We can tell that by the caliber of movies he made, the directors he worked with, and also what the critics say about him. It is incredible when you imagine that a guy who played your archetype dumb jock in a parody movie, would go on and carry one of the biggest movie franchises in movie history.

We calculate Chris Evans is worth $85 million dollars as of 2021.

A young kid from a small town around Boston had big dreams. With some talent, charm, luck and a lot of hard work, failed castings and auditions, he managed to turn that dream into a reality. Naturally, there were times when those dreams seem so far away that he thought about quitting, but he didn’t. And this time he found his niche, comic book movies. Staring in Scott Pilgrim and the Fantastic Four movies prepared him for his role of a lifetime, as “Captain America”.

As the life and career of Chris Evans show, to every great success, you need a bit of luck, and you can gain the most important lessons from your biggest failures. But without trying non-stop, you won’t seize the opportunities that life gifts you. 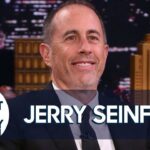