How much is Woody Allen worth?

Who Is Woody Allen

Woody Allen is an actor, director, comedian, and movie producer who first found success in the sixties and has been active for more than sixty years. The director has won multiple awards for his filmmaking and has received numerous accolades for his stand-up comedy, including being named the fourth greatest comedian by Comedy Central. Often working with Diane Keaton, Woody Allen’s most famous works include the Academy Award winning romantic comedies Annie Halland Manhattan, which are known as two of the greatest movies of all time thanks to their autobiographical nature. Even in his later years, Allen released modern classics and box office hits such as Midnight in Paris, Match Point, and Vicky Christina Barcelona.

How Did Woody Allen Get So Rich?

Though it isn’t clear exactly how much Allen made from his most successful movies, it’s likely millions per release, and as the prolific filmmaker has directed over 40 films in his career, it adds up to quite a retirement fund, but that’s if he ever retires. Allen generally releases a movie every year, being just as prolific as he was 40+ years ago, and his movies continue to be massively successful at the box office. From the 2000s and 2010s, Allen’s pictures consistently made between $90 – $100 million, peaking with the Owen Wilson starring movie, Midnight In Paris, which grossed over $150 million.

But, of course, the bulk of Woody Allen’s wealth comes from the classics the writer penned and directed through out the 70s. His most notable work, Manhattan, made close to $40 million in 1979, and adjusted for inflation, that amount increases to $141 million, which is amazing considering Allen hated the final product and pleaded with the studio to not release it. And it was easy money for a screenplay that reportedly only took four days to write. Annie Hall was an even bigger success, grossing $143 million worldwide.

Woody Allen’s career first kicked off when he scored a writing gig on Your Show of Shows, which was Sid Caesar’s comedy variety show. On the program, the young writer got to work with comedy heavyweights such as Mel Brooks, Carl Reiner, and Neil Simon, cutting his teeth by shadowing the stand-up superstars. Allen’s success was modest at the time, having several short stories published in The New Yorker and writing bits of material for TV. He also started performing stand-up himself, popularizing a monologue style delivery instead of telling traditional jokes, and created an exaggerated version of himself that audiences know today as the nihilistic, intellectual, awkward Jewish writer.

Though the filmmaker began directing in the 1960s, it was in the 1970s when Allen made a mark for himself on the big screen. Allen might have cut his teeth as a comedian, but Allen is now known as one of the most influential directors in the world mostly due to his output in the 1970s. His first mature and insanely well received movie was Annie Hall, which has been voted the funniest screenplay ever written, and the 31st greatest film in American cinema, according to AFI. The movie can simply be summed up as a romantic movie where two people fall in love, but it is renowned for they way it portrays modern romance unlike any other movies of its time. One of the most iconic comedy scenes of all time is in Annie Hall, wherein Allen is sitting in front of a pile of cocaine, which gets blown away when he sneezes.

The next tent pole movie in Allen’s career was Manhattan, another collaboration with Diane Keaton and also starred Meryl Streep. The movie is known more for being a love letter to the city and for it’s beautiful and iconic black and white shots of New York as it is for its story. In the film, Allen plays a twice divorced 40-something who falls in love with a 17 year old girl. Though that would never get green lit today, Manhattan remains one of the most classic movies in history, and was nominated for numerous Academy Awards including best supporting actress and Best Writing.

Woody Allen is unique in Hollywood in that he is one of the only filmmakers who writes, directs, and stars in almost all of his movies. And a lot of the success comes from many of those movies clearly being very autobiographical. In Manhattan and Annie Hall, there are several references to Allen’s own life, as well as the characters he plays in the movie having a personality exactly the same as himself. Diane Keaton’s real surname is Hall, and her nickname used to be Annie, and as she starred as the titular character in Annie Hall, it’s obvious that the movie is based on Allen and Keaton’s real life relationship, as they both essentially play an on-screen version of themselves.

After directing bizarre comedies that did moderately well in the early 70s, Allen obviously found massive success in the mid to late 70’s with films based in New York. Though the autobiographical elements significantly aided the movies’ successes, there was another element to the box office pull they had too. Both Annie Hall and Manhattan are set in the Big Apple, a very romanticized version of it that controversially completely glosses over all the crime in the city. The shots in both films are beautiful, and the movies are pure eye candy for cinephiles.

With his intellectual sarcasm that is unrivaled in cinema (though Larry David gives Allen a run for his money in HBO’s Curb Your Enthusiasm) and aesthetically pleasing vistas of New York captured on film, Woody Allen has built a filmography consisting of over 40 classic and thought provoking comedies. Owed to being a workaholic and the way he spits out movies on an annual basis, the director has a net worth of over $80 million. Though there is no release date as yet, Allen ha just wrapped up filming Rifkin’s Festival, a movie starring Christoph Waltz. 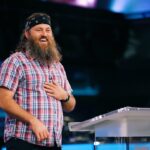 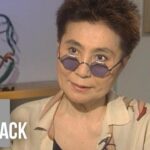