How much is Colin Jost worth?

Who Is Colin Jost

Maybe you’ve watched Saturday Night Live and wondered, who’s that guy with the slicked back hair co-hosting weekend update? Maybe you’ve seen this same actor appearing in roles as diverse as Wrestlemania or “Staten Island Summer.” Maybe you’re wondering who the lucky guy is who’s been dating Scarlett Johansson. If you are, all those questions lead to the same actor: Colin Jost.

How Did Colin Jost Get So Rich?

Colin Jost started raking in the dough when he became a co-host on Weekend Update in 2013. In this role, as well as being a co-head writer, Colin earns $25,000 per episode. This makes Colin one of the highest paid actors on the show. If Colin appears in every episode in an SNL season, he makes over 500k a year. These earnings, coupled with what he has earned as a writer and comedian in venues including the Just for Laughs festival and on Broadway has helped him earn a net worth of $6 million. It might not be as much as his girlfriend, but Colin is still doing pretty well.

On the small and large screens, Colin has been steadily keeping the Saturday Night Live legacy alive while breaking into a variety of roles. Colin began his comedic career as the president of the Harvard Lampoon, the famous college publication that helped to launch many a comedian’s career, such as Conan O’Brien. Soon after graduating, Colin was hired as a writer for NBC’s Saturday Night Live in 2005. He worked as a writer for many years, eventually becoming the writing supervisor, before being asked to replace Seth Myers on the Weekend Update portion. This has been Colin’s most famed role to date. He also wrote the screenplay for “Staten Island Summer” and, along with a small appearance in that film, had a cameo in “How to be Single.” He has also made a variety of late-night stand-up appearances, published pieces in a variety of publications and even appeared with Weekend Update co-host Michael Che on WWE’s Monday Nigh Raw.

What Makes Jost So Successful?

Saturday Night Live is a prestigious program, and Colin would not have lasted so long if it were not for the skill set he has. First, Colin is just plain humorous. He’s been writing comedy pieces and sketches since college and has been performing stand-up since graduating. This has helped him hone the craft of delivering comedy to a variety of audiences and getting them to laugh with him. Colin Jost also is a very versatile actor and writer. Colin not only writes for Saturday Night Live, he has also written for The New Yorker, The New York Times magazine and the Huffington Post.

Beyond writing, his acting appearances have ranged from his role as co-anchor on Weekend Update to other famed sketches on SNL as well as his film and late-night appearances. Colin’s versatility has allowed him to keep his comedy fresh and relevant, like when he portrayed Pete Buttegieg during his election campaign, while appealing to a variety of audiences that solidifies him as an all-around comedic whizkid. If you haven’t already read Colin’s recent memoir, “A Very Punchable Face”, you might also realize that Colin has a very down-to-Earth and self-deprecating style of humor that makes him just downright likable. Colin isn’t an over-the-top hype man nor does he try and follow a pop sensation or some niche role. Colin doesn’t play up his Ivy league roots but presents a chill, clueless klutz who we can all relate to and like as well. Maybe that’s why Scarlett is so fond of him as well as all of his fans.

Saturday Night Live is an American institution that has helped to launch so many comedy careers, from Adam Sandler to Will Ferrell as well as Jimmy Fallon, Tina Fey and Seth Myers. Some comedians have based their careers around their SNL roles, since the show’s not going anywhere and certainly isn’t losing appeal. Part of the reason that SNL remains so relevant are the writers and actors it chooses; Colin Jost has certainly earned his place among the SNL greats. If his working his way up to being a head writer wasn’t enough, co-anchoring Weekend Update has helped to cement Colin’s status as one of today’s best, brightest and richest comedy stars. Colin is sure to keep producing quality work, whether on SNL or whatever other roles he will be starring, and is sure to keep moving up as a rich and famous star. 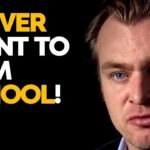 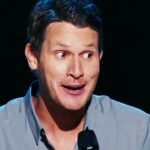