How much is Danny DeVito worth?

Daniel Michael DeVito Jr. was born on November 17, 1944 and is an American actor, comedian, director, producer, and screenwriter with an estimated net worth of $60 million. Danny DeVito is one of the most recognizable actors in Hollywood today. Although short in stature, standing at just 4 foot 9 (1.47 m), Danny’s comedic talents are quite large. And, he has managed to parlay his gifts into a successful Hollywood career both in front of and behind the camera.

Over the decades, Danny has become a household fixture thanks to popular comedic roles in television series such as Taxi along with films like Romancing the Stone. He perfected a type of comedic character that was rough on the outside, but with a heart of gold. Well, sometimes the heart was not made of gold, but even in his more villainous roles audiences loved it.

As of 2022, Danny DeVito has an estimated net worth of $60 million dollars. For Erin Brockovich (2000), DeVito was one of the producers nominated for an Academy Award for Best Picture.

Daniel Michael DeVito Jr. was born on November 17th, 1944 in Asbury Park, New Jersey. He came from a humble background as his mother was a homemaker while his father ran a variety of small businesses. His original career goal was to be a cosmetician and worked in his sister’s beauty salon. While attending the American Academy of Dramatic Arts in New York to further his cosmetology career, Danny fell in love with acting.

Danny began his professional acting career playing a thug in the little seen Dreams of Glass in 1970, but quickly moved to the stage for the next several years. He returned to film in a small role in One Flew Over the Cuckoo’s Nest, but Danny still struggled until landing his big break, the role of dispatcher Louis DePalma on the hit show Taxi.

Danny’s success in the role, which landed him an Emmy, led to film roles in successful movies such as Romancing the Stone, Ruthless People, and Twins. But his ambition went beyond acting and soon Danny was producing and directing films like Throw Momma from the Train and Hoffa. Danny’s old buddy from his early acting days, Michael Douglas, starred in another film Danny directed, The War of the Roses. As well as in Jewel of the Nile.

Danny also met Rhea Perlman and together they had three children. There is little doubt that Danny has enjoyed considerable success on the stage, screen, and in television.

As any good financial advisor will tell you, diversifying your portfolio is a key to a long-lasting fortune. In a sense, Danny has done the same thing by reaching beyond his acting career to producing and directing films and television shows. While many know Danny from his stint on programs such as Taxi and It’s Always Sunny in Philadelphia, what you may not know is that Danny has also co-produced films such as Pulp Fiction and Erin Brockovich. The success of both films boosted Danny’s fortune considerably. Plus, when Erin Brockovich received an Academy Award nomination for Best Picture, it earned Danny his first Oscar nomination. He is also one of the producers of Reno 911, a long-running comedy program on Comedy Central that is being revived in 2020.

Danny’s fortune has been built up over the years thanks to raking in substantial salaries for his acting work, percentages of the profits from producing films, and smart investing to ensure that he and his family are financially sound. He also never rests on his laurels. His attitude is one of what can he do today which keeps him quite busy while he protects his financial status.

Talent, determination, and persistence are the foundation of Danny’s success. But unlike some other comedic actors who never seem to keep their fortune, Danny has made some smart business decisions that have led to acquiring a considerable fortune.

The combination of smart career choices and never letting fame interfere with his business decisions has made Danny quite successful. His career is a testament to how an actor with seemingly substantial shortcomings on the surface can be quite versatile, engaging, and active when constantly challenging himself. It helps that Danny has never given a bad performance. Even in films or television shows that may be less successful overall, Danny is usually singled out as a bright spot. There is something innate in his acting choices that make it perfect for the role he is playing.

From the self-centered Frank on It’s Always Sunny in Philadelphia to darker roles such as his classic portrayal of The Penguin in Batman Returns, Danny manages to find the right note with all his performances.

As many in Hollywood can tell you, becoming successful is one thing, but maintaining success is another matter. While he has been successful in diversifying his career, Danny has not forgotten the type of characters that helped make him famous. A good example is his current role on It’s Always Sunny in Philadelphia. After the first season aired on the FX channel, Danny was brought in to help boost the ratings of the show. His character of Frank embodied all that was familiar to his long-time fans while at the same time helping to make the show a big hit. The show is still being produced today.

It’s fair to say that his fame stems from his hilarious characters that are based on universal truths. Plus, his ability to play less than lovable characters while still making them lovable or at least understandable. A good example is from Ruthless People where Danny is the villain of the film, yet still garners plenty of love and respect from the audience. He also appeared on Friends “The One Where the Stripper Cries” (TV Episode 2004).

For decades, Danny DeVito has entertained movie and television audiences with his unique brand of comedy. From his early career with dramatic parts in films like One Flew Over the Cuckoo’s Nest to his iconic comedic performance in the hit TV show Taxi and moving into producing and directing films and television programs, Danny has become quite successful and financially secure over his career. After DeVito won audiences with his comedic roles in movies he has since jumped into TV shows and shown a live even funnier side of himself. 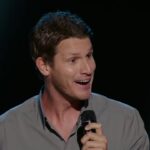 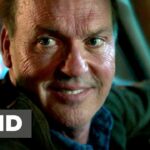