How much is RuPaul worth?

RuPaul, whose full name is RuPaul Andre Charles, is an American actor, singer, songwriter, television personality, and most notably drag queen. His career began in the 1990s and since then he’s become one of the most successful and influential drag queens of all time. Since 2009, he’s been the host and producer of his own reality competition series – “RuPaul’s Drag Race”. The show was a huge hit and it earned the star six consecutive Emmy Awards from 2016 to 2019.

Thanks to his charisma, unique personality, and talents, RuPaul became a worldwide sensation. His very first song titled “Supermodel (You Betta Work)” quickly helped him achieve international fame as a drag queen. In 2019, he was dubbed the most famous drag queen in the world by Fortune magazine. Most recently, he was also added to the Time 100’s list that highlights the most influential people in the world. Apart from the aforementioned reality competition, RuPaul is also known for his hit singles and multiple appearances in both films, television series, and reality shows.

How Did RuPaul Get So Rich?

The release of his first hit single “Supermodel (You Betta Work)” in the early 1990s helped RuPaul not only gain national fame but also become very rich. The song served as the lead single of RuPaul’s debut studio album called “Supermodel of the World” released in June 1993. Despite peaking at number 109 in the US Billboard 200 chart, the project eventually topped the newly established US Billboard “Top Heatseekers” chart.

In the mid-1990s, RuPaul signed a modeling contract with MAC Cosmetics, which further elevated his drag career and soon he was featured in many billboards while in full drag. At that time, he also wrote his autobiography titled “Letting It All Hang Out” and landed his own talk show on VH1 – “The RuPaul Show”. Immediately after it first aired, the show was a huge success as it attracted millions of viewers and included interviews with many celebrity guests and musical acts such as Nirvana, Cyndi Lauper, Diana Ross, Mary J. Blige, and the Backstreet Boys among many others. The talk/variety show eventually became one of the very first national televisions in the United States to have an openly gay host.

RuPaul easily became famous thanks to his abilities to stand out and perform in drag. He was born on November 17, 1960, in San Diego, California. After his parents divorced in his early years, Charles and his three sisters were raised by their mother. At the age of 15, alongside his sister, he moved to Atlanta, Georgia where he studied performing acts. During his twenties, he was aspired to become a filmmaker and musician, however, he had many struggles with both.

In 1982, he debuted on “The American Music Show”, an Atlanta-based public access variety show in which he had frequent appearances. Around the same time, he began participating in the underground cinema and contributed to the creation of the low-budget film – “RuPaul Is: StarBooty”. Especially for the film, RuPaul even co-wrote and helped produce songs for the soundtrack album. Throughout the rest of the 1980s, he continued to perform in multiple clubs and variety shows, with his most memorable performance at that time being a backup singer for Glen Meadmore. By the end of the decade, His first national exposure was in 1989 after he danced as an extra in The B-52’s video for “Love Shack”.

What Makes RuPaul So Successful?

It’s a known fact that the main reason why RuPaul became so successful is his ability to excel in various fields of the entertainment business. He’s done everything there is – acting, singing, hosting, producing, and even writing. At the beginning of the 21st century, the sensation continued to release new music and act in some popular films and television series such as “Hercules”, “Sabrina, the Teenage Witch”, “Walker, the Texas Ranger”, and “Popular”. He also agreed to take part in many reality series as well such as “Top Chef”, “Project Runway”, and “The Face”.

In the late 2000s, Charles’ career hit its peak with the introduction of the reality competition “RuPaul’s Drag Race”, which further elevated him as one of the most influential public figures in the country. The reality television game show first aired in February 2009 on Logo and after its eight-season, it moved to VH1. Shortly after the premiere of season one, the show amassed millions of fans from all over the world and since then has led to the creation of many specials, spin-offs, and international versions. Among one of the most successful spin-offs is “RuPaul’s Drag Race All Stars”. Mainly because of his outstanding performance as both director and host earned, RuPaul has earned six Primetime Emmy Awards and a lot of nominations for various awards.

Even now, the superstar continues to build his legacy and star in various productions. In 2020, he created his own Netflix comedy-drama show “AJ and the Queens”, which was eventually canceled after two months on the air. He also hosted the “Saturday Night Life” for the first time in his career. The episode in which he hosts aired on February 8, and it featured Justin Bieber as the musical guest. Simultaneously with hosting, and acting, RuPaul also released his thirteenth studio album called “You’re a Winner, Baby”, which was met with generally positive reviews. His most recent work is the song “Clapback”, which was used as a theme song for the latest season of “RuPaul’s Drag Race All Stars’.

When it comes to successful artists and talented people, RuPaul is certainly one of them. The sensational RuPaul has won the hearts of millions from around the world and has inspired people that have a passion for drag. Besides six Emmy Awards for his epic reality competition, RuPaul has also won multiple awards for his acting and singing abilities.

RuPaul has hosted multiple reality shows, released 14 studio albums released, worked as a spokesperson for multiple companies, and even wrote his own autobiography. In 2018, after he received his own star on the “Hollywood Walk of Fame” for his contribution to the television industry, the star made history once again by becoming the first drag queen to ever achieve this. 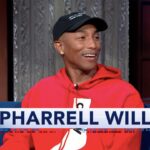 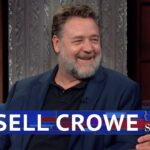