How much is Nicole Richie worth?

We were introduced to Lionel Richie‘s daughter along with her then-BFF Paris Hilton on The Simple Life before the two parted ways. Along with scattered TV show appearances, Nicole has her own accessory line, House of Harlow.

Who Is Nicole Richie

It seems like Nicole Richie, the once party girl and rehab bird who called Paris Hilton her BFF, has made the turn around of the century—especially by Hollywood’s standards. And although life is anything but simple for the reformed mother of two, she sure makes it look that way.

American TV personality Nicole Richie has a net worth of $10 million dollars, as of 2021.

Born in Berkeley, California Nicole called a different couple mom and dad before she moved in with singer Lionel Richie and his wife Brenda. Nicole’s biological parents allowed their daughter to call the Richie’s household home when she was about two years old—knowing that she would have more opportunities with the famous couple. Seven years later, Lionel and Brenda formally adopted Nicole.

In 1986, she started at The Buckley School for kindergarten where she met a little blonde cutie with the last name Hilton. From there, the two instantly clicked and started a friendship that would later be broadcast for the whole country to see.

But while Nicole was happily gallivanting with her new friend, her home life was becoming strained. Soon after she was officially adopted, news of Lionel’s affair with another woman became front-page news and Brenda left him. But life took a turn for the better when, as a teenager, she gained two half siblings after Lionel remarried.

She went on to attend Montclair College Preparatory School before she studied at the University of Arizona for two years. In 2003, school was given a backseat shove when the socialite, who had been notorious for giving police scanners some action with her 2003 narcotics possession charge, landed a reality series with BFF Paris. The two found themselves on a farm in Arkansas where they would live The Simple Life and had to (or were supposed to) ditch their Louis Vuitton bags for bales of hay. The series was picked up for a second season and a spinoff entitled The Simple Life: Interns soon followed.

As the series progressed, Nicole underwent some radical changes. Perhaps affected by being in the constant shadow of Paris, she ditched her messy BoHo look in favor of a more streamlined style. But that wasn’t the only thing she ditched—she rapidly started to lose weight making some speculate that she had an eating disorder, and her friendship with Paris was becoming obviously strained. The two filmed the fourth season of their show spending as little time together as possible before they called it quits altogether.

For two years, starting in 2003, Nicole dated the late DJ Adam Goldstein (DJ AM). The two were engaged, but ultimately called off their wedding.

With newfound free time after The Simple Life, Nicole decided to write a book. Nicole took pen to paper and authored a novel, The Truth About Diamonds, that follows the daughter of a rock star who battles drug addiction and the fast crowds of Hollywood (sounds familiar). She followed her first novel up with Priceless, which was released in the fall of 2010.

But forget fiction, Nicole was back deep in reality when she gave birth to her first child, Harlow Winter Kate Richie-Madden in 2008 and Sparrow James Midnight Madden in 2009 with boyfriend and Good Charlotte front man, Joel Madden. And although a bit backwards in the conventional sense, the two, who started dating in 2006, became engaged in early 2010 and in December, married at dad, Lionel Richie’s 28-room Los Angeles estate.

But just as much as her party girl days, Nicole is equally known for her bohemian fashion. She decided to cash in on her trend setting status when she launched her clothing line Winter Kate and jewelry and accessory line House of Harlow 1960.

Nicole looked like another socialite going the way of drug-addled failure, but she managed to turn her life around and become a mature, stylish mom and now wife.

Defining Quote “Clothing was something I always wanted to do. I’ve been pulling tear sheets from magazines since I was a little girl.” 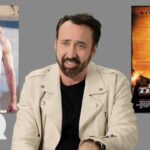 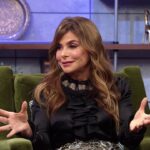