How much was James Gandolfini worth?

James Gandolfini was known for one role more than any other, possibly one of the most important roles in television history, Tony Soprano. As Tony Soprano, Gandolfini played the head of an Italian gang based in New Jersey in the hit show, The Sopranos, which changed the way actors approached television roles forever.

The actor also has had many minor roles as henchmen or as a mafioso like in the Tony Scott/Quentin Tarantino movie, True Romance (1993). He leaves behind many respected performances in movies like In The Loop, Zero Dark Thirty, Killing Them Softly and Enough Said.

American actor and producer James Gandolfini had an estimated net worth of $50 million dollars at the time of his death, in 2013. As Tony Soprano in HBO’s television series The Sopranos, Gandolfini was paid up to $1 million per episode.

The actor unfortunately passed away in 2013 at just 51 years old, but left a mark on film and TV history.

There’s no doubt that Gandolfini accrued most of his wealth from playing Tony Soprano. Even resorting to what some could call strong-arm tactics in the business. Like the time the network apparently “failed to inform him in writing that the series had been renewed for a fifth season”. I guess he must have thought the show was all over and didn’t have a clue he would be wanted back.

HBO returned fire noting that this was a classic maneuver to try and win more money for Gandolfini. Gandolfini was already on a contract for the first two seasons paying him $5 million dollars. He managed to negotiate that to $10 million per season from season three onwards.

But now before season 5 was about to start it seems Gandolfini’s plata o plomo approach was getting old and HBO ended up firing back with a $100 million dollar lawsuit of their own citing the obvious damages the network would lose by suddenly ending the series early or replacing Gandolfini just as the show was beginning to hit critical mass.

In the end both sides made amends and the show did go on, paying Gandolfini about $800,000 per episode. For the final season of the greatest TV show of all time, Gandolfini negotiated his way to an incredible $1 million per episode. And so him making a few moves on his own did finally pay off. After all was said and done he said, “I have nothing but respect for HBO.”

The Sopranos was different to other crime dramas on TV in that most of them run for only 10 or 13 episodes per season, but The Sopranos often ran for more than 20 episodes, and the final season is no different. In the show’s sixth and final season, there were 21 episodes, which means that the star earned $21 million for one season, and that’s more than any other star in a crime drama in history. Though it isn’t clear how much Gandolfini earned for the earlier seasons of the show, he racked up close to $40 million for the final two seasons alone. A far cry from what he likely had ever dreamed of earning back in the 80s in the early years of his career.

It was quite a while before Gandolfini got his big break in acting, even in the 1990s, the actor was pigeonholed into the token henchman who would rough up a protagonist before getting his ass handed to him. This can be seen most notably in the Tarantino penned and Tony Scott directed classic, True Romance. In the movie, Gandolfini beats Patricia Arquette’s character to a bloody pulp, until she gets revenge on him and brutally murders him in a shower. As the movie was released in 1993 and the actor since became world famous, some audiences now believe that tiny role was a cameo, but in reality, Gandolfini was living paycheck to paycheck at that point.

Right before the turn of the decade in 1999, after playing enough gangsters and henchmen for a lifetime, Gandolfini was cast as Tony Soprano in The Sopranos, a HBO show that would change television forever. It had a perfect script with so much backstory, depth, and detailed characters. Without The Sopranos, there would be no Breaking Bad, Fargo, and though they are worlds apart, there would be no Game of Thrones. The show won over a hundred awards in its lifetime, including a Golden Globe for best actor for Gandolfini. In its run, The Sopranos had an average of nine million viewers per season, peaking at season four with 11 million.

Gandolfini found a new generation of The Sopranos fans posthumously, as after his passing made front page news, millennials were only just finding out about the show, and there was a spike in DVD sales and streams for it. And though the actor didn’t appear in many films after the finale of The Sopranos, when he did feature in a movie, the acting was unrivalled on-screen. Gandolfini played General George Miller in the hilarious political comedy In The Loop, and the Mayor of New York in another collaboration with Tony Scott, The Taking Of Pelham 123.

Most gracefully, Gandolfini’s final leading role was in Enough Said, a heartfelt drama comedy costarring Julia Louise Dreyfus. Gandolfini was commended for his acting in the movie, which ended up being dedicated to him.

Though his heft was subject to a plot line in The Sopranos in which his character is massively susceptible to heart attacks, the gargantuan size of Gandolfini, both in height and weight, is what has scored him most of his roles in his career. The actor has mostly played bodyguards, henchmen, and gangsters. As he has been reported as being one of the friendliest and kind hearted people in real life, his physique has helped him maintain a sense of intimidation, which is Tony Soprano’s greatest (and maybe only) business asset.

Besides the actor’s build, Gandolfini’s success simply comes down to being a magnificent actor, especially as he portrays a gangster who has proven that he is capable of truly evil things. The actor can be charismatic, funny, caring, and most of all, scary. He is even capable of being full of energy, which makes any time he’s on screen absolutely electric. Though he played the character for six years, Gandolfini’s performance seemed completely natural from the very first episode, and it’s debatable if there has ever been a performance as good before the show’s inception or after its end.

The Sopranos put Gandolfini on the map, and though it was with the help of some fine writing, dynamite directing, and perfect production, it was Gandolfini that brought the character of Tony Soprano to life and why that six year long role will always be seen as the godfather of TV characters. Thanks mostly to his tenure on the envelope pushing show, James Gandolfini had an estimated net worth of $50 million at the time of his death, and he lives on through generations.

In October 2021, a prequel to The Sopranos called The Many Saints of Newark was released on HBO, it stars Jame Gandolfini’s son as a younger Tony Soprano. 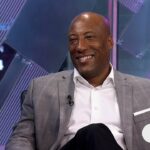 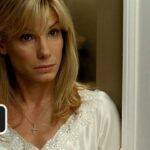